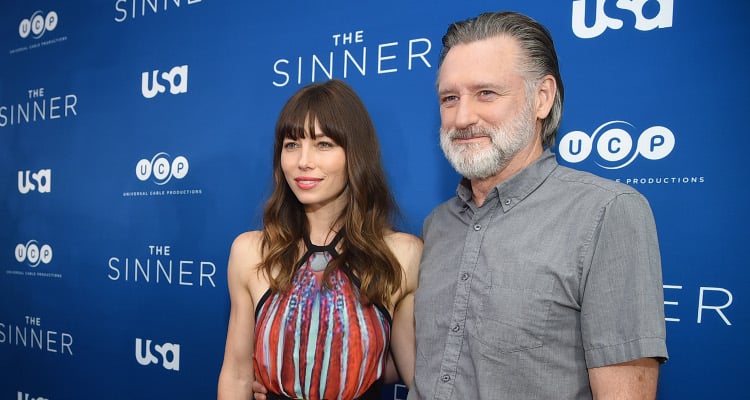 The Sinner wrapped up the story of Cora Tanneti, finally giving us the resolution we were waiting for through eight episodes. But is the mystery over? The season finale raised more questions than answers.

For nearly two months we were gripped by the mysterious case of Cora Tannetti in The Sinner on the USA Network. The season came to an end, seemingly resolving all loose ends. But a new question arises. The Sinner finale ended on a heart-stopping note that has everyone curious. Here’s The Sinner ending explained by series creator, Derek Simonds.

What Happened in The Sinner Finale?

The Sinner starring and executive produced by Jessica Biel began as a dark mystery who creator Simonds aptly named a “whydunnit” drama. Cora Tannetti (Biel) commits a gruesome murder and pleads guilty. But the investigator of her case, Det. Harry Ambrose (Bill Pullman) seeks to uncover Cora’s buried motive behind the murder which reveals her dark past. We know who commits the murder, but the question is, why does she do it?

Earlier in the season, we saw Cora descend into a dark basement. As it turns out, it was not Cora but her sister, Phoebe. Cora witnessed Frankie Belmont, the man she murdered, accidentally kill Phoebe. As the episode progresses, Ambrose uncovers more about Cora’s descent into madness.

Not only did she see her sister die, she was semi-conscious when Patrick Belmont buried Phoebe in the woods. Patrick wanted to protect Frankie from being charged with murder, but couldn’t bring himself to kill Cora. So he tends to her wounds for months in a room where the wallpaper pattern is ingrained in Cora’s memory. He pumped her with drugs to erase her memory of Phoebe’s death, solving the mystery of the creepy man in scrubs and a mask, and the scars on Cora’s arms, before he left her on the streets.

Knowing that Cora killed Frankie because of her deep emotional distress, the judge reduced her sentence. Instead of serving prison time, Cora will be in a psychiatric facility for two years. Which means she won’t be separated from her husband and son.

During the short eight-episode series, we saw Cora and Ambrose develop an unusual friendship. Both have gone through untold abuse in their youth, which left deep emotional and psychological scars. It allows Ambrose to be more understanding of Cora’s psyche unlike those who were quick to attribute her homicide to a heroin addiction.

At the end, Ambrose was able to make a case in Cora’s defense and get her sentence reduced. We see these two share a hug before she’s led to the vehicle that will take her to the facility. The very embrace looks like they are each other’s medicine, as Ambrose points out that he sees himself in her. By saving her, he saved himself.

In the finale, Ambrose hints that he too suffered through an emotional past. But he just leaves us hanging like that without elaborating. It’s after Cora is taken to the facility that Ambrose heads to his car looking relieved. That was until we saw him gaze at his bruised fingernails, the same way he is seen doing earlier in the series. The series ends there leaving us with a lot of questions.

Is This the End for Ambrose?

Ambrose supposedly had an affair that ended his marriage, and was in a past volatile relationship with a dominating woman named Sharon. That relationship may have ended, but he’s still haunted by it. The last time we saw his injured hands was when he was spying on Sharon. The way he gazes at his broken and bruised fingernails hint at his personality where the bruises are both pain and pleasure.

Cora’s story closed after uncovering her past, making peace with her mother, and getting a reduced sentence. The Sinner was meant to be a close-ended series. But with its immense popularity, we’d love a season 2. Fans speculate that the unexplored aspects of Ambrose’s past would form the story for season 2. But here’s what Simonds has to say about that ending.

Referring to it as a replication of the scene when Ambrose was spying on Sharon, Simonds said that this is the first time Ambrose looked at his bruised fingernails directly instead of absentmindedly touching them. “He actually takes them in and that’s the last moment of the season. There’s this idea that he’s starting to look at himself directly instead of compartmentalizing himself. He’s starting to look at the whole thing,” said the series creator.

As for what the bruised fingernails imply, “The fingernails are obviously a sign of the sessions with Sharon and he’s playing out some type of trauma scenario with her, which is what happens with sexual abuse especially,” said Simonds, further elaborating that Ambrose is far from healing but it’s the first time he acknowledged that aspect of himself. “He’s a pretty interesting character. It would be fun to continue to explore him in future seasons, if that’s one avenue we go down.”

As for future plans for The Sinner, season 2 looks likely. But there’s no more to Cora Tannetti’s story. The creative minds behind The Sinner are still in the process of conceptualizing a story. If there will be a season 2, Simonds said that the show might explore another story with a new cast and new characters. There’s also a possibility of some characters from season 1 could return or the series would follow the anthology route along the lines of American Horror Story and True Detective, or delve into Ambrose’s next case.

While Simonds and Biel are positive that USA Network will green-light another season of this highly successful mystery drama, season 2 is still in the brainstorming stage. Post production for the first season was done on such a tight schedule that Simonds hasn’t given much thought to another season yet.

He is currently working on a few different scenarios but hopes to follow the tried and tested storytelling of Cora’s saga. “I think that the most important thing after the way audiences have embraced season 1 is to deliver a great story that we connect to emotionally and that delivers a lot of surprises and goes deeper than you expect.”