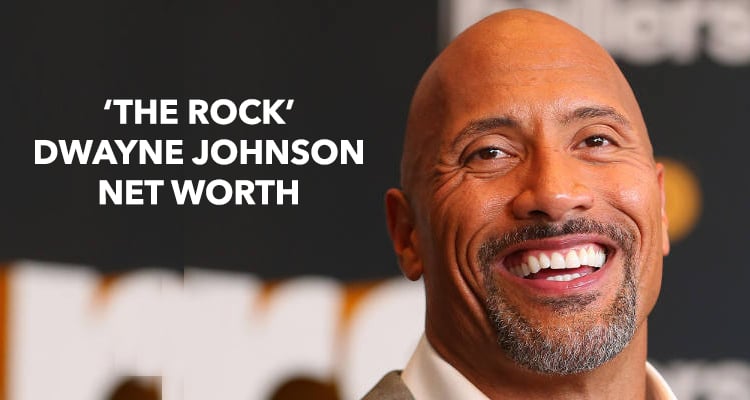 Can you smell what the Rock is cooking? Well, it might just be money, since he was just christened as the world’s highest paid actor of 2016, by Forbes magazine! For fans of the former wrestler who are searching for terms like, “The Rock net worth,” How rich is the Rock,” “salary,” and “Forbes the Rock,” we’ll tell you everything you want to know about the Rock’s net worth.

So, if you’re wondering how much the 44-year-old Hollywood star is worth, get ready to be taken aback!

He has more than doubled his earnings from last year, thanks to his movie releases in 2015, and advance earnings from upcoming releases in 2016 and 2017. Johnson graced the silver screen in 2015’s buddy comedy with Kevin Hart, Central Intelligence, and will appear in the big-screen reboot of Baywatch, as well as the eighth installment of the Fast & Furious franchise in 2017. He also stars in the HBO series, Ballers.

Johnson displaced three-time list topper Robert Downney Jr. who dropped to the No. 8 spot, earning $33 million for reprising his role as Iron Man Tony Stark in Captain America: Civil War. The 6’5” tall superstar has a slew of releases lined up until 2019, including the Disney animated film Moana, Doc Savage, DC’s Shazam, and sequels to San Andreas as well as, Journey. The former WWE star was ranked No. 11 last year with earnings of $31 million.

Coming from a family who struggled to pay rent when he was a teenager, Johnson was thrilled with his new title and took to Twitter and Instagram to share the good news with his fans!

Want to say two things about this.

Waffle House on me!! https://t.co/r3UeQYaLmT

The American-Canadian actor was born in California to Ata and Rocky Johnson, who was also a professional wrestler. Wrestling was surely in The Rock’s blood, since his maternal grandfather was a wrestler and his grandmother was a wrestling promoter. His cousin Savelina Fanene is also a WWE wrestler! He comes from the illustrious Anoa’i wrestling family of legends like his uncles Afa and Sika Anoaʻi (The Wild Samoans) and his cousins, Rodney (Yokozuna) and Solofa (Rikishi), to name a few. Johnson was a promising football player and was granted a full scholarship to the University of Miami. He graduated with a Bachelor’s degree in criminology and physiology.

Nailed it.✔️ After 6 months straight of shooting on the road, fun to come home to gifts from fans. Luv and appreciate you guys 4L! #FanArt #AmandaSmall #EyebrowGame

Johnson had a brief stint in professional football, joining the Miami Hurricanes’ national championship team, but he was sidelined by an injury. Post-recovery, Johnson played for the Calgary Stampeders of the Canadian Football League in 1995, but was cut after only two months. Finally, Johnson made his decision to become a wrestler and his father became his coach. He made his debut in WWF as Rocky Maivia and later proclaimed himself to be “The Rock,” steadily gaining mainstream fame from 1996-2004. With 17 championship reigns, including 10 as a world champion, he is known as the biggest superstar in the history of WWE and the most successful WWE superstar ever! Johnson was the first African-American WWE champion in history, and has won the WWF/E Championship eight times, as well as the WCW/ World Championship twice. He released his autoiography in 2000 titled, The Rock Says… that debuted at No. 1 on The New York Times Best Seller list.

The Rock first rose to fame with The Scorpion King in 2002, and since then has appeared in numerous movies such as, The Mummy Returns, the Fast & Furious franchise, the Journey franchise, The Game Plan, Be Cool, The Rundown and Get Smart, among others. The 2007 Guiness World Records listed him as the highest-paid actor in the world, for his first Hollywood role with $5.5 million.  Forbes ranked Dwayne Johnson at #25 in the Top 100 Most Powerful Celebrities in 2013 and Time named him one of the 100 most influential people in the world in 2016.

Johnson met his future wife Dany Garcia, while attending the University of Miami in 1992. The couple wed in 1997 and have a daughter named Simone Alexandra (15). They divorced in 2007 and subsequently, Johnson began a relationship with Lauren Hashian, the daughter of Sib Hashian, the drummer of rock band, Boston. The happy couple has a daughter named Jasmine, who was born in December 2015.