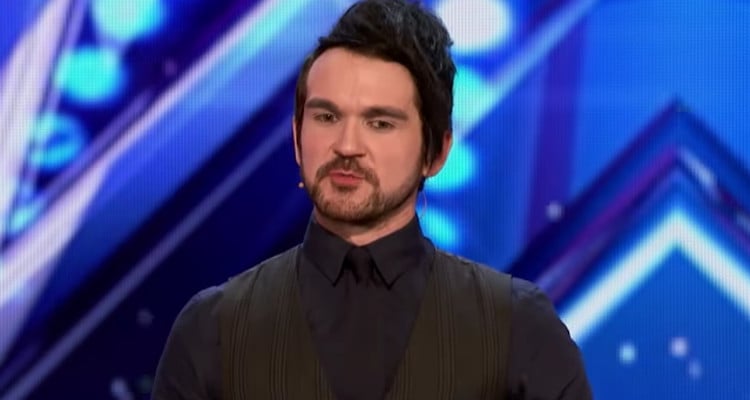 Real-life Sherlock Holmes, Colin Cloud walked onto the America’s Got Talent stage and left everyone stunned and impressed! The 30-year-old Scot dazzled the audience and the judges of AGT with his mind-reading abilities and accurate deductions. He included the judges and the audience in his performance and amazingly tied their impromptu participation into his act. Has all this build up about Colin Cloud, the illusionist, made you curious about him? Read on to find out everything you need to know about the real-life Sherlock Holmes in our Colin Cloud wiki.

Born on January 9, 1987, Colin Cloud is a Scottish stage mentalist, who is a real-life Sherlock Holmes! He is from Harthill, Scotland and describes himself as a forensic mind reader. As a shy and quiet child, Cloud enjoyed reading Arthur Conan Doyle’s novels and was fascinated with the fictional detective character, Sherlock Holmes.

Inspired by his fictional hero, Colin Cloud became interested in deductions with the hope of replicating the detective’s ability to read people. Keeping to his passion, Cloud studied for a Bachelor of Science (Honours) in forensic investigation, specializing in criminal profiling at Glasgow Caledonian University, but later he decided to pursue a career in the entertainment industry.

The 30-year-old self-acclaimed Sherlock Holmes is a cat lover. He has revealed in various interviews and on his Twitter account that he owns two pet cats. The Scotsman is also a fan of tattoos and has a number of them on his body. Of them, there are two cat tattoos; a Holmesian cat (with a pipe) and another costumed cat.

After studying forensic science, Colin Cloud joined Tree of Knowledge (one of the U.K.’s most successful motivational companies) as a speaker in 2007. After working with the company for about five years, Cloud left Tree of Knowledge to build a TV and stage career.

Soon, he started appearing on television. Cloud was a guest on Penn & Teller: Fool Us in 2011. In 2012, he appeared on Britain’s Got Talent. In 2015, he joined The Illusionists, the best-selling touring magic show, as “The Deductionist.”

For a brief period, Cloud also performed as a stand-up comedian. He honed his competency by observing comedians at The Stand Comedy Club in Glasgow. He said “I realized stand-up comedians were the real Sherlock Holmes, because comedians are so aware of people. How they act, how they behave. And the best comedians pick up on that and build it into their acts.”

Fame as the Real-Life Sherlock Holmes

Among other TV and radio performances, Cloud appeared on Michael McIntyre’s Big Show, Loose Women, Steve Wright and The One Show. He has also given quite a few interviews since gaining popularity.

In 2014, in collaboration with Don Jack, Colin Cloud-The Forensic Mind Reader® was established. In 2015, he was invited to share his expertise and work with the BBC’s Sherlock team. Cloud worked with Mark Gatiss, the co-creator of Sherlock.

Cloud in America’s Got Talent 2017

After honing and perfecting his people-reading skills with years of study and practice, Colin Cloud has now come to America’s Got Talent to reach the international audience. His talent and charisma already seem to have impressed the judges and people are beginning to recognize his familiar face and immense talent. Colin Cloud has the potential to be a strong contender, and we won’t be surprised if he turns out to be a fan favorite this season!

Catch an all-new episode of America’s Got Talent tonight, as it airs every Tuesday at 8:00 p.m. EST on NBC!