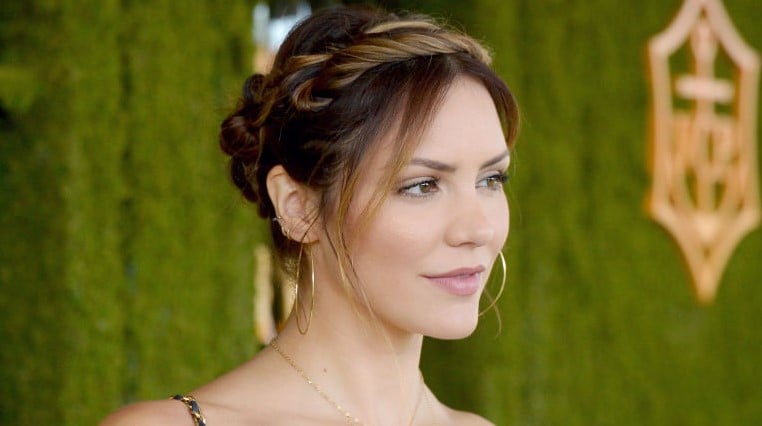 The Lost Wife of Robert Durst cast is already being buzzed about before the highly anticipated movie airs on Lifetime tonight! Tune in to find out all of the juicy details surrounding the mysterious disappearance of Robert Durst’s first wife, Kathleen McCormack, that took place back in 1982. Lifetime’s adaption of the story has people intrigued and we’ve got the scoop on the main cast, as well as trailers, right here!

Who is Robert Durst?

Over the years, many of us have heard the name Robert Durst uttered sporadically in the news for various reasons, at one point or another. Most recently, the former real estate mogul and investor was put on trial for the alleged murder of his close friend, Susan Berman. The brutal alleged murder took place in 2000, but due to extenuating circumstances and the slow legal processes involved, the preliminary hearing for this trial was scheduled to take place on October 17, 2017. However, the trial date had to be postponed until April 16, 2018, due to the destructive effects that Hurricane Harvey had on the homes of the members of Durst’s legal team. Throughout his life, Durst has been linked to one other murder, as well as the mysterious and unsolved disappearance of his wife, Kathleen McCormack, also known as Kathie. The latter case is perhaps the least known and least remembered of the three, as it took place more than 30 years ago. It has largely been overshadowed by the more recent and prevalent murder allegations posed against Durst. Recently, however, the Lifetime Network decided to remind people of this tragic and unsolved case by turning it into a Lifetime movie, entitled The Lost Wife of Robert Durst, which features a mix of an all-star and up-and-coming cast. Keep reading to find out everything you need to know about the The Lost Wife of Robert Durst cast before it premieres tonight, on Sunday, November 4, at 8:00 p.m. EST.

Less than a week until my new movie #TheLostWifeofRobertDurst premieres on @LifetimeTV! Be sure to tune in Saturday at 8/7c!

According to the trailer, Kathie McCormack had been missing for 5 whole days before her husband reported her disappearance to the police. Despite the best efforts of Kathie’s sisters and other family members, this case still remains unsolved and to this day, no one knows what really happened to her. Over 30 years and multiple attempted lawsuits later, the McCormack family is now requesting that Kathie be legally declared deceased as, sadly there seems to be no evidence to prove the contrary.

#fbf to working on #thelostwifeofrobertdurst set to air on @lifetimemovies November 4th!

Pre order #IFallInLoveTooEasily today and get my first single, “Night and Day,” instantly on @iTunes! Link in bio

Katharine Hope McPhee was born on March 25, 1984. Aside from being a talented actress, the California native and beauty is also a spectacular singer and she even competed in the 5th season of American Idol, back in 2006. She finished as the front runner-up to Taylor Hicks. Since then, she’s managed to greatly extend her film and television credits, having appeared in The House Bunny (2008), Family Guy, Community, and most notably the TV show, Scorpion.

see this shirt. you need it now. go to represent.com/gillies or HIT THE F*CKING LINK in my BIO. i will personalize and sign 5 t-shirts bought in the next 24 hours. yes. i have zero dignity. yes. that is my shower behind me. yes. i've cut up/customized the shirt. (i didn't do a great job. leave me alone…) all proceeds go to OXFAM and their fight to protect and care for the millions of refugees forced to flee South Sudan. my voice. our fight. love, dg.

Daniel Gillies is a renowned and experienced actor who was born in Winnipeg, Manitoba, Canada on March 14, 1976. When he was just 5 years old, his family decided to pack up and move to New Zealand, where he grew up. You may recognize Daniel from TV shows and movies such as The Originals, Saving Hope, Spiderman 2 (2004), and The Vampire Diaries. He’s also heavily involved in charity work that takes him all over the world. He’s married to actress Rachel Leigh Cook, and they have 2 children together.

John Glover is a celebrated character actor in Hollywood, known mostly for taking on villainous roles in major movie franchises such as Robocop 2 (1990), Gremlins 2: The New Batch (1990), and Batman and Robin (1997). He’s also had recurring roles on The Good Wife and Smallville. Glover was born on August 7, 1944 in Salisbury, Maryland.