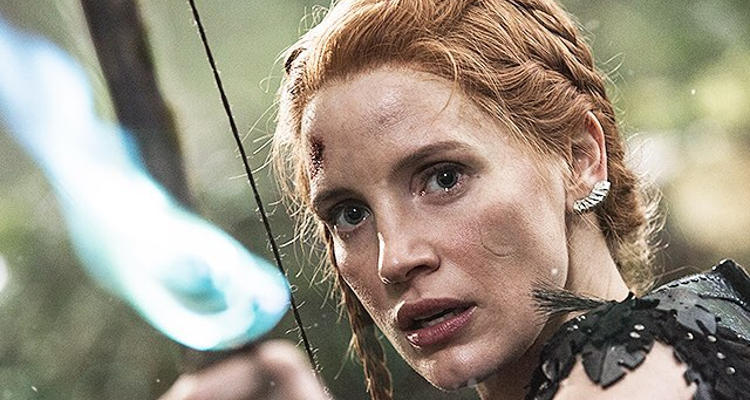 The Academy Award-winner recently promoted her new movie on Jimmy Kimmel Live! and while promoting The Huntsman: Winter’s War, Jessica Chastain and Jimmy Kimmel played a game in the show’s segment of “Who’s High On Hollywood Blvd.?” Chastin was totally in with Kimmel celebrating April 20, a day observed by many as a day to smoke marijuana. As the 39-year-old actress will be seen in action in The Huntsman: Winter’s War, which is out today, these five movies will show why Jessica Chastain is different in every movie she does.

Jessica Chastain starred in this period drama as Celia Rae Foote, the troubled wife of Johnny Foote (Mike Vogel). Chastain’s incredible acting won her an Academy Award, a Golden Globe, as well as a BAFTA award for the Best Supporting Actress in 2012.

This is certainly a breakout blockbuster for Jessica Chastain. The high-paced action drama revolved around the assassination of Osama Bin Laden. Chastin played Maya, the CIA analyst who confirms the target’s location, which leads to the operation’s execution.

@InterstellarMovie celebrates the female scientists who have helped shape our world and inspire us to keep our eyes on the stars. Ada Lovelace: j.mp/TakePartLovelace Maria Mitchell: j.mp/TakePartMariaMitchell Rachel Carson: j.mp/TakePartRachelCarson

In the Christopher Nolan blockbuster, Jessica Chastain played the adult daughter Murphy “Murph” Cooper of astronaut Cooper (Matthew McConaughey), who’s lost in space and time travel. The gripping and confusing premise has Chastin playing the daughter who tries desperately to get her father back to earth.

This is one of the best horror flicks of last decade and it stars Chastin as Annabel, the live-in girlfriend of Lucas Desange (Nickolaj Coster-Waldau). As two distraught and scared girls come in Annabel’s life, they come with a ghost they call “Mama.”

Starring opposite Matt Damon in the award-winning movie is a credit itself. But, Chastin’s acting in the movie really boosts how she brings calmness to characters that are in intense situations. She plays Melissa, a geologist who wants to help Mark Watney (Damon) get out of Mars alive.