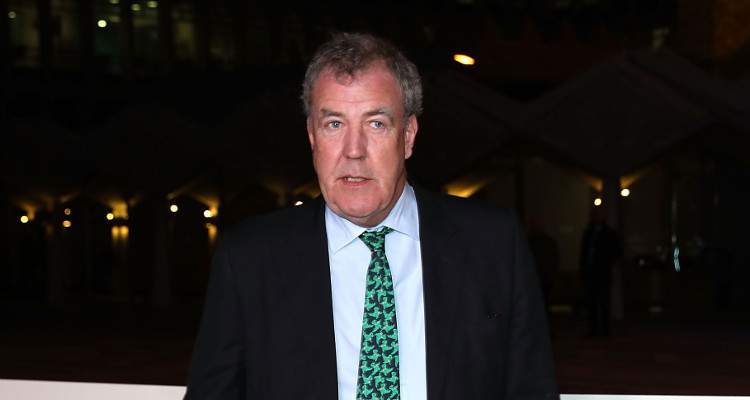 When Does Season 2 of The Grand Tour Start?

Reportedly, all you crazy fans of the series will be able to watch the latest exciting episode of The Grand Tour on December 8, 2017, as that is when it will begin streaming. Thankfully, for all you viewers, December 8 is a Friday, which means it will be a perfect start to the weekend by watching your favorite show!

The release date of the show was announced on November 1, 2017. As per sources, when the show’s producers and directors signed a contract with Amazon, they all agreed to have 36 episodes over three years. The first season of The Grand Tour had 13 episodes, which means we can probably expect around 11 or 12 episodes in season 2.

This time they are coming on. The Hoff vs. Ricky Wilson. #thegrandtour. December 8th.

As of now, the exact number of episodes in season 2 is not yet revealed. Are you wondering how you can watch the show? Well, when the season comes out, you can watch it online via Amazon Prime. The first episode of season two will be airing on December 8 at midnight. Following that, the rest of the episodes will air on a weekly basis. However, if you want to watch the exciting show, then make sure you are subscribed to Amazon Prime Video. Also, renew your subscription on Amazon Prime if it has expired because you certainly don’t want to miss out on these new episodes!

3 days to go until #TheGrandTour returns to Prime Video with the episode Past, Present, or Future.

Reportedly, season 2 of The Grand Tour was filmed in Africa and also the country, Georgia. According to sources, the guys were also seen filming the show on the island of Pag in Croatia, in May. Richard Hammond was badly injured in a motorcycle accident in March. However, Hammond reassured his fans by saying, “Thanks for enquiries re my slight shunt whilst filming for GT. I can confirm that yes, I fell off a bike, many times in fact, and yes, I banged my head and everything else. But life goes on.It’s true, I did fall off a motorbike whilst filming recently for The Grand Tour in Mozambique. I banged my head, yes, along with pretty much everything else apart from my left thumb, which remains un-bruised. Can’t tell you more yet about the how and why of it; that’s all for later in the year on the show. As for injuries; well put it this way, I don’t think I can get a book out of it.”

Details of Season 2 of The Grand Tour

The first episode of season 2 of The Grand Tour is titled, “Past, Present or Future.” A summary of the first episode reads, “In the return of the world’s greatest car show Jeremy Clarkson, Richard Hammond and James May compare a V12-powered Lamborghini Aventador S, a hybrid Honda NSX and an all-electric Croatian supercar called the Rimac Concept One in a battle of past, present and future, set against the dramatic and car-unfriendly backdrop of Switzerland. Along the way, the boys test manoeuvrability and straightline speed before taking part in a hillclimb event with an unexpectedly dramatic ending. Also in this show, two stars battle to be crowned the world’s fastest former talent show judge as Ricky Wilson of The Voice UK goes up against David Hasselhoff from America’s Got Talent in the all-new Celebrity Face Off.”

The second episode of the upcoming season is titled, “The Fall Guys” and the synopsis of the episode reads, “In this show Jeremy Clarkson drives the all-new, 647 horsepower Ford GT from New York city to Niagara Falls, a trip that is made more challenging by the car’s uncompromising, racing-car-for-the-road design and by James May who, using only public transportation, is trying to beat Jeremy to the finish line. May’s trip is also more complicated than necessary because he is accompanied by Richard Hammond and the leg he broke in a previous show. Can a carbon fibre bodied, twin turbo missile make it to the Falls before a disgruntled man forced to drag a moaning, wounded colleague onto buses, trains and planes? “Also in this show, Jeremy takes to the Eboladrome track in the Mercedes-AMG GT R and another burning question is answered by Celebrity Face Off as cricketer Kevin Pietersen and baseball’s Brian Wilson go head-to-head to find the world’s fastest who makes a living from hitting and throwing and catching small balls.”

If you didn’t get a chance to watch The Grand Tour season 2 trailer, then make sure you follow the link below. Also, after watching the trailer, let us know your opinions in the comments section below! Did you like it? Are you excited for the season 2 of The Grand Tour to start? We know we can’t wait!