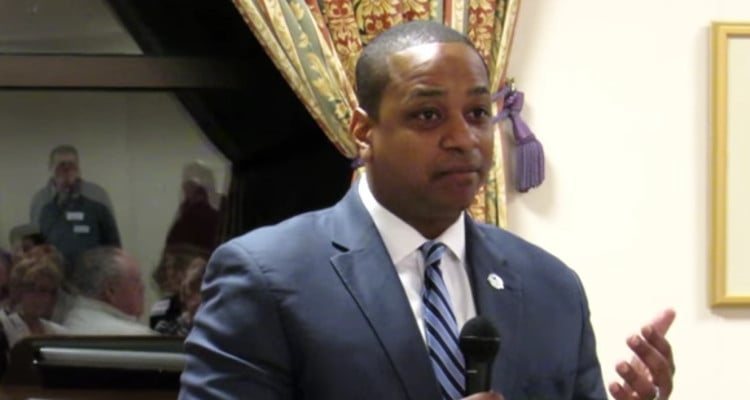 Democrat Justin Fairfax is in the running for the Virginia lieutenant governor race. Former lieutenant governor, Democrat Ralph Northam, is running for governor, leaving his post available. Virginia’s primary election will take place on June 13, 2017, with the general election scheduled for November 7, 2017. Fairfax is in high hopes to make it through the primaries. Learn more about him in our Justin Fairfax wiki.

Justin Fairfax is a former assistant U.S. attorney for the Eastern District of Virginia. During his time as a federal prosecutor, Fairfax served as deputy of the Major Crimes & Narcotics Unit. He was also a member of the Human Trafficking Task Force.

His wife, Dr. Cerina Fairfax, is a dentist who runs her own practice in Fairfax County, which her husband co-owns. The couple have two children —a son and a daughter. Currently, Fairfax is a litigator with the law firm Venable LLP in Tysons Corner.

The 38-year-old has worked his way up to the top and had a difficult childhood. After his parent’s divorce Fairfax, who was five years old at the time, moved from Pittsburgh to his grandparents’ house in Washington, D.C. with his mother and three older siblings.

Fairfax’s mother worked hard to give her four children a decent life. She was a determined woman, who later saved enough money to move out of her parent’s house and put each of her children through college.

Justin Fairfax is one of those gifted people whose IQ level is a marvel. He attended DeMatha Catholic High School in Maryland, and was elected senior class president. His marks earned him a scholarship to Duke University, where he graduated with a degree in public policy studies. After that, he went to Columbia Law School, also on scholarship, where he was chosen for the Columbia Law Review.

If he wins, Fairfax will be the state’s first African-American lieutenant governor since L. Douglas Wilder held the post from 1986 to 1990, before serving as governor from 1990-1994. In 2013, Fairfax nearly won the Democratic nomination for attorney general, but had been edged out by Mark Herring.

After graduating from Duke University, Fairfax had junior political jobs. He worked as a briefing coordinator for Al Gore’s wife, Tipper Gore, in Nashville for his 2000 presidential campaign. Fairfax later worked in the Washington office of then-U.S. Senator, John Edwards of North Carolina. He also worked as a clerk to U.S. District Judge, Gerald Bruce Lee.

He has spent a lot of his career serving as a legal attorney, and is now running for Virginia’s newly vacant lieutenant governor post. Fairfax’s lieutenant governor campaign chairman is Larry Roberts, a partner at his law firm who was the chairman of U.S. Senator Tim Kaine’s 2005 governor run, and 2012 Senator campaign.

He is endorsed by State Senator L. Louise Lucas, D-Portsmouth who says, “He’s going to be good on the issues and he’s electable.” Political science professor Quentin Kidd believes that Fairfax has a good shot at winning the election saying, “He’s going to be the only minority on the ticket no matter what if he wins. And that’s going to be important because African-American voters make up a large part of the electorate in gubernatorial races.”