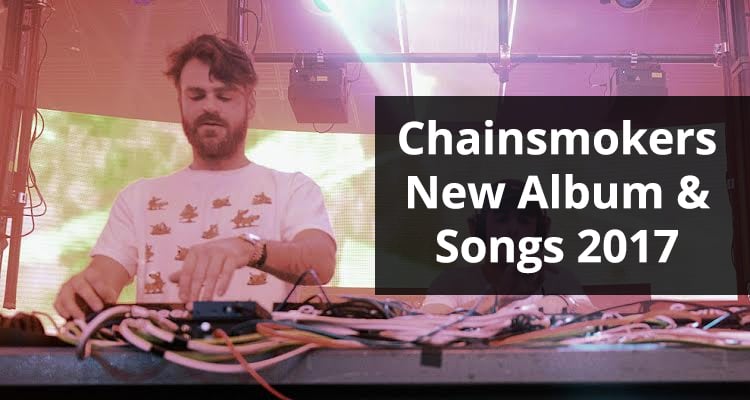 Chainsmokers fans everywhere have reason to rejoice! The DJ duo have announced the release of their new album and have a spectacular arena tour planned for 2017, with a new international single to get you started!

The sensational DJ duo, The Chainsmokers have had major hits with singles like “Closer” featuring Halsey and “Don’t Let Me Down” featuring Daya. Their latest single “Paris” has already shot into Billboard Hot 100’s top 10. Despite having hugely successful EPs and singles, the duo have yet to release their first studio album. They have constantly been asked about recording an album, but Drew Taggart and Alex Pall were reluctant. However, The Chainsmokers have now announced that they are releasing an album this year. To make things better, they are about to embark on their first North American arena tour, as well. Here are the new songs and album from The Chainsmokers releasing in 2017.

Coldplay Let the Cat Out of the Bag

The Chainsmokers ruled the 2016 charts with their dance hit, “Closer” featuring Halsey, and their singles have ranked in charts worldwide. Despite this, the duo had shied away from producing a full-length studio album.

Taggart and Pall shared their thoughts about making an album saying that it would be something complete and different from the standalone singles which they will continue to produce. In saying that, the duo left it up to their fans to see if The Chainsmokers should release an album. A single post on their Instagram showed the verdict was in.

They began working on a new album which was kept under wraps until a few days ago. Rather than reveal the news to their expecting fans, pop rock band Coldplay broke the news about The Chainsmokers’ debut album.

On January 22, Coldplay jumped the gun and tweeted their excitement for The Chainsmokers’ upcoming album. On January 30, the duo officially confirmed the news that we can expect The Chainsmokers to release new songs from a new album.

An official date from the DJs’ label Columbia/Disruptor Records has not been announced, but Billboard says the album is due in April. Until we can finally hear The Chainsmokers’ full length album, we can have the duo’s new song “Paris” on replay. Taggart and Pall also did an epic mash-up of “Paris” with Nickelback’s “How You Remind Me” in response to an article that compared the two groups. The article in Esquire said that The Chainsmokers will be the downfall of EDM, the way Nickelback brought the end to post-grunge arena rock, resulting in the duo clapping back with a mash-up. Check out the official lyric video for The Chainsmokers’ new international single “Paris” below and also give a listen to their amazing mash-up of “Paris” and “How You Remind Me.”

The Chainsmokers Hit the Road in 2017

Because a new album isn’t enough for fans, The Chainsmokers are setting off on a North American Arena Tour. The EDM duo will kick off their Do Not Open tour in April and will be joined by singers, Kiiara and Emily Warren.

The tour will be in support of their currently untitled debut album, and will travel to 40 cities including New York, Montreal, Boston, and Los Angeles. They’re also giving fans an amazing offer. Each ticket purchased will include a copy of The Chainsmokers’ upcoming album! That can’t be passed up!

Pre-sale tickets became available on January 31, while regular sale tickets will go on sale February 30. The Do Not Open tour will kick off on April 13 as Drew Taggart and Alex Pall take over the American Airlines Arena in Miami, Florida.