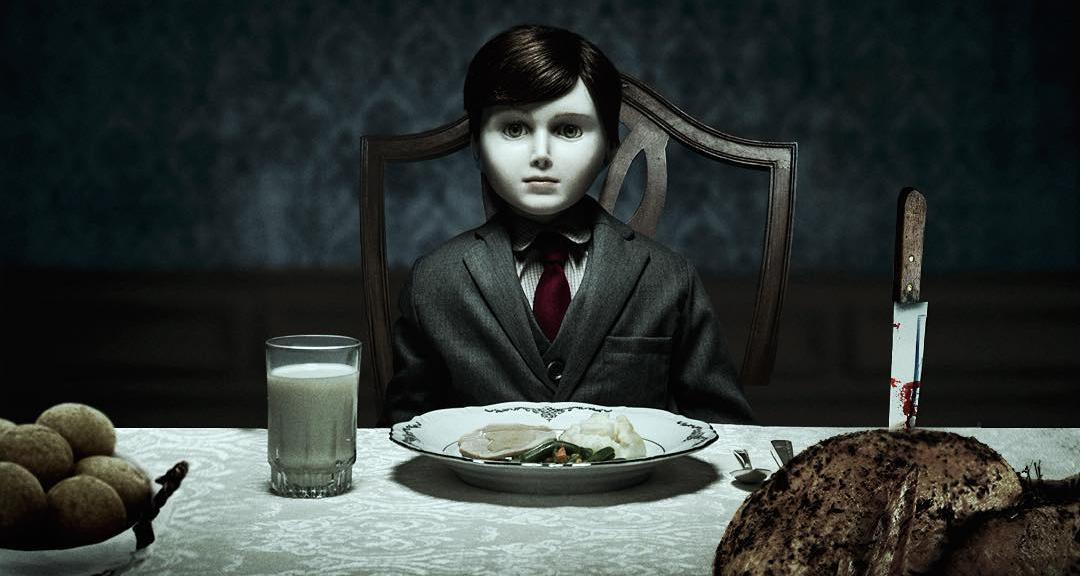 Doll named Brahms from the movie The Boy (Photo: Instagram/theboymovie)

If you are a huge fan of suspense and horror movies, then The Boy on Netflix is perfect for you. The Boy received mixed reviews from the audience when it was released in 2016. It kept viewers on the edge of their seats, particularly towards the ending. Now that Netflix has added it to its roster, fans are equally confused about the final scenes.

Although The Boy was released on January 22, 2016, Netflix decided to recently add it to its long list of available thrillers. Many may have already seen the film, but some need The Boy’s ending explained.

Suspense and horror films often have climatic and confusing endings. So, if you are still scratching your head after watching The Boy, then we are here to help you!

What Is The Boy About?

The movie was previously known as The Inhabitant. Director William Brent Bell and writer Stacey Menear have done a wonderful job at making viewers think that it’s a horror movie when it is actually more of a suspense flick.

In a nutshell, The Boy is about a young woman who is hired by an old couple to look after their son. The twist is that their son is a porcelain doll named Brahms, who the old couple treats like their son. So, Greta’s responsibility is to please the doll.

Was Brahms a Real Child? 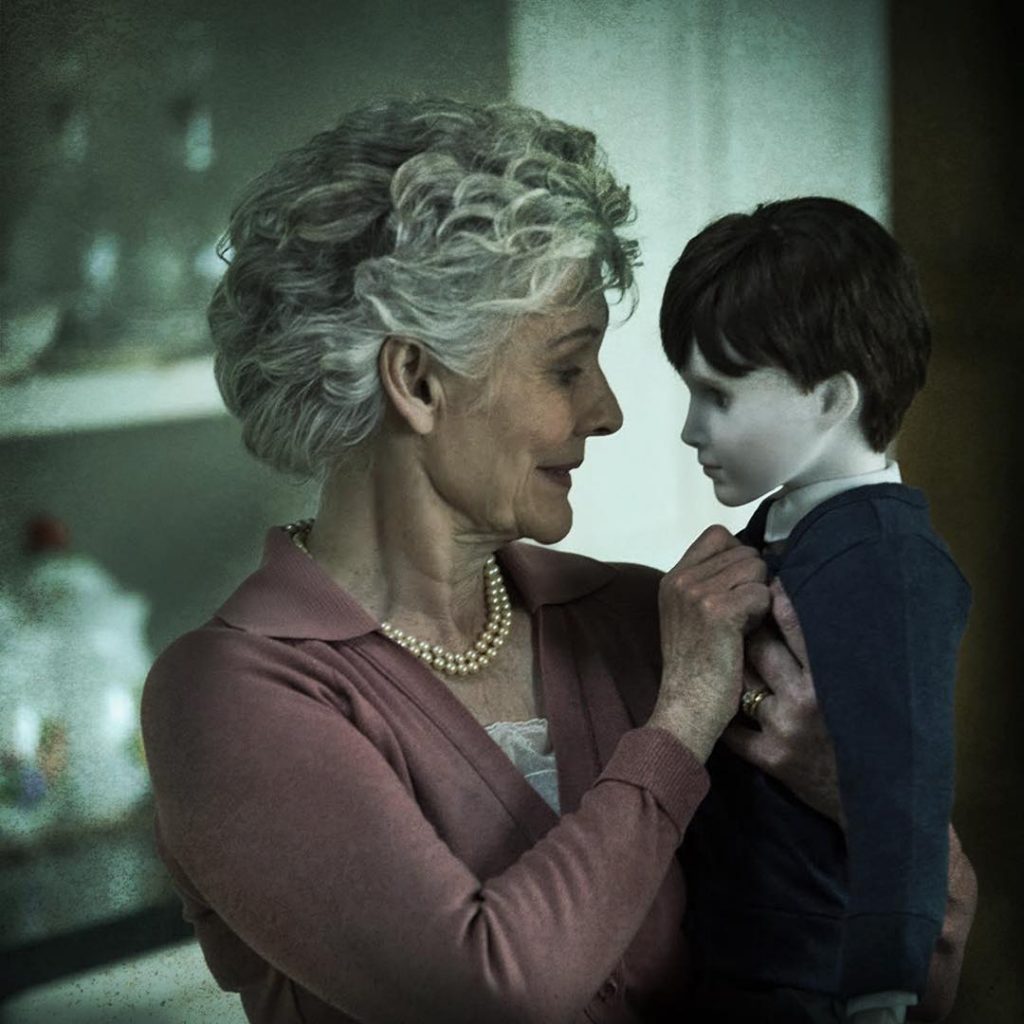 Greta Evans (Lauren Cohan) is hired as a nanny by the Heelshires. The role of Mr. Heelshire is played by Jim Norton, and actress Diana Hardcastle plays the character of Mrs. Heelshire.

Greta is hired to take care of their porcelain doll named Brahms, who they treat like their kid. But in fact, Brahms was a real boy long before Greta was hired.

As explained in the film, Brahms was a quiet and odd child, who mostly kept to himself. He would often play with the neighbor’s kid, Emily Cribbs, who was almost his age.

One day, Brahms and Emily ventured into the woods. But while Brahms came back home safely, Emily did not.

Since it was a small town, rumors spread like wildfire that Brahms had something to do with Emily’s disappearance.

Brahms then died in a disastrous house fire on his eighth birthday. To cope with his loss, his parents replaced him with a porcelain doll and cared for him like he was a real boy.

Greta Comes into the Picture

Greta is from the United States and accepts the job as a nanny in a small town in the United Kingdom. She does this to escape from her abusive ex-boyfriend, Cole (Ben Robson), whom she has a restraining order against.

When she is introduced to the doll Brahms, she thinks it’s a joke that she has to take care it. The parents show her how to look after the doll and give her a set of rules which she has to follow. After they take her through the rules, the parents leave for their vacation.

Greta meets the grocery delivery boy, Malcolm (Rupert Evans). He stops by the house once a week or so to deliver the groceries.

Greta’s list of rules includes never leaving Brahms alone, feeding him, keeping the leftovers in the fridge, and kissing him goodnight, among other things.

Initially, Greta ignores the rules, but when weird things start happening in the house, Brahms starts moving on his own. As the film progresses, it appears the doll is a vessel for Brahms’ departed soul!

In a strange plot twist, the parents who went for their “vacation” send a mysterious letter to the house, fill their pockets with rocks, and drown themselves.

Greta starts connecting with Brahms and follows her responsibility of looking after him.

In the past, Greta was pregnant with her ex-boyfriend Cole’s child, but she suffers a miscarriage. She finds a way to cope with the pain and mend her heart.

Cole Crawls Back into Greta’s Life

Towards the end, things start to get really interesting. The suspense increases when Cole gets the UK address and shows up at the house.

Brahms is not happy with Cole showing up. So, he scares Cole by putting dead rats in his bag and writing a message on the wall with blood.

Greta then feels that the doll is possessed by Brahms, but Cole finds it ridiculous and smashes Brahms to pieces. The house shakes violently, and when Cole puts his head close to the mirror on the wall, the mirror explodes and he is thrown backward.

Mirror, Mirror on the Wall, Tell Me Who’s Behind It All?

Now, this is where the movie gets very interesting, and the suspense ends.

A man appears from the hole in the wall. His beard is fully grown, his hair looks messy, and he is wearing a mask, which looks similar to the doll’s face.

The shocking twist is that the real Brahms didn’t actually die! He has been living between the walls of the house the entire time. The Heelshires were keeping their son in hiding so that the police wouldn’t find him for murdering Emily.

While Greta was caring for the doll, Brahms was keeping an eye on her, eavesdropping on the conversations, and roaming around through secret passages in the home.

This explains the doll’s movements and why Greta had to follow the rules—the leftovers in the freezer were for Brahms and his parents knew all about it!

By the looks of it, Brahms was holding his parents hostage. That’s why they hired Greta; so that Brahms would let them go. (If you recall, Mrs. Heelshire apologizes to Greta when she and her husband leave.)

The letter the Heelshires sent was to let Brahms know that they wouldn’t be coming back and that Greta was his gift. Brahms kills Cole and then attacks Malcolm.

Greta successfully manages to escape but goes back to the house to save Malcolm. Greta knows that Brahms sticks to his rules, so she orders the 28-year-old real Brahms to go to bed.

Brahms asks for his goodnight kiss. Greta hesitates but then stabs him several times in the stomach. He falls to the ground, and his partially exposed face shows that he’s been burned.

Greta locates Malcolm, and they get out of the house.

But the end of the film shows somebody fixing the doll’s broken face. It could very well be that Brahms is not dead and a sequel is in the works!

Towards the end, many viewers thought that Brahms would be the good guy who would save Greta from Cole. But obviously, the writer had other things in mind.

If you haven’t watched the movie, we suggest you start with the trailer first. Click on the link below: