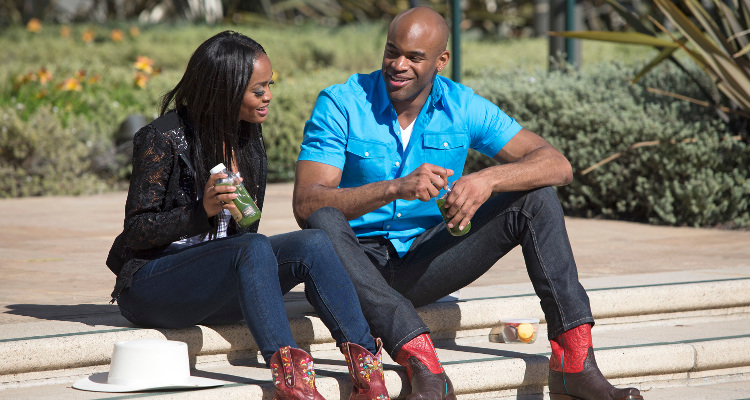 Last week on The Bachelorette, the guys were at the peak of some very intense drama that’s going to continue this week. Take a look at The Bachelorette Week 4 spoilers and why you might not get to watch it this week.

The Bachelorette Week 3 ended at a very nail-biting moment which involved some flared tempers. The contentious cocktail party continues in Week 4 but there’s going to be a little delay thanks to the NBA Finals. Here’s your latest update on The Bachelorette that includes spoilers for Week 4, who wins Rachel’s heart in the end, and The Bachelorette schedule.

The Drama Gets Postponed

So far, The Bachelorette Season 13 has not disappointed in terms of drama. Every episode ends on a very frustrating cliffhanger. But this time, the wait to know what happens might be longer. ABC is postponing episode 4 for something major: The NBA Finals.

The Cleveland Cavaliers are facing off against the Golden State Warriors in the NBA Finals for the third time in three years. Every basketball fan is going to tune into the game. Heck, now that we know Rachel used to play, she’ll probably skip watching her own show in favor of the NBA Finals. ABC has decided to air the new episode of The Bachelorette next Monday (June 19). A rerun of an earlier episode will air in the show’s 8:00 p.m. time slot on June 12.

Last week, we saw Eric Bigger getting frustrated over and over again. While some of the guys flag Rachel about Eric’s temper, it’s Lee Garrett that annoys most of Bachelor Nation. At the cocktail party before the Rose Ceremony, Eric implores the guys to work on their connection with Rachel rather than ruin his own connection with her.

While the other guys don’t show much reaction, Lee appears to provoke Eric and it works. The preview for Week 4 shows us just how manipulative Lee can be. “I get tickled when I smile and an angry man gets angrier” Lee is heard saying in the preview which raises some serious red flags. Bachelor Nation is still questioning ABC on Eric’s casting given that he has a social media history of making disparaging remarks about the African-American community. And this episode will show just how calculative he can be!

In episode 4, Lee is not only seen instigating Eric, but he also clashes with other castmates, particularly the ones of color. He sneakily manages to steal Rachel while she’s having some one-on-one time with Kenny. Will looks like he’s trying to play mediator while most of the other guys chose not to get dragged into the drama.

ABC released a synopsis saying that two suitors get into a heated argument. Will it be Eric and Lee or Kenny and Lee? We’ll have to wait and see. But we learn that Rachel is not happy with this confrontation and makes a decision that shocks the contestants. Are we looking at some shocking eliminations? We’ve learned that three guys are sent home. But Lee’s still there, unfortunately.

Since Rachel has sent home DeMario (who had unfinished business with an ex), Mr. Whaboom (aka Luke), and Luke’s nemesis, Blake, Bachelor Nation knows she means business. So we’re counting on her to send Lee home when he clashes with the other guys!

The Bachelorette is going on its first destination episode this week to Hilton Head Island in South Carolina. They kickstart the trip with Rachel and Dean going on a one-on-one date. It sounds like a fun one since they’re going to ride a blimp and attend a Russell Dickerson concert.

The group date picks —Jonathan, Alex, Peter, Will, Bryan, Eric, Josiah, Kenny, Lee, Iggy, Adam, Anthony, and Matt— go to a Spelling Bee (of all things). Josiah wins the contest but we’re not sure who wins the group date rose.

After the group date, Jack Stone gets a one-on-one date. According to Reality Steve, the date doesn’t go too well and he gets sent home. Reality Steve also corrected that it’s not Peter Krauss who wins The Bachelorette as he mentioned earlier. According to his most credible source, Bryan Abasolo is the winner. Nevertheless, it doesn’t make The Bachelorette Season 13 any less interesting.

The Bachelorette airs Mondays at 8 p.m. EST on ABC. Episode 4 will air on Monday, June 19.