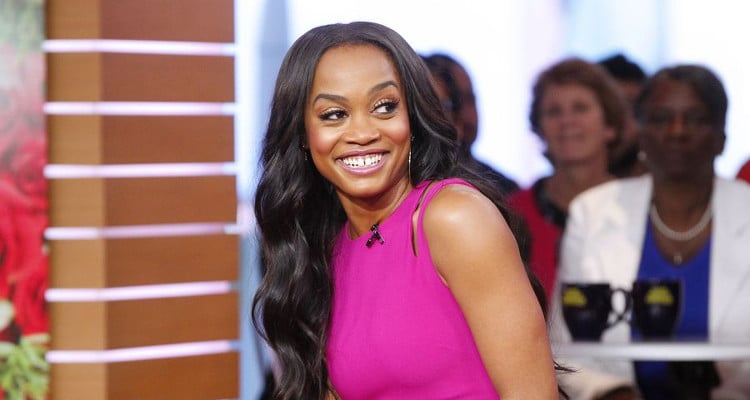 The Bachelorette is just two weeks in and already has people hooked. Episode 3 airs tonight (June 5), and with last week’s cliffhanger, people can’t take the excitement! Tonight’s episode will take us one step further into finding out who The Bachelorette 2017 winner could be! But first, we need to find out what happens with Rachel Lindsay and DeMario Jackson! Be warned, this piece has some The Bachelorette week 3 spoilers, so if you don’t want to know what happens before the episode airs, stop reading here!

When your ex shows up and you pretend not to know her. #TheBachelorette pic.twitter.com/bf3rAfieyQ

The Bachelorette week 3 will see the next round of eliminations and even more dates. Reality Steve reports that after DeMario Jackson returned to mansion and spoke to Rachel Lindsay at the end of last week’s episode, things don’t work out for him. Tonight, the three contestants we should expect to see leave are Blake Elarbee, Jamey Kocan, and Lucas “Wahboom” Yancey.

Episode 3 will have two group dates and a one-on-one date. Six contestants will join Lindsay on The Ellen DeGeneres Show. But since the daytime talkshow’s episode has already aired, we know that the lucky guys are Alex Bordyukov, Bryan Abasolo, Peter Kraus, Fred Johnson, Will Gaskins, and Jonathan Treece. There are going to be some really interesting and awkward moments on the show this week. There is a chance that Fred Johnson, who apparently happens to have known Lindsay before, might try to get a kiss from her. But apparently, things don’t go in his favor and he ends up getting sent home.

It's only week three, but we're already getting down and dirty. #TheBachelorette pic.twitter.com/ZJPlHQ4yqX

The one-on-one date will go to Anthony Battle, who will horseback ride down Rodeo Drive in Beverly Hills with Rachel Lindsay. There is a strong possibility that Battle gets a rose at the end of the episode. Don’t forget to watch the drama unfold as The Bachelorette airs Monday nights at 8:00 p.m. EST on ABC!