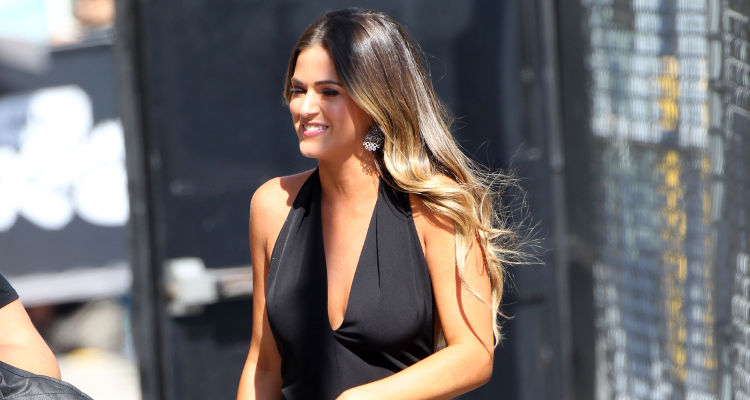 Now that The Bachelorette season 12 has officially come to an end with the winner being announced last night, fans of the hit reality show are experiencing some major withdrawal symptoms already! For all the die-hard fans of the show Googling terms like, “Are JoJo and Jordan still together,” “Do JoJo and Jordan stay together?”, “JoJo and Jordan break up,” “Who is Jojo Fletcher engaged to?” and “Jordan Rodgers and JoJo Fletcher engaged,” don’t fret; we’ll give you all the juicy gossip on whether Jordan Rodgers and JoJo Fletcher broke up, or are still together after The Bachelorette.

The rumor mills are abuzz with news that perhaps all isn’t well with the recently engaged couple. 25-year-old real-estate developer, JoJo Fletcher made the difficult decision of choosing a husband for herself on national TV. Faced with the prospect of picking between two handsome, eligible suitors, JoJo was forced to break former swimmer, Robby Hayes’ heart, as she accepted former footballer Jordan Rodgers’ wedding proposal.

The Bachelorette season 12 finale was a highly emotional episode, with JoJo breaking down in tears as she turned down one man and said yes to another. A visibly heartbroken Robby Hayes looked deeply pained as JoJo told him that she loved him, but her feelings for Jordan were stronger and she “just couldn’t imagine ever saying goodbye to him.”

The 27-year-old former pro-footballer proclaimed his love for JoJo by saying, “I love you so much. I love you so much. I fell in love first with just us, just the person I could be right away with you. How comfortable and confident, and how you challenged me and continue to challenge me to be the best version of myself. And I love that. You made me believe that love doesn’t need to have a script. There’s not one way to draw it up. Those moments like this, where I’m holding your hand, and I’m looking into your eyes, I know I’m so unbelievably in love with you. You’re my best friend; you’re my soul mate. I’m gonna keep you safe, I’m gonna protect you, I’m gonna wake up every morning and choose you, over and over and over again until you tell me I can’t.” He added, ” “It’s real. It’s been real. I love you so much I want to spend the rest of my life with you. Joelle Anna Fletcher, will you marry me?”

Are Jordan and JoJo Still Together?

However, in a new turn of events, Reality Steve has revealed that all is not well with the newly-engaged lovebirds. He explained, “JoJo got engaged to Jordan. Are they still together now? Well, that’s the million dollar question. There’s been a lot of chatter surrounding these two for the last month. I will say this: If come Monday these two tell us on the ATFR they’re no longer together, I wouldn’t be the least bit surprised. And if they are together, I think they might just be telling us that to protect their pride. There’s just too many things I’ve heard over the past 3-4 weeks or so that suggest not everything is perfect in their world, and they are ignoring all the haters. Whatever the case may be, though, this doesn’t change what happened in Thailand.”

JoJo came clean about life with Jordan after The Bachelorette 2016, confessing it hadn’t been easy dealing with so many people coming up to her and announcing that Jordan didn’t love her, and that he only came on the show to gain fame and make money.

Jordan had tried his best to put her mind at rest by saying, “It all goes back to when I got down on one knee. I promised on that day that no matter what life throws at us, we’re going to get over that. So it’s been difficult, but that’s what we expected. We expected that there would be bumps, but she’s the person I want to do it with and do life with.”

Phew! We sure are relieved to know, that all is well in paradise for now. Jordan has admitted that the couple plans on moving together to JoJo’s hometown Dallas after the show ends, and are even throwing around wedding dates. For now, they have decided to get hitched sometime next year. We wish this adorable couple a very happy and prosperous life together!