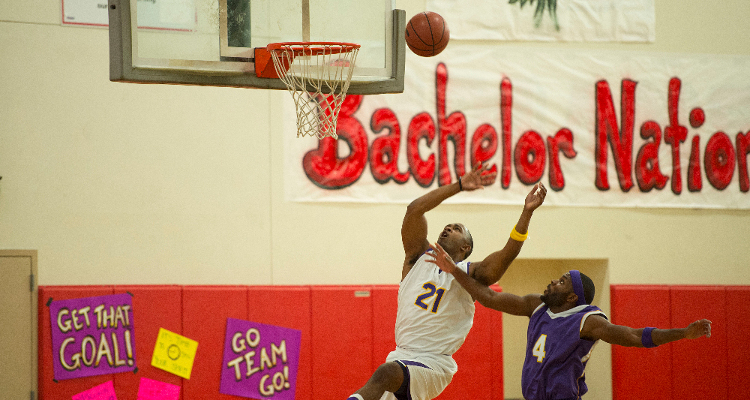 After the premiere of The Bachelorette 2017, we’re expecting a crazy season! It’s only Week 2 tonight, and it’s going to be epic, and by that we mean epic drama! What time and channel does The Bachelorette come on? Read on to find out, but be warned, this piece contains spoilers!

It’s Monday, which means it’s time to get The Bachelorette viewing party started! Something epic is going down tonight —at least that’s what the teasers promise! Rachel Lindsay started the season knee-deep in men and now there are 23 fighting for her hand. Literally fighting! There’s going to be blood this season. When? Probably not tonight. But Week 2 promises to be no less dramatic, as one suitor gets busted for two-timing! You do not want to miss the jaw-dropping drama going down this evening, so here’s how you can watch The Bachelorette online.

How to Watch The Bachelorette

The Bachelorette airs every Monday at 8:00 p.m. EST, only on ABC. If you can’t access a TV, you can always live stream the show online through your laptop, tablet, or phone. Bachelor Nation in the U.S. can watch The Bachelorette on abc.go.com, or by using the ABC app. To use either of these services, you need to have an ABC network subscription.

During the premiere of The Bachelorette Season 13, we saw 31 guys arrive and give their best first impressions to Rachel Lindsay. As usual, the limo arrivals didn’t disappoint. There were costumes, cringe-worthy pickup lines, red alerts, a scary puppet, and Whaboom (don’t ask, can’t tell).

With 23 hopefuls remaining, what’s going to happen tonight? Basketball! The group date will be high in energy as Rachel’s a former basketball player. So yes, everyone will be trying to impress her with their moves on the court. Most fall flat, but some contestants are former basketball players, so rivalries might already be forming tonight. And to make things even more interesting, former NBA superstar, Kareem Abdul Jabbar will be joining them.

Since The Bachelorette is all about Rachel Lindsay finding the guy she can spend the rest of her life with, they need to be tested. That’s why celebrity power couple Ashton Kutcher and Mila Kunis will judge the guys in a “husband material obstacle course” —whatever that is! We’ll also see someone get the first one-on-one date of the season! Who is it? So many questions, not enough answers!

As promisingly entertaining as everything sounds, we’re more interested in the woman who barged in during the teaser for this episode. An unknown woman shows up at what looks to be the basketball group date to reveal she’s actually dating one of the contestants!

“You still have the keys to my apartment you motherf****r,” the woman yells in the preview. “You thought you deceived every single one of these people. You were in my bed weeks before [the show]. You were texting me,” she added. Rachel Lindsay is seen browsing the incriminating messages on the girl’s phone. Which contestant is the woman accusing? And will he get the boot? We’ll have to watch the episode to find out!

The Bachelorette season 13 airs tonight at 8 p.m. EST on ABC.