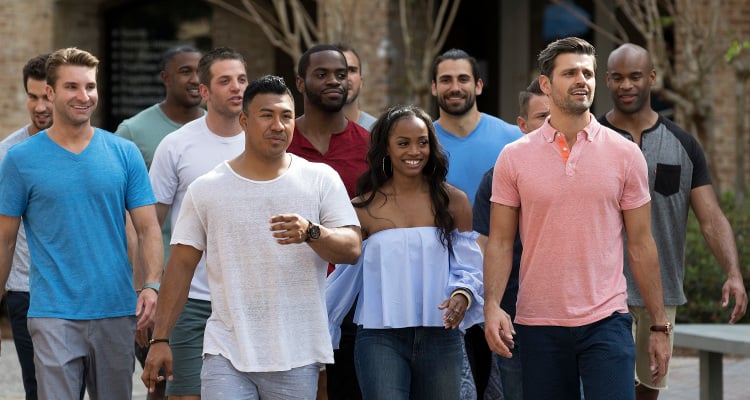 The Bachelorette is here to spice up Mondays and for this week, Tuesdays too. It’s a special two-night event on The Bachelorette, so you can expect something big to go down tonight! Warning: Spoilers ahead.

If you thought The Bachelorette ended on a very cruel cliffhanger last week, this week will bring two nights of drama to make up for it. That means you have to plan a double Bachelorette viewing party! When we have two nights in the well-known franchise, Bachelor Nation can predict what’s coming. Tonight might be the night when the never-ending feud between Lee and Kenny comes to an end. Check out The Bachelorette spoilers to get a taste of tonight’s intense drama.

Taking off from last week’s destination date at Hilton Head Island, Rachel Lindsay and her suitors (with Chris Harrison, of course) are flying across the pond to Norway! Reality Steve, the go-to source for The Bachelor franchise has said that Rachel whittles down the suitors to nine in Norway, before they head to Denmark for the Final Rose.

But first, there’s going to be some interesting dates. ABC teased a date at the South Carolina getaway. Bryan Abasolo gets the one-on-one date, which involves scaling heights. Rachel must have a thing for high altitude dates! First, poor Dean on the blimp, and now she and Bryan are lowering themselves down an angled structure! But this time, Rachel is the one panicking while Bryan, though scared himself, is not showing it. And they enjoy a kiss mid-air —which is more thrilling than a blimp kiss.

According to Reality Steve, Bryan will be the one who will win The Bachelorette 2017. Originally, he reported that Peter Kraus was the one she ends up with in the end, but he has admitted he is wrong, and that Rachel actually picks Bryan Abasolo as her man. At this vertigo-inducing date where he tries to calm Rachel down while they are literally hanging out together, we can see why she would pick him. Just keep the next date on ground level, please!

We don’t see which guys go on the group date, but it looks like fun. After basketball and a spelling bee, the guys engage in the European sport of handball because Rachel is looking for “a man who’s good with his hands.” Cue all the jokes.

She's looking for a man who's good with his hands. #TheBachelorette pic.twitter.com/olkaI6tnaB

Let’s face it, we’re not even bothered about the rest of the show. All we want to see is what Lee Garrett is up to this week. Last week, Lee —now infamous for his racist and misogynistic tweets— moved from Eric Bigger to Kenny King as his next target. Lee keeps inciting Kenny, a pro-wrestler while at the same time talking flak about him to Rachel.

Week 5 is when we reach the two-on-one dates and the producers have a knack for selecting the two biggest rivals in the house for it. Remember Taylor and Corinne last season of The Bachelor, where Corinne scared us with a voodoo doll? This time, Rachel goes on the two-on-one date with Kenny and Lee. The previews are promising so much drama that we almost think we’d want the voodoo dolls again!

The sneak-peek has dubbed it “Good vs Lee-vil” —that says a lot. Lee is beginning to own the villain label by continuously provoking Kenny. There’s even a hint of a physical altercation. Kenny’s bleeding face has been shown in this season’s previews over and over again. As Bachelor history goes, Kenny’s injury might not be as dramatic as the show makes it out to be. But it’s definitely going down on this two-on-one.

Well, Block apologized for her thoughtless comment, before deleting her account, and reactivating it —this time keeping it private. But Rachel’s response hints that we’ll soon say goodbye to Lee, hopefully tonight.

Two men. One rose. One stays. One goes. #TheBachelorette pic.twitter.com/vapbK49khV