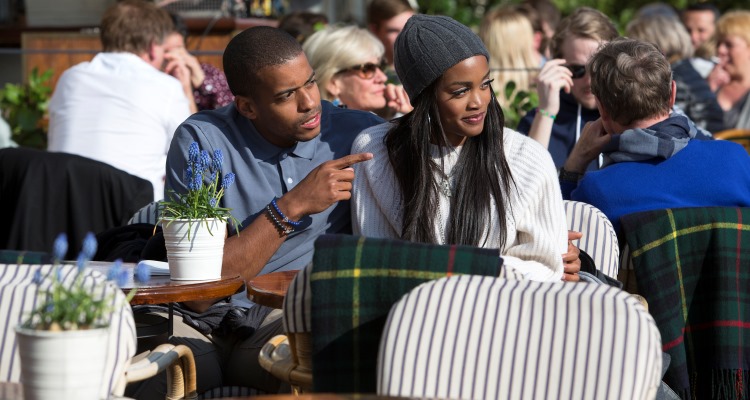 This season of The Bachelorette is shaping up to be one of the most eventful thus far—and this week’s two-night special didn’t disappoint. You may have heard rumors floating around online about a mass elimination and some cringe-worthy drama, and we’re here to confirm it all. There were some super awkward moments during The Bachelorette season 12, episode 6 that we suffered through, so you don’t have to. After enduring the two-night event and a barrage of eliminations, we’re a littler closer to figuring out who wins The Bachelorette 2017, but Rachel could still be swept off her feet by anyone—her heart still seems to be pretty fair game. For more Bachelorette spoilers on the second part of the two-night special, keep on reading!

If you’re still in the dark about what happened on The Bachelorette last night, boy are you in for the Bachelorette recap of your life! The drama between Lee and Kenny came to a peak, and was as hard to watch as you can imagine. Kenny and Lee get into it, and to get straight to the point, it ends (for the most part) with Lee telling Kenny that Jesus doesn’t love him and to “Eat s— and die.” Yeah. That happened. By the time Rachel returned, she tells Lee she doesn’t trust him and then sends him packing. She and Kenny walk back to the helicopter, but Kenny doesn’t leave with Rachel right away. He heads over to Lee to send him his final farewell. Kenny tells him that he hopes he can be the man God intended, and that “There’s a decent Lee inside there.” Meanwhile, Rachel is back at the helicopter shaking her head at how ridiculous the whole situation is, along with the millions of viewers watching. Regardless, Rachel gave Kenny that night’s date rose.

You’d think that was the most unfortunate Bachelorette week 6 spoiler, but don’t worry—there’s more. The next day, at yet another rose ceremony, viewers witnessed Josiah’s utter shock at not receiving a rose. “If she doesn’t give me a rose, there is something wrong with her brain,” Josiah told the cameras before his elimination. Well, then something must be wrong with her because Dean, Eric, Peter, Alex, Adam and Matt walked away with roses in hand, and unsurprisingly to us, Josiah did not.

Rachel has taken a Viking to Denmark! ?? #thebachelorette

After sending Josiah home, Rachel and the rest of her potential suitors set off to Denmark, where she has sufficiently awkward one-on-one dates with Eric and Will. Rachel and Eric were the first to spend some alone time together, and set out to explore Copenhagen. He mentions that he`s looking forward to an “intimate connection tonight” with Rachel, which made us—and probably her—wildly uncomfortable. Would you believe us if we told you that wasn’t the most awkward thing he said on their date? Well, believe us. He also told her he would like ten kids in the future, and that sitting in the hot tub with her, along with a number of other very naked people might we add, made him want a bunch of “selfies.”

Let’s move right on to the next day, where Rachel takes Dean, Kenny, Bryan, Alex, Matt, Peter, and Adam on a group date. After some fun Viking games (and possibly some stitches for Kenny and Adam), she sits down with Bryan and asks him if he thinks his family would accept her. To her tearful relief, Bryan reassures her that his family is extremely accepting and would love her.

@therachlindsay and Bryan get closer tonight on #TheBachelorette . ?

Rachel’s second sit-down was with Peter. This was probably one of the cutest moments of the episode—after a chat about what initially attracted her to him, and Peter admitting that Rachel had him thinking about his plans for the future, she asked him for a kiss. While there are some other good choices still in the race for Rachel’s affections, Peter is definitely a front-runner in our opinion! And not to our surprise, he was given the date rose for the night.

Kenny was the next contestant to hit the road, with a very amicable parting. Once Rachel found out he had a daughter, she decided it’d be best for all of them if he returned home to be with her. After her one-on-one date with Will (which was very cold, and unaffectionate), she decided he should also be on his way. Her reasoning was that he didn’t make her feel wanted; this was abundantly clear during their date, seeing as he kept his distance and didn’t so much as hold her hand the entire time. The spark just wasn’t there. At the rose ceremony the next day, she claims to have said her hardest goodbye to Alex.

The handsome gentlemen of #thebachelorette have gone fishing! ☺️

There you have it. The Bachelorette is now down to Eric, Peter, Bryan, Matt, Dean, and Adam. A lot to digest we know. But we have next Monday off so there’s time to process all the awkwardness, drama, and eliminations of the two-night special. Who do you think is the front-runner of the potential suitors left? Leave us a comment below and let us know!