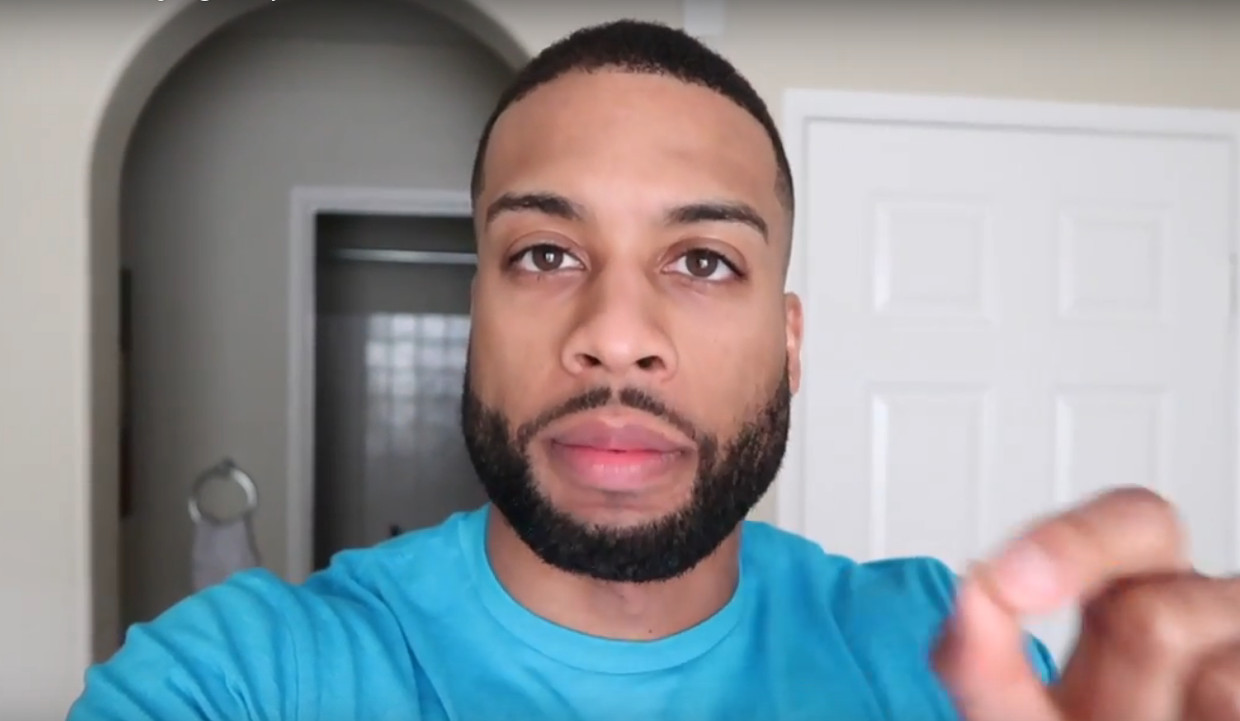 The Bachelorette’s Rickey Jasper is turning heads, and for many good reasons! The contestants of the show have been revealed, and fans want to know more. Check out details from Rickey Jasper’s wiki for all you need to know about the handsome trainer!

Hailing from San Diego, California, Rickey Jasper is a 27-year-old online personal trainer with his own thriving business. He’s the CEO of 4:13 Health and Fitness, a website that provides online training and coaching for people who want to get in shape. He also launched an apparel brand related to his business.

But Jasper didn’t start there. He had a rough few years in his early 20s. Want to know more?

Here are some important things to know about the contestant of The Bachelorette 2018.

Originally from Ashburn, Virginia, Rickey Lane Jasper II graduated from James Madison University with a Bachelor of Business Administration in Computer Information Systems and worked for IBM for two years. He was laid off due to a sector reconstruction in February 2015, forcing him to move back in with his parents.

Jasper was able to land another job opportunity working in cybersecurity. Although he enjoyed the job, he was out of work again after only six months due to another downsize.

But Jasper didn’t let that bring him down. He decided to launch his own business and pursue another passion of his.

Handle all adversity with faith, hard work and determination. Those three factors always in out! – The Comeback Season performance tee is almost back in stock! If you want one, shoot us a DM and we will send you the pre-order link or click the link in our bio! – ?: @coreyagray – #Bestself #COMEBACKSEASON #BuiltForIt

After his second layoff, Jasper brushed the dirt off his shoulders and started 4:13 Health and Fitness. He moved to San Diego with the help of another cybersecurity job that allowed him to branch out.

Jasper worked in cybersecurity in addition to his personal business for six months. He left the nine-to-five job and fully pursued 4:13 in July 2016.

However, Jasper’s business goes beyond health and fitness of the body.

According to his website, Jasper’s company name was inspired by the Bible verse Philippians 4:13, “I can do all things through Christ who strengthens me.”

Jasper’s mission is to empower people to reach their goals and have faith that with God as their source of strength, anything is possible.

“This company is intended to inspire people through every bit of content that is put out along with every piece of apparel this is worn,” as per the bodybuilder’s mission statement.

Jasper works with his clients to build up their mind, body, and soul for optimum health, wellness, and happiness in life.

Rickey Jasper on The Bachelorette 2018

Jasper has more than a big heart. He’s also (obviously) in amazing shape, worthy of any bodybuilding first place spot!

Happy Cyber Monday! And yes the new olive green Element Hoodie just dropped today! Use code “olive” for 15% off. Click the link in our bio! – On a side note, it’s awesome to see our vision come to life and so many people rocking with the brand. We don’t take this opportunity or responsibility lightly! Thank you 100x over, you all are our motivation! – ?: @coreyagray – #Virginia #SanDiego #BestSelf

With model-quality looks, a warm smile, and a heart of gold, it will be interesting to see if he can avoid the drama on this season of The Bachelorette.

Rickey Jasper doesn’t have a girlfriend yet. But with so many good qualities, fans are certain he will sweep bachelorette Becca Kufrin off her feet—or lift her over his head!

New Apparel alert! ? The black Performance Tee has just been launched! Click the link in our bio for 15% off today only! – ?: @seaninframes – #TEAM413 #ComebackSeason #TransformationTuesday

Becca Kufrin had her own heartbreak to overcome after her chance with bachelor Arie Luyendyk Jr. took a turn for the worse. Now, she’s ready to find love again, and hopefully, a love that lasts!

Stick around to learn more about the other contestants as you wait in anticipation for the season 14 premiere of The Bachelorette, which airs on Monday, May 28, 2018, on ABC!