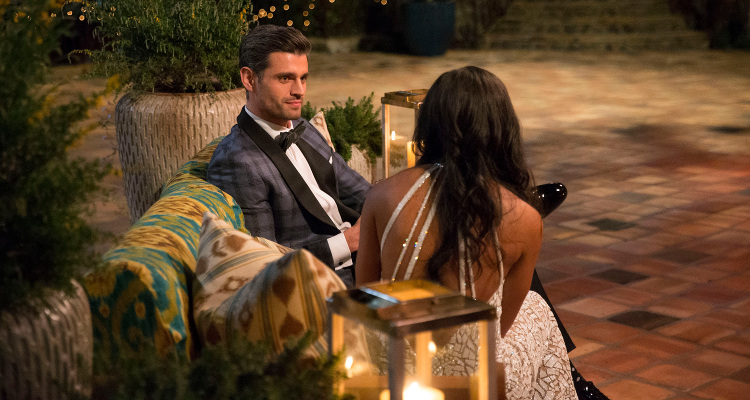 The Bachelorette is getting better and better this season —and it only just begun! One of the show’s eligible bachelors who is sending temperatures rising for both Rachel Lindsay and viewers, is Peter Kraus. To turn up the heat on this hopeful hottie, here some of Peter Kraus from The Bachelorette‘s hottest pics!

If you are looking for one reason to watch the show that has taken the world by storm, we have 10. The Bachelorette started on May 22 and there has already been a ton of drama! We are still at the start of the season, and there is no telling what’s in store in the coming weeks. Besides the excitement, people cannot get enough of the contestants, specifically Peter Kraus.

Peter Joseph Kraus is a 31-year-old from Madison, Wisconsin. He is 6’0″ tall and is a former international model, who now owns WORTH Personal Training and works as a dietitian.

Kraus has come a long way in his career, winning several titles and awards including the Madison’s “Biggest Loser” Trainer in 2010, and three Ironman Wisconsin Finishers.

Peter Kraus was the first contestant who met Rachel Lindsay on The Bachelorette. Rather than make a loud entry, he was sweet and adorably charming. He even joked about how he and Lindsay have matching gaps in their teeth! The personal trainer got chocolates for Lindsay, who had to admit that she doesn’t like chocolates! Though tough to recover from, he quipped, “I will literally throw this in the fire right now,” and not only earned the first rose of the season, but also won the first one-on-one date. If you want a better look at this fan-favorite, take a look at some of Peter Kraus’ pics as we’ve got the best ones right here!

Nailing the stately and serious look.

Get you a man who looks at you the way Peter looks at dumbbells.

You've got four chances to come sweat it out with me this week @kampsfit !! Starting with tonight's upper body class at 6pm, then legs Tuesday at 6pm, full body Wednesday at 6pm, and full body one more time Saturday at 8:30am. Come join me for all four!!

Suns Out, Guns Out!

Vacations over. Photo dump to come! A huge THANKS to this incredible dude for putting this all together! Love you BBC! #cruisin #brotherfromanothermother #yaaasssss #ptd2016

His abs are breathtaking!

That face will make us buy whatever he is selling!

If you haven't yet been to @pier.south in Hilldale Mall, I highly encourage you get over to check it out soon! Great southern coastal inspired clothing for men, women and kids! #piersouth #petermillar #summerwear #summer

He is ridiculously photogenic.

There are days when I miss being fully submerged in my modeling career; the travels, the people, the excitement of what incredible unforeseen opportunity might lie just ahead. Though I never felt like I totally fit in, I am forever thankful of the experiences that I had. #tbt #model #enjoyeverymoment #alwaysstayhumbleandkind #repost @scott_teitler

Let us take a moment to admire his magnificent beard…

Do what you love and love what you do. I began my business on a dream, today I continue to live that dream and I am grateful for every amazing experience that it has blessed me with. #doesntfeellikework #lovelife #worthpersonaltraining

…and his perfect jawline.

Does last year count as #TBT ?? Either way, I love this pic by Tony D! Thank you to @chosenmodelmanagement #model #LA #greeneyes #blackandwhite #manbag #nice

Leaving little to the imagination!

Love this shot from TD in his own back yard! So lucky to have shot with him. Thank you again @chosenmodelmanagement #LA #model #fashion #imissthesun

At least we know how he stays fit!