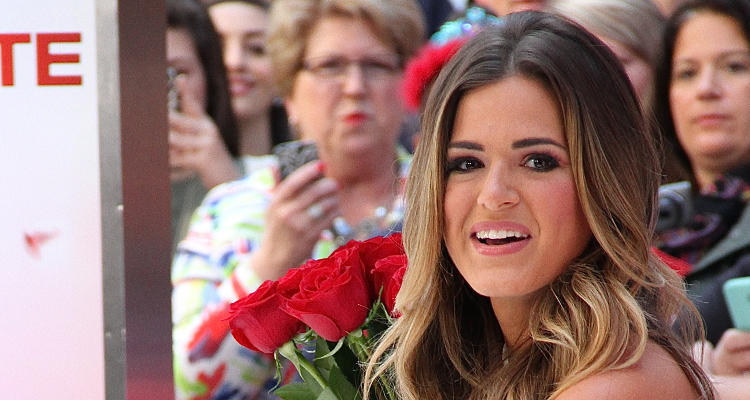 It seems pretty evident to us who the winner of The Bachelorette 2016 is, especially after watching the last episode. The two contestants left on the show are Robby Hayes and Jordan Rodgers. On Monday’s episode, both Luke Pell and Chase McNary were eliminated by JoJo Fletcher.

Now, the beautiful bachelorette is torn between two guys who she is in love with. Both are equally great candidates, even though certain concerns about both their exes have risen. If you are wondering who won The Bachelorette 2016, sit tight because it seems the winner of this season’s The Bachelorette is leaked. So, fair warning; spoiler alert!

According to sources, the former American football player Jordan Rodgers is the winner of The Bachelorette. Apparently Jordan’s brother Luke may have accidentally let the cat out of the bag when he gave an interview with Womanista, alluring to the fact that his family would have to get JoJo caught up on all of their favorite movies. He said, “She was able to just so easily come lockstep with our family and conversations and stuff, except for the fact that she is missing some crucial movies that we quote a lot, but we are going to catch her up.” He tried to backpedal his way through the interview, correcting himself by saying “We could catch her up, should she need to be caught up, depending on how this whole thing ends.” This certainly seems Luke leaked the news and that Jordan Rodgers is the winner of The Bachelorette 2016.

Although, Luke tried to correct himself, the damage was already done. Due to this, fans all over the world have started speculating that JoJo will choose Jordan Rodgers to be her fiance.

However, even though she may have selected him over Robby, she has her apprehensions about her decision. Some sources claim that she already regrets her decision. Sources are claiming that she is rethinking her decision and may decide to end the engagement on the show itself.

Viewers already know that Jordan and JoJo hit it off since day one and there have been rumors that the two started talking even before the show began. However, due to Jordan’s ex-girlfriend Brittany Farrar’s revelation, it showed that maybe Jordan is a player. She even took to social media and said that he cheated on her and participated in the show because he wanted the fame. According to her, he believed that it would have given a boost to his career.

His ex-girlfriend Brittany said, “Riding the bench doesn’t get in the way of a relationship, but cheating does. #yourpitchisntperfect @jrodgers11 #alwayswantedtobefamous #dreamscometrue #tuneinnextweekformoreBS @bacheloretteabc.”

This message certainly raised many people’s concerns as many are now wondering if he’s in the game just for the fame. Some are even wondering if things don’t work out with JoJo, maybe the winner will come on to future The Bachelor shows. JoJo had strong feelings for Robby Hayes but was not really sure about her future with him, given his past history with his ex. Robby’s ex-girlfriend also claimed that he is on the show to gain fame and for his career. Apparently, he also broke up with his ex days before to come on the show. So, who exactly will be the winner of the show?

For now the rumors claim that Jordan Rodgers is the winner of The Bachelorette 2016. But are they true? We can’t truly predict what will happen in the final episode, so you’ll just have to wait and see!

Tune in August 1 to find out who wins The Bachelorette 2016!