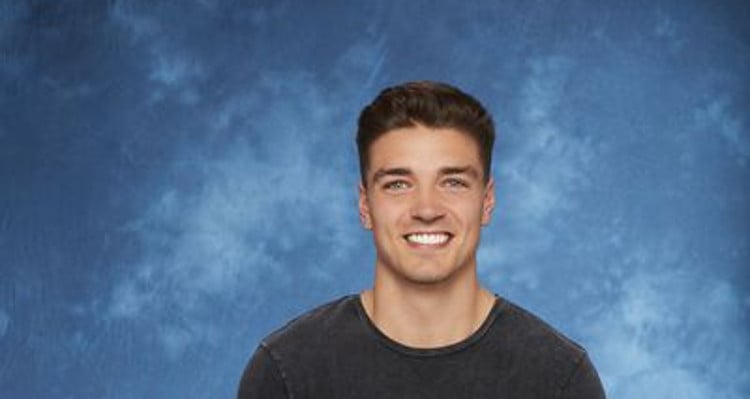 Dean Unglert may be five years younger than The Bachelorette beauty Rachel Lindsay, but that doesn’t mean we should write him off! With his great personality, good looks, and athletic build, he might just be the man Lindsay chooses in the end!

Rachel Lindsay is having a difficult time finding love as the handsome contestants of The Bachelorette 2017 keep finding new ways to impress her. One of these good-looking men is 26-year-old, Dean Unglert. Rachel Lindsay and Dean Unglert had an awkward first meeting after Unglert opened with, “I’m ready to go black, and I’m never gonna go back.” However, she found it bold and commended him for it! We’re happy to report that he is still in the running, and he hasn’t struck out just yet! Dean Unglert, The Bachelorette contestant, is one of the most popular guys on the show and is admired for his boyish good looks and athletic body. We’ve got all the hottest Dean Unglert pics you need to see, right here!

Climbing his way up to Rachel’s heart!

Unglert is originally from Aspen, Colorado, and he went to Basalt High School. He graduated with a B.S. in business administration and management from the University of Colorado, and currently works as a recruiter for StartupTAP. His mother, Debra Unglert, passed away in 2006 from cancer, and he has three siblings: Brad, Ross, and Skye. Unglert was a bit of a hell-raiser in his late teens. He was arrested for underage drinking on December 22, 2010. At the time, he was just 19 years old and was taken to Pitkin County Jail and charged with underage possession of alcohol.

Me, @jenniferjoyyy3, and #nala are having zero fun in in Nebraska. Can I go back to work please? #psyche #imwearingsunscreen

Considering she’s a lawyer, fans hope that Rachel Lindsay will give the former bad boy a break. Dean Unglert is a fun loving young man, and he’s quite confident that he’s the one Lindsay’s looking for. He oozes self-confidence as is evident from his pictures. Dean Unglert’s Instagram account showcases him with his friends, having fun, at the beach, playing games, rock climbing and being active. While every contestant has a chance of winning Lindsay’s heart, Unglert is a strong prospect!

My form could use a little work #NAMASTE