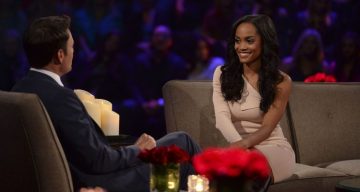 Rachel Lindsay, the beautiful lawyer from Dallas, has been declared The Bachelorette 2017. She is the first African-American Bachelorette and naturally, she deserves the best to compete for her heart. We have a list of the handsome hunks who we feel should fight to win Rachel’s heart!

But what’s a Bachelorette without scores of good-looking and attractive male suitors vying to get the girl’s attention? Everybody wants to know what The Bachelorette 2017 cast will be!

Best of the Best

Though it has not yet been announced who The Bachelorette contestants will be, we have done some digging around and have come up with a short list of who we think should fight for Lindsay’s hand in The Bachelorette 2017. We feel that the men who we have selected have it in them to spend time with Lindsay and help her find true love. In short, these men have what it takes to sweep Lindsay off her feet! They are smart, handsome, and determined in their quest to find their perfect partner. And when the woman is as smart and beautiful as Rachel Lindsay is, it will only bring out the best (or maybe the worst) in them! So, let’s take a trip down memory lane and talk about some of the guys who we think ought to be featured on The Bachelorette 2017.

#tbt in honor of our first regular season game this weekend. A clash of my old team/alma mater vs. new squad. Saturday morning at 10am at Mechanicsburg's Memorial Park Stadium. It'll be great to see the Trinity boys again, but I'm more anxious and excited about my Cedar Cliff squad this season. Great time of the year! #DoubtUs #CCBS ?⚽️

What about Brian Osborne, the high school basketball coach from Harrisburg, who was fighting hard to win the heart of The Bachelorette 2014, Andi Dorfman? He is a good-looking sportsman with a strong work ethic and is a romantic at heart. Osborne may not have gotten a rose from Dorfman, but he impressed us with his chivalry and good manners. In fact, he was so popular that he was inundated with roses when he went back to Harrisburg after the show ended! Osborne admits that he was heartbroken not to have won Dorfman’s hand on the show, but we feel he is ready to try and find love again.

Lindsay is a big city woman, but what is it that people say about opposites attracting? Maybe that is why farmer Chris Soules has a good chance of winning her heart. Soules is a fourth-generation farmer from Arlington, Iowa, who graduated from Iowa State University with a major in Agricultural Studies. Soules fell in love with Dorfman, and when she turned him down during the fantasy suite episode, he took it like a man. He was heartbroken, but remained a gentleman. Soules left, but only after telling Dorfman that he appreciated and respected her. Soules then became The Bachelor for season 19 and, after choosing Whitney Bischoff and proposing to her, the couple called off their engagement with things getting quite messy between the two.

When it comes to looks, few guys can match Dylan Petitt, who was in the running in The Bachelorette 2014. Petitt is as smart, as he is handsome. He is an accountant with a degree in business and accounting from the University of Massachusetts, Amherst. Petitt even ran his own business while still at college. Fans of this dreamy, quiet, and brooding contestant were devastated when he was sent back, but he had already made his mark by then. Petitt is working in Boston and we feel he would be ideal as a contestant trying to win Lindsay’s hand in The Bachelorette 2017.

What about having a real sweet and sensitive man on the show? Then we don’t need to look any further than Chris Strandburg, who contested in The Bachelorette 2015. Strandburg is a dentist who has also done some modeling assignments, as well. Talk about being multi-talented! Strandburg was nicknamed “Cupcake” because he arrived on the first episode in a cupcake shaped car. The Bachelorette 2015’s Kaitlyn Bristowe eliminated Strandburg during a date overlooking the picturesque Cliffs of Moher in Ireland. Strandburg was so devastated over this rejection that he broke down into tears in front of the cameras and cried hard into his plaid scarf. Today, he takes his emotional breakdown in his stride and jokes that he takes that “special” scarf everywhere with him. We feel he would be great in this year’s show and his naive temperament would be a perfect foil to Lindsay’s serious smarts!

What’s a Bachelorette without a “bad boy” that everyone loves to hate? That’s enough reason to bring back the bad boy of The Bachelorette 2016, the one and only, Chad Johnson. The meat-loving luxury real estate agent didn’t have to work hard to make everyone hate him. Johnson just had to be himself! He loves being the guy who pisses everyone off. Even Bachelorette JoJo Fletcher couldn’t take any more of him and sent him packing early in the show! Not that Johnson has reformed after his exit. He is as bad and crazy as ever. Whether it’s using obscene language, abusing other contestants, being cruel to handicapped people, or stealing other men’s girlfriends, Johnson revels in doing it all. People are scared of him and that’s the way he likes it. But there is no doubt that Johnson simply enlivens the show whenever he is present. His notoriety proves that it’s good to be bad! And let’s face it, he’d be great for the ratings!

Robby Hayes almost got the girl on The Bachelorette 2016, where he finished as the runner-up. The former professional swimmer says that recovering from his split with JoJo Fletcher was “very difficult.” He had to spend time with his family so that he could get over the fact that he did not get Fletcher to say “Yes.” Now, Hayes is doing very well for himself. He has his own company called Glisson and Hayes Investments LLC and he is also a sales representative for Martha Pools USA, as well as a model for Molinari Models and Talent. Wow! That makes him one hot candidate to woo Rachel Lindsay in this year’s show! Both of them have a unique combination of smarts and good looks and that augurs well for their chemistry.

JoJo is a dumbass. How did she not pick Chase? #TheBachelorette pic.twitter.com/uZHxTh54fa

If we can have a bad guy in the mix then why not have a “controversial” guy, as well? That’s why we are pushing for Chase McNary to be a contestant on the show. The hottie from Denver is dating a girl who believes in the far right movement in America. On top of that McNary supported Donald Trump in his successful bid to become the President of the United States, which could certainly stir up some political debates! The medical sales representative helps doctors in saving patient’s lives by ensuring they get a regular supply of medicine, but is one of Donald Trump’s “deplorables.” We just love this contradiction in McNary.

Finally, what’s a Bachelorette show without wine and music? That’s why we think that singer-songwriter, Luke Pell would make a fine contestant on the show. After being sent packing by Fletcher after his hometown date, Pell buried himself in his work. He put all his effort into his debut music album, which saw a January 2017 release. Pell revealed that some of his emotions about Fletcher have found their way into his music and it was a kind of like therapy for him. He doesn’t have a rose song (thank God), but his feelings about Fletcher creeped into his music. That’s fine. What girl doesn’t like a handsome man crooning over her via love song, anyway? We are sure that Lindsay will love it!

There we are! This is our list of just some of the guys we feel should be on The Bachelorette 2017. There will be only one lucky guy at the end of the day, and though we don’t yet have an idea who they could be, we feel all these guys would fight hard to be the one to win Lindsay’s heart. There will be love, hate, tears, smiles, drama, electricity and lots more when Rachel Lindsay meets her new suitors and we can’t wait to see what happens!