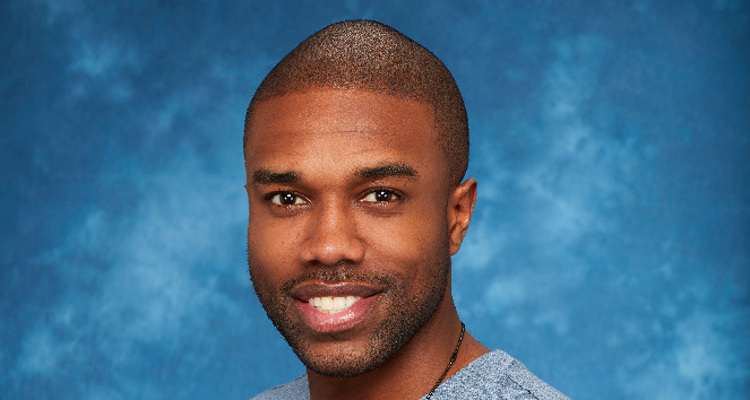 Monday’s episode of The Bachelorette took a dramatic turn when one contestant’s motive for being on the show was questioned, after it was revealed he had a girlfriend! Of course, Rachel Lindsay did the right thing by eliminating him. Find out which contestant on The Bachelorette already has a girlfriend as we’ve got all the details right here!

Whitney Fransway, who competed against Rachel Lindsay The Bachelor Season 21, already warned her about DeMario Jackson before the show. The truth was finally revealed after Jackson’s girlfriend showed up on The Bachelorette during last night’s episode. It goes without saying that the 31-year-old attorney expected drama in her search for love, but this was a real shocker!

From the beginning, The Bachelorette contestants thought that Jackson talked a big game, but Lindsay didn’t seem to mind. In fact, she liked his confidence and was impressed by it —that is, until episode two. Jackson was there during the season’s first group date on the basketball court. However, things took a nasty turn when he was called out by his girlfriend, who showed up to confront Jackson and warn Lindsay about him. So, who is DeMario Jackson’s girlfriend?

DeMario Jackson’s girlfriend is named Lexie. She showed up on The Bachelorette to reveal to Lindsay that she was dating Jackson for seven months before he disappeared. He ghosted her before coming on to the show, yet he still had the keys to her apartment! Lexie further explained that three days after he disappeared, she saw him on television during the After the Final Rose special, as an upcoming contestant on The Bachelorette.

At first, Jackson pretended that he did not recognize Lexie. He then revealed that he met her before and he told Lindsay that he wanted to discuss it off-camera (but Rachel was having none of it). Jackson said he ended the relationship awhile ago and that he and Lexie were not together anymore. Lexie then dropped the bomb that she still has the text messages from when they were together, and gave Lindsay her phone to peruse through the proof. Lindsay was hurt and angry, and told Jackson to get out.

During The Bachelorette premiere, Rachel Lindsay sat down with a few girls from her season on The Bachelor. Whitney immediately called out DeMario Jackson saying, “Sarah [Vendal] from our season knows him through some mutual friends from college. She said that his intentions might not be pure.”

A Second Chance in the Cards?

Not much is known about DeMario Jackson’s girlfriend. However, at the end of Monday’s episode, he showed back up at the mansion unannounced. He told Chris Harrison that he wanted to talk to Rachel Lindsay and explain his side of the story. The episode ended with the rest of the guys (adrenaline pumping) ready to fight for Rachel’s honor, literally.

The drama will continue into next week’s episode. Do you think Jackson is telling the truth? Do you think he is on the show for the right reasons? Let us know your opinion in the comments section below and watch The Bachelorette Mondays at 8:00 p.m. EST on ABC!