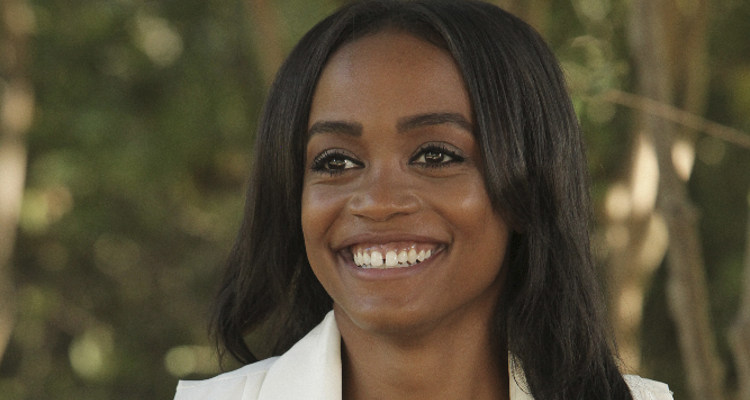 We’re all happy that Nick Viall’s fourth Bachelor stint worked out and he’s now engaged to Vanessa Grimaldi. But tonight’s After the Final Rose was all about the new Bachelorette, Rachel Lindsay. Bachelor Nation is extremely excited for the first African-American Bachelorette. During the finale, she let it slip that the filming for season 13 will begin in a couple of days. What she didn’t know is that she began her televised quest for love right at that moment! Bachelor host and mainstay, Chris Harrison revealed that they were having an early start to The Bachelorette on the live special and introduced Rachel to her first four suitors. Who are The Bachelorette 2017 contestants that have finally been revealed? We’ve got everything you need to know about The Bachelorette season 13 cast right here.

During After the Final Rose, Chris Harrison’s script mentioned the word “historic” a lot. And historic it was! For the first time ever, The Bachelorette met her suitors on live television in front of a studio audience. Harrison even helped Rachel get into The Bachelorette mood with a backdrop of The Bachelor mansion in the studio, while a limo with the first batch of contestants pulled up outside.

And here we thought we’d have to wait until May to get a glimpse of the guys vying for the most popular Bachelorette ever. A very unprepared and nervous Rachel was excited to see who the men were —and so were we!

First up, Rachel met Demario, who proved that even in front of a live studio audience and sans Bachelor mansion driveway, limo arrivals are the most entertaining part of the season. Demario proposed to Rachel right off the bat and made a lasting first impression on Bachelor Nation. He said that she doesn’t need to meet any of the guys after him as he pulled out tickets to Las Vegas so they could elope. Well prepared Demario! But she knows better than to accept his proposal right away. Otherwise we’d miss out on one of the most exciting seasons of The Bachelorette ever.

The next guy was Blake, a bumbling nervous fellow who was as adorable as he was gentlemanly. And it looks like suddenly introducing him to the new Bachelorette live really got to him! Rachel could empathize. They had a little awkward first meeting when Rachel went in for a hug as he tried to kiss her hand. Well, at least he got to do both!

Bachelor guru, Reality Steve tracked down a few pictures of Blake and judging from those abs, he’s a fitness buff. But that isn’t even the best part! Blake’s ex, Laura Oceane, doesn’t have much nice things to say about him and is gearing up to roast him once the season airs. Bachelor Nation, drama is served!

Nick Viall’s second runner-up met Dean next. His opening line, “once you go black, you never go back” may have been a nervous joke, but it had a shaky landing. Rachel, to her credit took the tasteless pickup line well and gave him a hug. Nevertheless, he might be one to watch this season. And he’s only the third contestant revealed from The Bachelorette cast!

The final contestant revealed was Eric, who held back from handshakes, hugs, and kisses. Instead, he stood in front of Rachel and went off on a flat-toned, seemingly rehearsed, speech about wanting to start off as friends. Another nervous contestant who actually had a rather nice way with words. The Baltimore native shed some nerves, when he and Rachel had a little dance on stage. We’ve seen Rachel’s moves during the New Orleans First Line Parade with Nick and we can’t wait to see more on The Bachelorette!

After meeting only four contestants, we are excited to see what The Bachelorette 2017 has in store. Can’t we just skip ahead to the premiere? We’re going to have to wait until May 22 when The Bachelorette season 13 premieres on ABC to see the handsome guys vying for Rachel Lindsay’s heart.