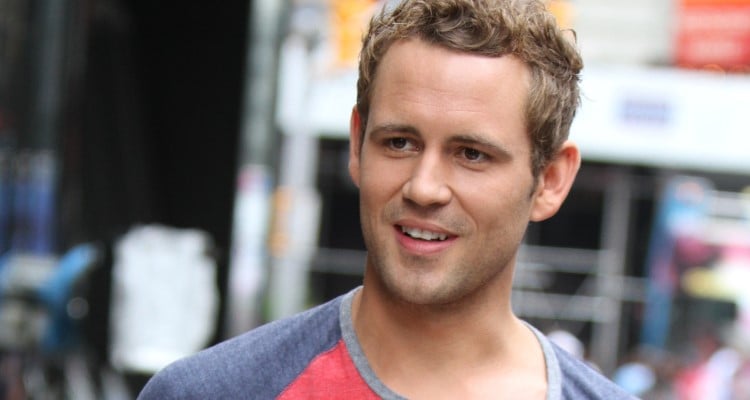 Who is the new bachelor? Nick Viall was named the next bachelor over the Bachelor Nation’s favourite, Luke Pell, and it has come as a shock to fans! People are asking, why is Nick the next bachelor? Why is Luke not the bachelor? If you want to learn more about Nick and get a few juicy The Bachelor spoilers, keep on reading.

Viall Gets Another Chance

The 35-year-old software salesman won over two bachelorettes and People has confirmed the show has named Nick as the next bachelor for season 21. The host of the show, Chris Harrison, says it “makes so much sense.” Fans of the ‘Bachelorverse’ know Viall from his appearances as a cast member on Bachelor in Paradise season 3, and his previous years on the Bachelor franchise as the runner-up on both Andi Dorfman and Kaitlyn Bristowe’s seasons of The Bachelorette. He was dating Jen Saviano on BIP, but that relationship didn’t work out. Viall talked about his Bachelor Nation journey after Tuesday’s episode of BIP and said, “It hasn’t worked out so far… hopefully this time around, maybe things will end up on a more positive note.”

The Right Man for the Job

Fans were shocked because they expected it to be Luke Pell or Chase McNary, who both appeared on JoJo Fletcher’s season of The Bachelorette. The hype over Luke Pell was undeniable, so fans assumed he would be the final choice. So, why did the producers choose Viall? Bachelor Host, Chris Harrison exclusively told People, “So many names get thrown around and at the end of the day, as producers, we have to try and think and decide what’s best for the franchise and who is the most deserving and sincere person. At the end of the day, we all looked around the table and nobody could say it wasn’t Nick. You can’t shoot holes at the fact that he is just the most deserving and sincere person. Who deserves it more than him?”

Some fans are also shocked because of his age. Viall is 35, which is older than the average bachelor. Why does he have a chance? Harrison said, “There are plenty of women out there that find him adorable and lovable and irresistible. I have no doubt he will find the woman of his dreams.”

Very excited to be attending after the final rose show tonight . More excited that I’m not actually in it. #afterthefinalrose #bachelorette

A source told ET that the decision was last minute, “It wasn’t even a thought on the table that Nick would be the next Bachelor. He had no idea they were considering him… ABC called Nick very last minute – just a couple of days before the announcement – and made him an offer. Luke was all set to be the Bachelor. He had signed a contract and was getting ready to leave.” Pell responded to the announcement, “Sometimes in life we are faced with unexpected changes. I’m happy to be back home in Nashville and so excited about what the future holds.”

This looks like the beginning of a bright relationship. #BachelorinParadise premieres tomorrow at 8|7c on ABC!

He may have been seen as a villain in his previous appearances, but the producers of the show believe he has a lot of potential. He’s brave, he owns up to his mistakes, he likes confident women who speak their mind, and he falls in love very easily. He’ll be a hit to watch because he’s full of great one-liners — is there anything left to say?

It sounds like Viall is just the guy for the job – let’s hope he finds true love this time! 4th time’s a charm, right?