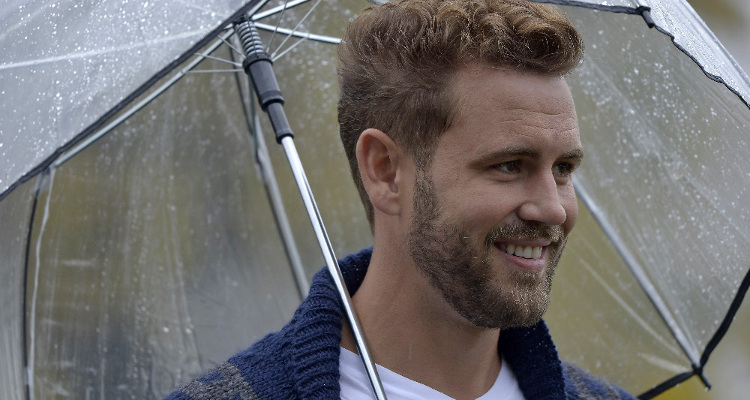 After last night’s explosive hometown dates on The Bachelor, it’s time to unveil the spoilers for next week’s episode! Someone from Nick’s past pays him a visit and he bids adieu to another unlucky bachelorette!

Nick Viall began his search for true love at the turn of the new year with a bevy of 30 young, beautiful, and accomplished women vying for his attention. After a long and grueling elimination process, the number has been narrowed down to four finalists: Rachel, Raven, Corinne, and Vanessa. Last night’s (February 21) episode saw the 36-year-old software salesman-turned-reality star pay a visit to the hometowns of his top four picks, to meet the girls’ families and get his prospective in-laws’ blessings. The Bachelor episode 8 ended on a cliff-hanger, with the rose ceremony taking place next week and an unexpected guest showing up at Nick’s doorstep. Who is the mystery woman? Well, it’s none other than season 10’s Bachelorette, Andi Dorfman, who dumped Nick on national television. She shows up unannounced and is hoping to set the record straight! Scroll down to find out more exciting The Bachelor week 9 spoilers, as well as The Bachelor 2017’s remaining contestants!

The Bachelor Week 9 Spoilers and Week 8 Recap: Who Will Go Home Next Week? 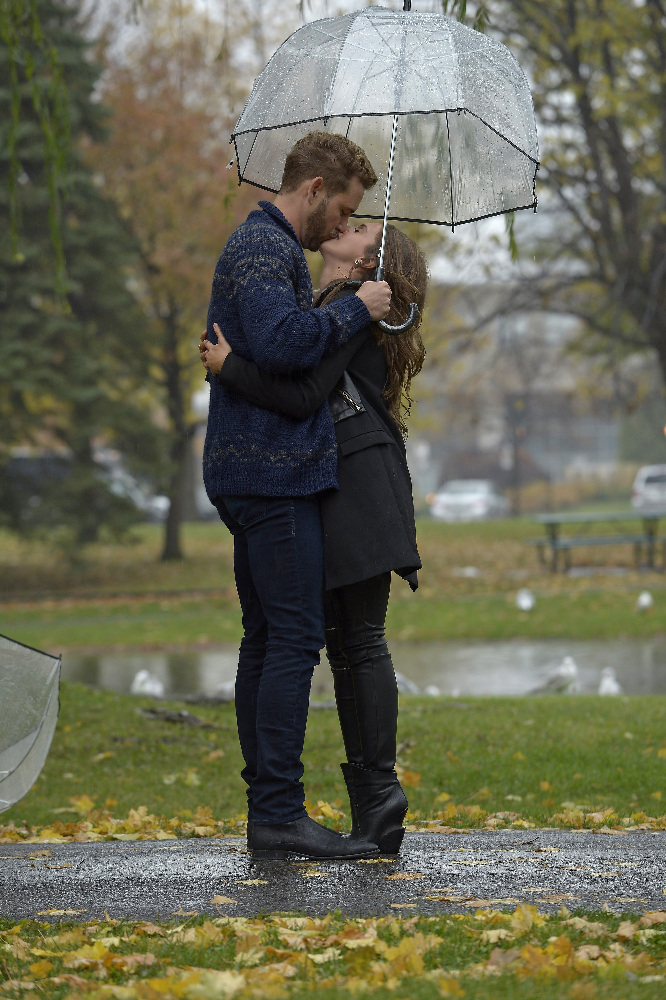 Things got more interesting on The Bachelor, as the final four contestants got to give Nick an inside look into their everyday lives! Die-hard fans of The Bachelor will know that the Fantasy Suites will be featured in the next episode, in the gorgeous Lapland, Finland! Spoiler Alert! The Bachelor blogger, Reality Steve has predicted that after the much-awaited rose ceremony, Nick will bid a tearful goodbye to The Bachelor season 21’s villain, Corinne. The spoiled rich girl entertained everyone with her hilarious antics and epic one liners but apparently her time will soon come to an end. We will certainly miss the excellent television Corinne brings!

Blast From the Past: Andi Dorfman

In The Bachelor episode 9, viewers will witness an awkward surprise encounter, as Nick and Andi come face-to-face. Back in 2014, the former Assistant District Attorney from Georgia chose Josh Murray over Nick in the explosive season 10 finale of The Bachelorette. Since then, Nick has had his heart broken twice more on The Bachelor franchise, and is back hoping that his fourth time will be the charm.

Unfortunately, viewers expecting a major showdown or a loving reunion will be disappointed because Andi’s appearance is nothing but a teaser to spice things up as the season inches closer to its end. The duo have an intense heart-to-heart and Andi gives Nick some relationship advice about how to handle things going forward. Who said exes couldn’t be friends? Our bachelor Nick heads off to the rose ceremony following his intense conversation with Andi, where he eliminates Corinne. 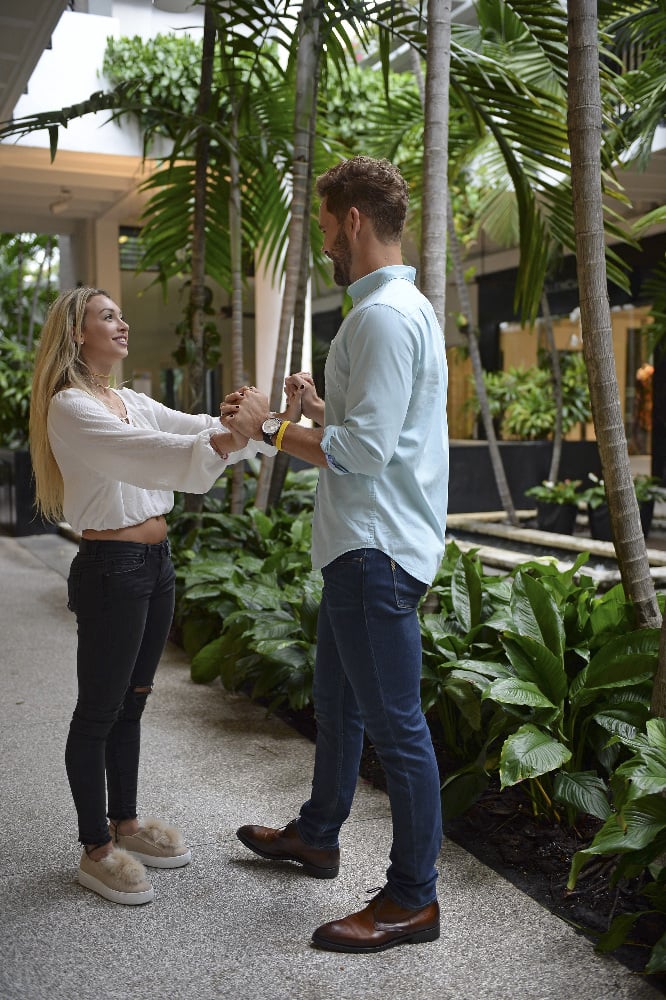 Jetting off to Lapland, Finland

One of the main reasons why The Bachelor is so popular among its millions of viewers is the exotic foreign locales. The hit ABC matchmaking show is famous for creating elaborate romantic scenarios, whether it be a sunny tropical beach paradise or a starry night in the snow. According to the latest The Bachelor 2017 spoilers, Nick and his top three finalists will head off to picturesque land of Lapland, Finland where the highly-anticipated overnight dates will take place. Be prepared for  “cold, snowy days and warm, romantic nights,” as The Bachelor episode 9 airs on February 27, 2017.

Last week, it was revealed that the 31-year-old attorney from Dallas, Texas would be ABC’s The Bachelorette for season 13. The news came as a surprise to viewers, considering that the gorgeous Rachel had been a frontrunner since the beginning of the show and her electric chemistry with Nick is undeniable. According to Reality Steve, Rachel will be eliminated during the rose ceremony in Finland, but fans needn’t feel bad for her, because she will be busy making history as ABC’s first African-American Bachelorette!

In an interview with People, Rachel admitted, “I was definitely heartbroken over the situation. I didn’t expect it. I didn’t think it would end that way for me. Time heals all. Since then, I’ve been able to get back into work and be with family and friends, I’ve moved on from it. My biggest thing is, I just want Nick to be happy. If he’s found that with someone else, then that makes me happy too.” 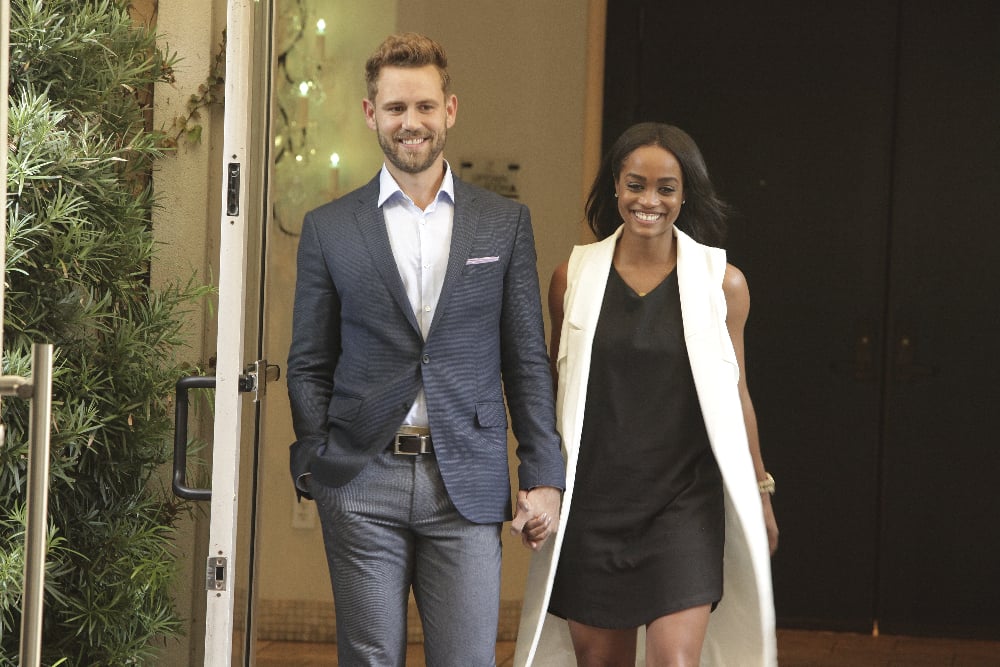 As The Bachelor season 21 draws closer to its finale, Southern Belle Raven and special education teacher Vanessa will get to spend some uninterrupted time with Nick during their last dates before he makes his final decision. Spoilers for The Bachelor week 9 tease that the beautiful ladies spend some time with the large Viall family as well, which should be entertaining to watch. We definitely can’t wait to see what happens in the Fantasy Suite overnight dates in Finland!