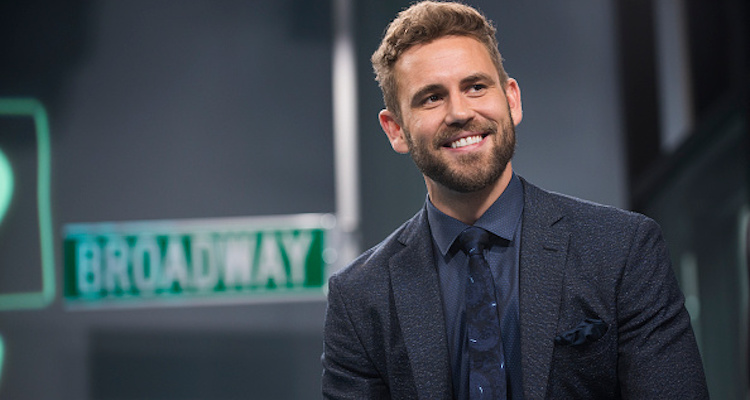 Who shows up on The Bachelor next week? It case you missed the last few crucial seconds of last week’s episode, former Bachelorette star, Andi Dorfman, makes a surprise comeback to Nick’s hotel room in New York City!

Fans are done asking, “Who returns on The Bachelor next week?” Now they want to know why Andi is back and what could she possibly have to say to the man whose heart she broke. If you you’re looking for The Bachelor spoilers, then keep reading, because we have just what you need to know about who’s coming, going, and who’s engaged. The Bachelor week 8 spoilers bring us that much closer to see who wins Nick’s heart and, thanks to Reality Steve, we can make things clearer for you on what’s going on with the remaining four women in Nick’s love life.

Contestants Raven, Vanessa, Rachel, and Corinne were all lucky enough to receive hometown dates this season, but who made the best impression and who’s going home? Before the next episode of The Bachelor, we’re giving you a full recap of everything that happened before Nick makes his decision. One girl could be getting a ring, but which one?! 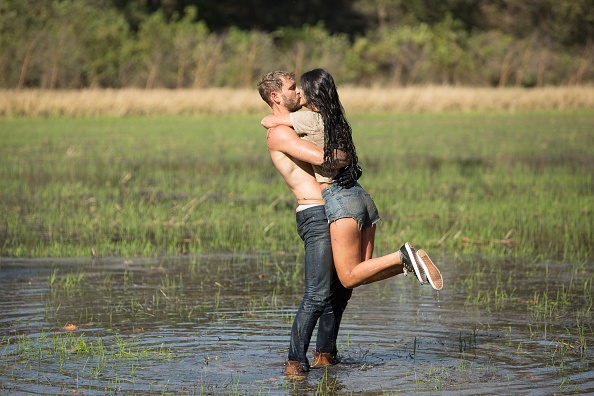 We’re all still sad that Kristina got the boot before the hometown dates, but no one likes a fifth wheel and there can only be four ladies. Even Fifth Harmony is down to four members now! Raven took her new man home to Hoxie, where they rode on four-wheelers through a dirty swamp and were almost arrested by a police officer —who is also her brother! As a joke, Raven tricked Nick into thinking that the people in her town tell secrets on top of the grain bin. Once they climbed up, an officer came to talk to them and the production crew. Nick was noticeably scared (we have a feeling he’s too pretty for prison) and then it was revealed that the cop was in fact Raven’s brother. Plot twist! Raven gets points for creativity and she definitely knows how to have a good time. Also in the episode, Raven’s dad, who was the reason she opened up her own boutique, announced that he is cancer free. It was clear that Raven had a good day all around! Spoiler alert: Raven is one of the last two girls standing! Looks like Nick was impressed with Raven and her family. 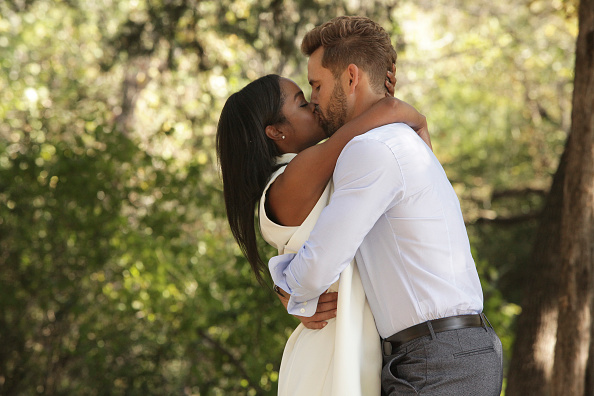 As you all know, Rachel isn’t getting a ring at the end of this season, now that’s she’s already been confirmed as the next Bachelorette. Instead, she will be giving out the roses, trying on ball gowns, and having men compete for her affection. Let’s just hope she doesn’t cry as much as JoJo did! Rachel is the first African-American bachelorette in the show’s history and we’re still in shock that the news was leaked before she was sent home this season! Despite not winning Nick’s heart, they did have fun during her hometown date. She took Nick to church and then to finally meet her family. Despite talking about interracial marriage and the awkwardness that ensued, Rachel showed Nick how amazing her family truly is. He also talked about how much he liked Rachel and that her skin tone didn’t matter to him. What a guy! According to reports, Rachel’s Bachelorette news was announced early to give the contestants enough time to apply to her season. At least Rachel got something out of this season and before you know it, she will be the one choosing the man of her dreams! 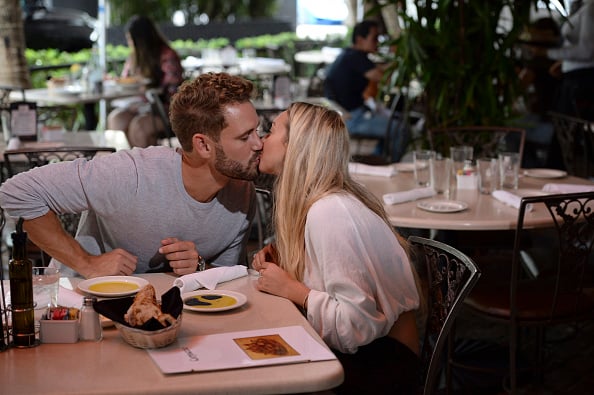 Corinne had an interesting date and she already feels she’s in love with Nick after almost two months. Her dad was confused as to why she loved Nick, so it looked like he wouldn’t be giving his blessing for Nick to pop the question any time soon. Corinne was her usual wild self while on her hometown date shopping with Nick, and began wrapping her legs around him in public, as usual. The amount of time she throws herself at that poor guy should be a certified drinking game by now! Nick also got to meet Corinne’s infamous nanny, Raquel. No one knows why a 24-year-old business owner needs a nanny, but after witnessing her antics throughout the show, we kind of see why she needs a babysitter. Sadly, for her, she’s getting a ticket home for good while everyone else gets a rose! 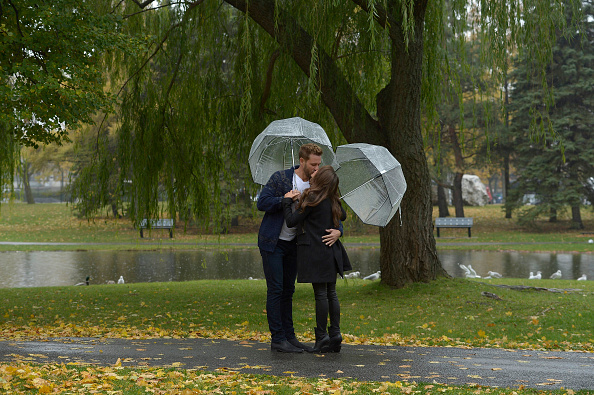 If there’s one girl who’s a fan favorite, it’s Vanessa. The Canadian girl next door is fun, smart, and compassionate. Definitely wife material for Nick and she did everything she could to make him comfortable in her world. She brought him to see her special needs students (one of whom drew a nice picture of her), they made scrapbooks together. Then, she took him to see both of her parents, who are divorced. Her mom’s house was the life of the party, with her family hosting a classic Italian meal, while her father’s house was quieter, since it was just him and his new wife. And spoiler alert: Nick reportedly chooses Vanessa over Raven and they get engaged! Could this be true? Could Vanessa be the one to get the final rose and a ring?! How do you say “we hope so” in Italian?

Who Returns on The Bachelor Next Week?

Back in Brooklyn, New York, we see Nick struggling with his thoughts on each of the girls, when who should appear at the door? None other than Nick’s old love interest, Andi! She’s back to give Nick some much-needed advice and help set him straight on which girl is the right one for him. Judging by the spoilers, Andi may not be a fan of Corinne. After Nick recovers from the surprise shock of his ex showing up at his door, he opens up about how he fears he will end up alone after being on the franchise three times before! It seems that Nick doesn’t have to worry about his future, but he may need to brush up on his Italian if he wants to keep up with Vanessa’s family!