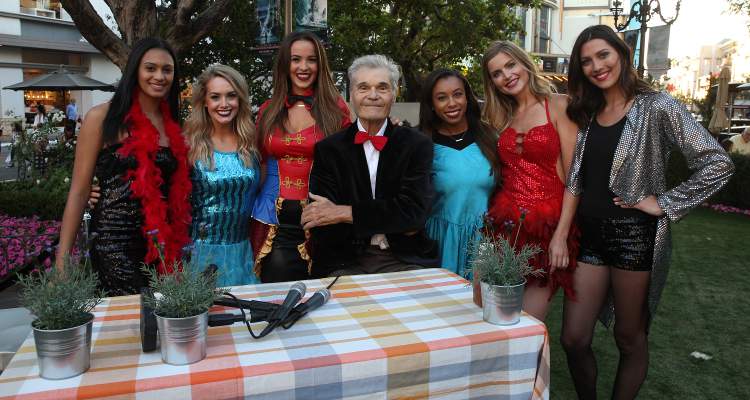 Another exciting and dramatic episode of The Bachelor aired on Monday. Three girls were sent home and the rest are vying even harder for Arie Luyendyk Jr.’s heart! If you are looking for The Bachelor  Week 5 spoilers and want to know who wins The Bachelor 2018, then keep reading. We have the scoop!

Week 4 of The Bachelor was quite interesting. For a change, Krystal didn’t get much attention from Arie, which obviously made her very upset.

Fans also learned a few tricks about surviving in the wilderness, which we are sure nobody will follow. Drinking your own pee? No thanks! We would rather die of thirst!

After watching the episode, many are curious about The Bachelor 2018 spoilers. However, before we head over to The Bachelor Week 5 spoilers, let us give you a quick recap of what happened in episode 4.

What Happened in Episode 4 of The Bachelor?

These girls are in survival mode on #TheBachelor tonight!

The ladies are ready to do anything for Arie in the name of love—some even willing to drink their own pee! Thankfully, that is not what happens, even though Jacqueline was clearly on her way to taking a sip to prove to Arie that she can go to any extent for love!

Their group date moves forward to eating worms, because hey, you need to learn how to survive in the wild if you ever plan on going hiking, right?

Kendall, Arie, and Tia eat worms while Krystal stands on the side announcing that this date is “below her level.” To add more to Krystal’s misery, Arie kisses Kendall, clearly impressed by her worm eating skills.

Finally, he learns the truth about Bekah Martinez and it seemed to be a bit of a bomb! Up until this point, Arie (and viewers) had no knowledge of how young Bekah really is.

When she reveals that she is 22 years old, Arie is in a bit of shock. That means there is a 14-year age gap between the two, and Arie began to reflect on how he was at 22—certainly not ready to settle down. He is unsure whether she will be ready for marriage, because spoiler alert: Arie came to The Bachelor for a wife!

Despite his hesitation, he is obviously still crazy about Bekah and ends up giving her a rose. (Krystal’s reaction is pure gold.) Before the Rose Ceremony, Krystal clears things up with Arie, and at the end of the night, he ends up giving Krystal a rose, too! That means the three ladies who said bye-bye to Arie are Brittany, Caroline, and Maquel.

In the next week, Arie and the rest of the remaining ladies will head over to Fort Lauderdale, Florida. Single mother, Chelsea Roy will finally get her first one-on-one date with Arie! Their initial spark was undeniable, but the two have not really been able to reconnect much since.

Chelsea and Arie will go to Esplanade Park on a 100-foot yacht for their date. Spoilers reveal that they will have dinner at a museum that features antique cars. Spoilers also reveal that Chelsea will end up getting a rose from Arie after their date.

The ladies in The Bachelor mansion and viewers have had enough of Krystal. Spoilers hint that she will have a meltdown that will create a lot of drama and chaos in Week 5! Mark your calendars, our “Krystal” ball is calling for major drama!

The girls will go on a group date with the handsome bachelor, but as of right now, there is no news about who will get the group rose.

Tia will bag another one-on-one date with Arie! He and the Southern belle will be seen spending some quality time over dinner where she may eventually get a rose.

By the end of the episode, two more ladies will go home, and unfortunately, neither will be Krystal. It is not her time yet! It does not look like Marikh or Ashley receive roses the next week, so their days are numbered.

It has only been four episodes, but according to sources, the lucky female who will get to be Arie’s bride is Becca K.! In the first episode, he showered her with gorgeous dresses and Neil Lane earrings! The next thing she gets could be a Neil Lane engagement ring!

Who do you think wins The Bachelor 2018? If you are curious to know, then make sure you tune into ABC at 8:00 p.m. EST on Mondays!