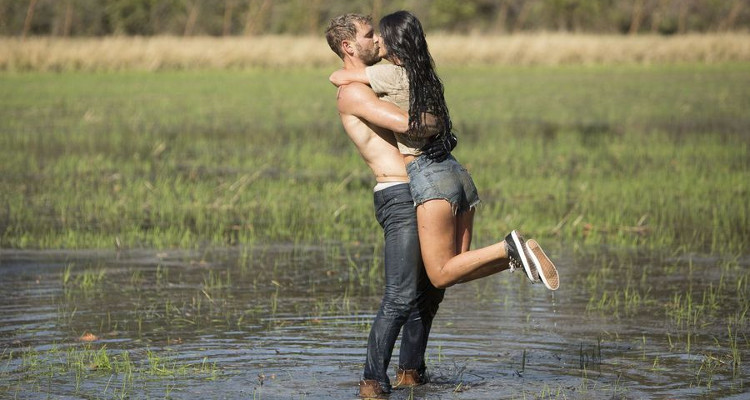 Nick Viall started on his quest for love, knee deep in gorgeous women. Now, it’s come down to the final four vying for his heart. One of the girls will be going home tonight and the rest are going on an overseas vacation with Nick!

The Bachelor is nearing its nail-biting finale. Four women, Vanessa, Rachel, Raven, and Corinne, are competing to win a Neil Lane engagement ring from Nick. Last week’s episode saw the much anticipated hometown dates. Nick visited each of the ladies’ hometowns and families, which took fans on an emotional roller-coaster! Just when we were getting to the rose ceremony, the episode ended with a surprise arrival! To make sure you’re ready with your popcorn in front of the TV, we have The Bachelor 2/27 TV schedule. If you are not up to date with the latest news on The Bachelor season 21, be warned, this piece contains spoilers!

What Time is The Bachelor Tonight?

With Sunday’s 2017 Oscars ending on a dramatic note, ABC continues with the drama tonight (February 27). A new drama-filled episode of The Bachelor season 21 will air tonight at 8:00 p.m. EST. Tune into ABC or watch it online through ABC’s web site or app.

More Thorns Than Roses on The Bachelor Week 8

After sending Kristina home during their Bahamas getaway, Nick kicked off the The Bachelor escapades. Last week’s hometown dates turned out to have more emotional drama than anyone anticipated. Nick first visited Raven in Hoxie, Arkansas and dropped by her parents house.

Nick’s next stop was Dallas where he met the parents of Rachel, the new Bachelorette. Rachel’s mother had some concerns and wanted to know if Nick was ready for a bi-racial relationship. It’s a moot question now, since we know Rachel will be the first black Bachelorette of the franchise.

The Bachelor then moves to Miami, where Corinne treats Nick to a very expensive shopping spree. We also see the (in)famous cheese pasta chef, Raquel, Corinne’s nanny. This was by far the most lighthearted hometown date of the episode.

After three dates in the States, Nick flew to Canada, to meet Vanessa and her family. The special needs educator introduced Nick to her students, who fans fell in love with after seeing their sweet handmade presents for Vanessa. Her parent’s are divorced, so Nick first visited her mother before having dinner with her father. Vanessa’s mother is concerned about the couple living in different countries, and her dad took a while to come around.

At the end of the hometown dates, the group traveled to New York City, where it was evident that the final four and Nick were jittery. We get why the girls would be nervous, but Nick still continues to play an emotional tug-of-war with himself. But then came the jaw-dropping cliffhanger! After a knock at Nick’s door, the first woman to dump Nick Viall on reality TV, Andi Dorfman is standing in front of Nick’s room.

Tonight On The Bachelor

Tonight’s episode will continue from last week’s cliffhanger with Andi Dorfman. The teaser for week 9 shows Nick getting teary eyed during his conversation with Andi. She is not only the first woman who broke Nick’s heart on national television, but also the woman whom Nick outed as having sex with him in the Fantasy Suite, thus breaking the room’s cardinal rule.

As Andi meets Nick (this time not as a suitor, but as The Bachelor), Nick’s insecurities come to light. “If I’m going to be the first bachelor to be rejected, I’d be devastated,” he admits in the teaser. Any other role Andi plays will be revealed tonight.

The rose ceremony will once again be at the beginning of the show and word has it that the unthinkable happens. Corinne will be going home! Who would’ve thought? The heiress was a frontrunner much to Bachelor contestants’ and Bachelor Nation’s surprise. But it looks like she’s outstayed her welcome on The Bachelor and tonight will see the end of the road for the young heiress.

After Corinne is eliminated, the final three and Nick hop on a plane to Finland. The Bachelor spoilers indicate that the Fantasy Suite is coming up in Finland, and Nick hooks up with one of the women!

He thought he knew who he'd pick for final 3. What will happen now? #TheBachelor pic.twitter.com/wY7oVSyscB