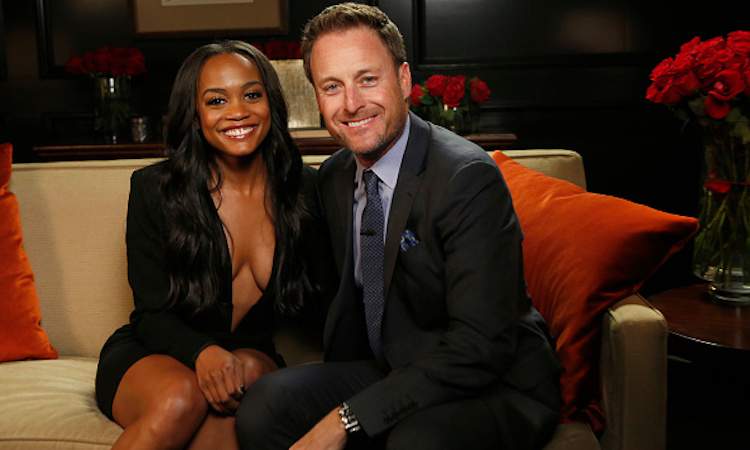 With Rachel Linday’s season of The Bachelorette almost finished, there’s one thing on everyone’s mind: Who is the next Bachelor? Rachel still has three contenders jostling for her affections; Bryan Abasolo, Eric Bigger, and Peter Kraus. It’s hard to say who the fan favorite is, since many are still reeling about the brutal elimination of Dean after the hometown dates. Will one of these final three be The Bachelor 2018? Will the next Bachelor even be from Rachel’s season? Chris Harrison recently revealed some Bachelor spoilers that may have hinted at who is going to be the next Bachelor in 2018—so keep reading to find out more!

If you’re not ready for any Bachelorette or Bachelor 2018 spoilers, we suggest you stop reading here! Chris Harrison opened up about where each contestant is right now in their relationship, and who he thinks might be returning for their own season next year. Before we get into investigating who the next Bachelor will be, let’s take a little time to recap Rachel’s current relationships. Harrison told E! News that she’s in a different stage in each of her relationships with the men, and she could really choose anyone at this point. “Eric needs to catch up a little bit, but I know she loves and adores him,” Harrison told the news outlet. “Peter, is he going to commit? Is he there, because she’s not there for a boyfriend? And then you have Bryan, who seems to do and say the right thing all the time. She’s a lawyer, so she sees right through that and she needs to see is this for real?”

Who is the Next Bachelor?

While there’s speculation around who Rachel will end up with and why, there’s one thing that Harrison was able to confirm: she’s engaged! “She has narrowed it down to a wonderful man, she is happy, she is engaged,” he told E! News. Okay, so we know that Rachel’s found her happy ending—so who’s next to embark on their search for love?

Viewers are still wondering who they’ll be being on screen next year, and it seems like they’ll be kept waiting a little longer. When it comes to who will be the next Bachelor, not even Reality Steve knows! Harrison revealed that he wasn’t too sure about who the next Bachelor would be either, saying: “I can see several of them as the next Bachelor, which is the problem right now. It’s not a set rule that the Bachelor comes out of the show, but that seems to be the tradition and the case because you just have a built-in emotional tie.”

Was that a hint that the next Bachelor will be someone from Bachelor in Paradise? If it is, that opens up a whole new world of possibilities! It’s no secret that fans are rooting for Dean Unglert to be the next Bachelor because, let’s be real—he’s one that definitely deserves a happy ending, and we’d all love to see him get it. But if the new Bachelor could be anyone from the franchise, there are a ton of other contenders. What about newly single Ben Higgins? He recently split from Lauren Bushnell, and might be ready to get back into the game. Then again, he did already have his shot!

Entertainment Tonight asked the burning question to Rachel last week, and her answer was quite surprising. “All my top four would [be great], but I don’t want to see any of them as the next Bachelor!” she said. “Let’s pick someone from JoJo [Fletcher’s] season.” We thought she’d want her jilted suitors to have a second chance at finding their happy ending since she’s found hers, but she explained that she’s “slightly possessive over the men that were on my season.” Hey, at least she’s honest!

Tune into The Bachelorette Monday at 8 p.m. on ABC to see Rachel narrow down her options, and get closer to revealing which of the final men she chose to win her heart!