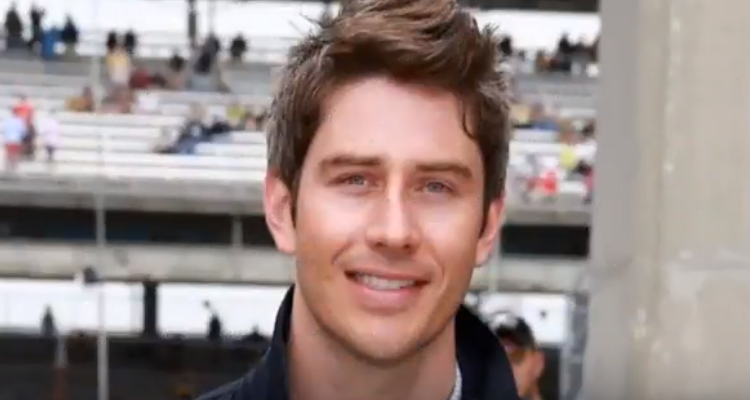 Season 22 of The Bachelor is down to its final four bachelorettes, who are all vying for the love and affection of former Indy race car driver and current real estate agent, Arie Luyendyk Jr. As always, the rumor mill has been abuzz with speculation about who will be triumphantly engaged at the end of the final rose ceremony. But, before we get to that, who will go home on The Bachelor tonight? Be forewarned because this article is full of week 8 spoilers for everyone’s favorite romantic reality show!

The latest chapter in The Bachelor saga continues as Arie Luyendyk’s season is in full swing. Now, there are just four potentially lucky ladies left to compete for his attention and a shot at true love.

Tonight is the night when Arie will visit all of their hometowns and meet their families! Anyone who’s ever been in a serious relationship with someone they’re truly interested in having a future with knows how nerve-wracking all of that pressure can be. Who knows what kinds of crazy things your family will say and do? What happens in this episode could be enough to make or break any one of these prospective relationships. With that said, who will go home on The Bachelor tonight and who will remain in the competition? Keep reading to find out all of the latest week 8 spoilers!

Here’s what we know so far. Tonight’s episode will be full of strange, yet interesting Bachelor revelations that are sure to keep you on the edge of your seat while simultaneously scratching your head in bewilderment.

The Taxidermy Temptress in LA

It all starts off with the offbeat date Arie shares with Kendall in her hometown of Los Angeles. To begin, Kendall is a 27-year-old creative director by trade, who also happens to dabble in taxidermy on the side. She decides that her one-on-one time with Arie is the ideal time to show him this particularly creepy side of her personality. Lucky for her, Arie isn’t completely weirded out by this revelation and they manage to have a seemingly enjoyable and somewhat eccentric date! However, it’s very obvious that Kendall’s family is worried that she’s too closed off and generally not receptive to romantic sensibilities.

He Checks Out Tia’s Weiner

Next, Arie ventures off to a little known town called Weiner, Arkansas to meet Tia’s family for the first time. While her family isn’t exactly outwardly welcoming from the get-go, it becomes increasingly evident that their skepticism about him actually stems from a good place. They care about their daughter and just want to make sure that the person she ends up with has her absolute best interest at heart. Putting aside the familial tension, Tia has a romantic and fitting outing planned for the former Indy 500 race car driver. She takes him dirt track racing in vintage cars in an excellent attempt to show Arie just how much she cares about him.

He Gets Grilled in Minnesota

After that, Arie goes to visit Becca K.’s family in Prior Lake, Minnesota. Following suit with Tia’s parents, Becca’s family is also concerned about Arie’s previous reputation as being a ladies’ man and whether or not he’ll be a good fit for their daughter. They barrage him with a series of invasive questions to try to get more information out of him. Despite all of this awkwardness, though, it seems like Becca still has a very good shot at taking home that final rose! Their date consists of the two potential lovebirds getting to know one another as Becca talks about the death of her family and how her uncle, who happens to be a pastor, stepped in to fill in the void of a father figure in her life.

Things Get Heated in Virginia Beach

Last but not least, Arie goes to Virginia Beach, Virginia, to cozy up to Lauren B.’s family. It seems like the guy just can’t seem to catch a break, though! His reputation of having dated quite a few women since his stint as a contestant on The Bachelorette six years ago is finally catching up with him. Lauren’s family also gives him a hard time about this, questioning his motives for dating their beloved daughter.

The question is, in a show where the premise is for the contestants to prove they’re worthy of love, can Arie prove to these women’s families that he’s worthy of their daughters? At this point, it’s hard to say!

After all the traveling and interrogations Arie endured during the episode, he’s then forced to return to Los Angeles and face these women in what has to be one of the most dramatic rose ceremonies this season. Forced to make a difficult and somewhat impromptu decision, Arie sends one of them home. But who will it be?

There’s been a lot of speculation that at the end of the show, he picks Becca K., but rumors also say that they’ve since broken off their engagement. Now, the crazy parts. The latest rumors say that Arie was spotted (along with some ABC crew vans) outside of Lauren’s home in Virginia. Obviously, he couldn’t have sent home either of them during the taping of this episode, so it had to be either Kendall or Tia! Stay tuned for more 2018 spoilers and catch tonight’s episode of the The Bachelor on ABC!