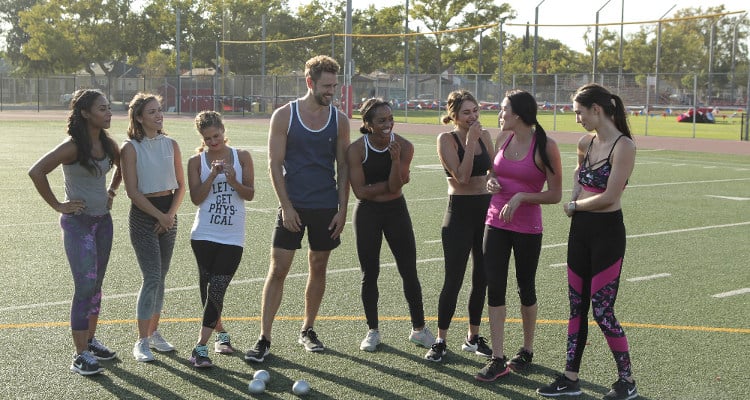 The Bachelor 2017 is getting heated up as more contestants get eliminated, and the remaining women fight it out to win Nick Viall’s heart. Find out all the juicy spoilers for next week’s The Bachelor episode 4 including who goes home, who gets into a heated argument, and who wins The Bachelor!

Nick Viall is definitely having the time of his life. After all, which guy wouldn’t enjoy having 30 beautiful women vying for his attention? The 36-year-old software salesman from Wisconsin continues his search for the perfect bride, as the number of The Bachelor contestants dwindle down to just 17, a long way off from where he began. However, Nick’s path to finding true and everlasting love is fraught with obstacles, as audiences will witness in the next few weeks when The Bachelor season 21 progresses. After last night’s whirlwind episode, which saw the women’s reactions to Nick’s steamy one-night stand with Liz, an enthralling performance by the Backstreet Boys, and four unlucky bachelorettes—Lacey, Hailey, Elizabeth, and Dominique—sent packing. There’s plenty more drama waiting to unfold during The Bachelor‘s next episode, and make sure you don’t miss these exciting The Bachelor spoilers for week 4, including the remaining The Bachelor cast and who wins The Bachelor.

Also Read: Corinne Olympios: What Drama Did She Cause in the Third Episode of “The Bachelor?”

The Bachelor Week 4 Spoilers: Corinne and Taylor Bring out the Claws!

According to Reality Steve, the next episode of The Bachelor is definitely not one to be missed. Apparently, Corinne Olympios and Taylor Nolan have a major showdown during the afterparty. Tensions between the two beautiful ladies had already begun after 23-year-old Taylor Nolan “re-interrupted” Corinne’s one-on-one time with Nick. The frenemies were careful not to create a scene while the cameras were rolling last time, keeping their interaction civil, if not a little icy; but now it looks like things are getting out of hand.

Also Read: Who Got Eliminated on “The Bachelor” Tonight? Week 3 Spoilers

Corinne’s overtly sexual behavior has not gone down well with the girls so far, and some are debating how serious Nick is about finding love. The fact that Corinne still has a nanny and uses her sexuality to impress Nick has some women questioning what she’s really after on The Bachelor. Corinne’s antics so far include: randomly kissing Nick, constantly interrupting the other women’s private dates, taking off her bikini tops, approaching him with whipped cream while in a trench coat, and renting a bouncy castle for her and Nick.

However, if you’re assuming that’s the last we’ve seen of Corinne’s villainous tendencies there’s more to come in the next episode of The Bachelor. In episode 3, the Miami native caught Nick off-guard right before the rose ceremony, wearing nothing but a lacy bra and a trench coat. If that wasn’t all, Corinne sprayed whipped cream over her chest and asked Nick to lick it off! 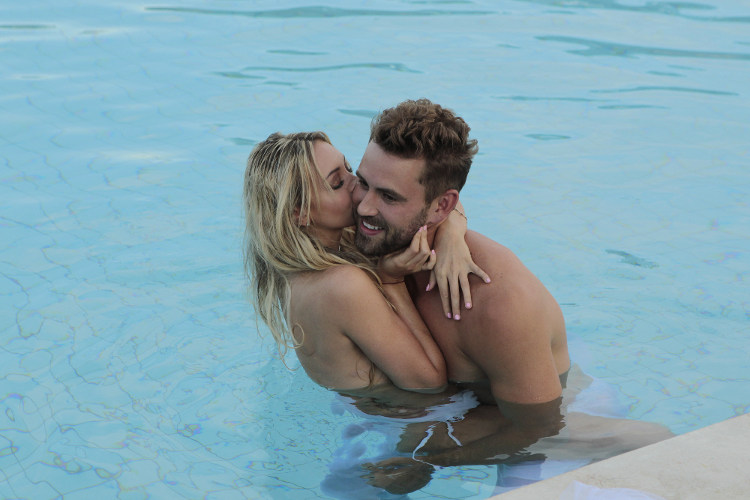 Elsewhere, frontrunners Vanessa and Danielle L. seem to have developed a misunderstanding of their own, as Vanessa accuses the nail salon owner of being “fake.” Vanessa Grimaldi went on a romantic date with Nick which was out of this world. The couple had a zero-gravity experience that went well—except for a slight bout of nausea on Vanessa’s part—and Vanessa received a rose from Nick. Meanwhile, Danielle L. won the group rose date which might have been the trigger for the friction between the two beauties.

In next week’s episode of The Bachelor, 13 of Nick’s suitors head to a farm on a group date: Jaimi, Josephine, Astrid, Danielle M., Vanessa, Rachel, Corinne, Alexis, Sarah, Jasmine, Taylor, Whitney, and Kristina spend the day soaking in some sun and getting a taste of farm life as they compete in cow milking and cheese rolling competitions. The Bachelor‘s next episode also sees the southern belle Raven Gates getting to spend some one-on-one time with Nick during his sister’s soccer game. At 25, Raven’s flourishing boutique business and good looks have already poised her to become one of the final four contestants on The Bachelor season 21. The two then head over to Skateland, where they get to know each other better.

Of course, the real action is saved for the cocktail party where Taylor labels Corinne as “emotionally unintelligent,” and Nick sends two more bachelorettes home, rumored to be Sarah Vendal and Astrid Loch. Reportedly, episode 4 of The Bachelor faced several difficulties during shooting due to Hurricane Matthew last year, because of which the taping took place in South Carolina to Milwaukee, Wisconsin. Making sure to stay in the spotlight at all times, Corinne has definitely caught Nick’s attention with her shenanigans, but in the process, she seems to have alienated the rest of the women who see her as a major threat. Let’s wait and watch to see what new drama unravels in The Bachelor! 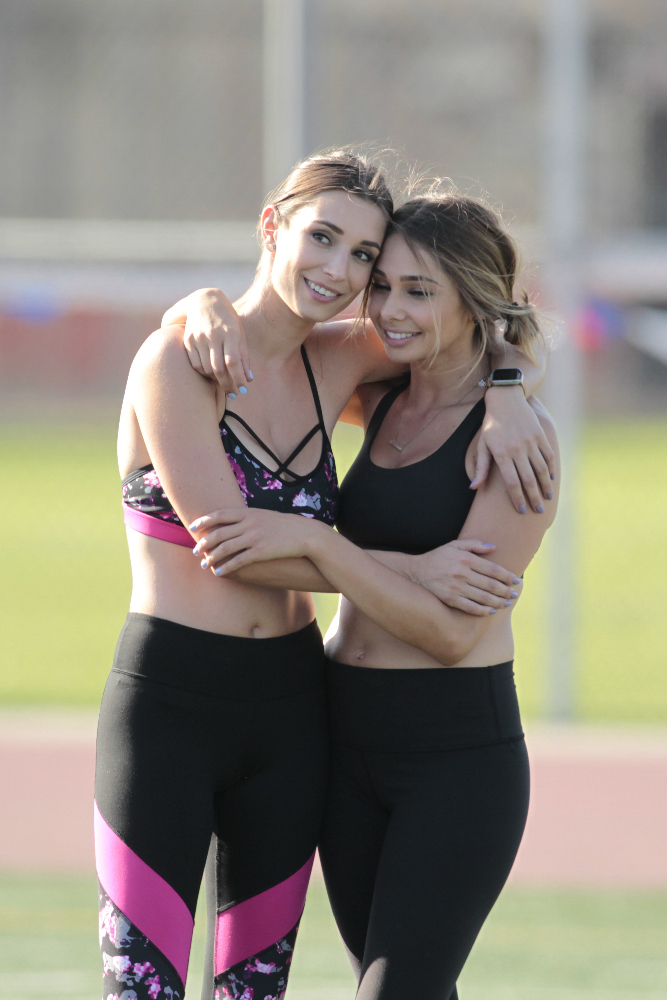