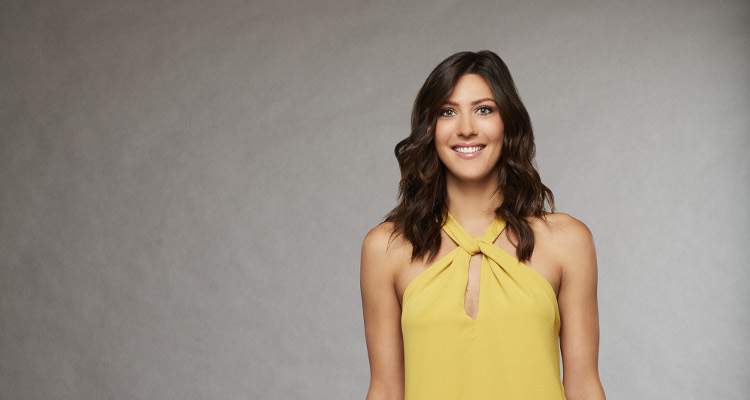 The Bachelor season 22 premiered Monday night (January 1) on ABC. Whose ex-boyfriend showed up trying to win his girl back? Who will walk away with a Neil Lane engagement ring? Reality Steve already made his prediction, so read on if you want some Bachelor 2018 spoilers!

Romance is in the air again! The Bachelor season 22 got off to an electrifying start to see who will win over the handsome Arie Luyendyk Jr. After leaving The Bachelorette season 8 in 2012 as runner-up, he now has a bevy of beauties fighting to become his fiancée. Though we are only one episode in, there is still plenty of drama to talk about —and even more coming our way!

Who Is the Gate Crasher?

Thanks to the promos, we know that one contestants’ ex-boyfriend will head over to The Bachelor to get his girl back. Whose ex-boyfriend showed up on The Bachelor? Though we never saw a face, one clip has a ma’s voice saying “I don’t want to be on this show…I want my girl. I’m here to tell her that I want to marry her.” But who the guy is, and whether or not professing his love on The Bachelor works is yet to be seen. Why does he want to get back together now? Is he scared that Luyendyk might win her over?

He Wants Her Back for Good

Who wore it better? #twinning #ootd inspired by the 90s

Unfortunately, these questions were not answered on the premiere of The Bachelor season 22. Despite many outbursts like this turning out to be fake, it looks like this might be a genuine romantic gesture. At least Reality Steve —who not only predicted the winner but also says that this interruption will be important to the season— thinks so.

I wanted a new LinkedIn headshot so ABC helped me out. I think I nailed that deer in headlights look ?? @bachelorabc #thebachelor

After mentioning Reality Steve, how can we not tell you some juicy The Bachelor spoilers? According to the blogger, Arie will get engaged to Becca Kufrin at the end of The Bachelor season 22. As he has been wrong before, this might end up changing. But the best way to find out who gets the guy is by watching The Bachelor as it airs Monday nights at 8:00 p.m. EST only on ABC.