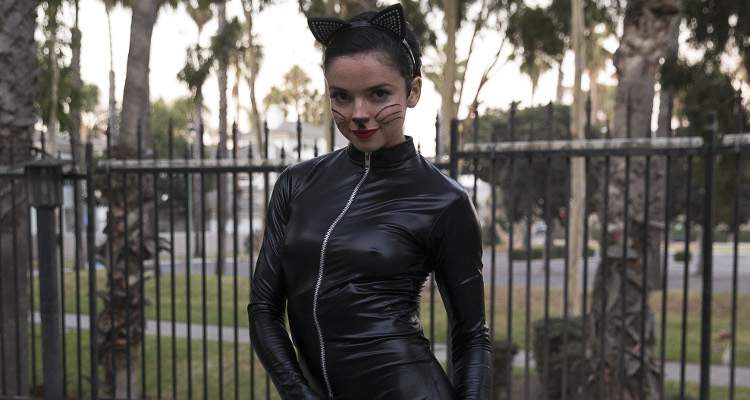 We all know that The Bachelor tends to blow things out of proportion sometimes, especially when when it comes to spoilers. But there really is something really big going on with Bekah Martinez this week and it will shock us all. What is Bekah M. hiding from Arie on The Bachelor? We’ve got the spoilers for you right here.

It’s about time for The Bachelor to tease something overly dramatic to go down and watch as we all salivate at the idea of the upcoming suspense. But half the time, they leave us collectively disappointed at how not dramatic things really are! It’s all about the hype; this week, the show is teasing what they call a “Bekah-ning.” Why? Because Bekah M., the ageless nanny, is the source of this week’s drama! How old is Bekah Martinez, and why is the show going to such great lengths to keep it a secret? We’ve got The Bachelor scoop, right here.

Age is Just a Number, Right?

When ABC released the cast bios for this season’s contestants, there was one lady that stood out because she lacked something. Bekah Martinez, the nanny from California with the enviable pixie cut, is the only contestant whose age has been left out. Throughout the show, unlike the other ladies, the producers have gone out of the way to not mention her age.

But thanks to an Instagram post from two years ago, we know Bekah turned 21 in February 2016. The show requires that all contestants have to be over 21 and a simple calculation would make Bekah M. at least 22 at the time of filming. But why is her age shrouded in mystery?

Before the season premiere, a preview showed the other ladies discuss Bekah’s age rather scandalously. It’s obvious that she’s the youngest of the lot, but some of the ladies question if her age is going to be a deal-breaker.

Chelsea, who‘s already looking like this season’s villain, was heard saying, “I think she is reluctant to tell Arie how old she is.” We really don’t know if she’s talking about Bekah but since the show is trying to make her age such a big deal, it might as well be.

The last time a contestant’s age was considered an issue was in Rachel’s season of The Bachelorette. The 32-year-old attorney was enamored by then 26-year-old Dean Unglert (weren’t we all?), but she didn’t think he was ready for marriage. She ended up picking Bryan Abasolo who, at 37, was the oldest of the bunch.

And this is a competition! Bekah showed that she has quite the chemistry with Arie after she displayed her boldness and surprising wisdom. She’s definitely a threat and the other ladies *cough* Krystal *cough* are going to make her age a matter of contention.

Considering Arie is 36 and the oldest contestant is 33, age is definitely a factor in this show. But Arie explains how. “I think it’s more about the person and if they’re ready for marriage and how mature they are,” he said. “Some women are far beyond their years and some women are very immature in their thirties — I’ve dated younger, older.”

The preview for this week hints that Arie doesn’t know Bekah’s age, and she asks him if he does in a totally playful, flirty way. Of course Krystal has to make it sound criminal. But it doesn’t look like Arie has a problem with the ages of any of his girlfriends in the Bachelor Mansion.

Even Bachelor Nation is cool with Bekah’s age. She’s obviously a consenting adult and gets brownie points just for rocking that haircut. Besides, Arie is looking for someone who’s ready and mature enough for marriage. Maturity is a debatable issue with some of the other women here.

So, why is the show hyping the age issue so much? As Arie puts it, “I know they’re hinting it. I think she has this bold, big personality and you see that in the first episode already. I love her facial expressions. That’s something I didn’t really catch on to until watching it back on Monday. It’s interesting and the viewers are really going to get to know her. I’m interested to see how everyone takes it.”

There could be many reasons why Bekah’s age is not displayed. Perhaps she doesn’t want to broadcast it because the big age gap between her and Arie could become contentious.

Or it could just be ABC drumming up drama as usual by getting everyone to talk about a non-issue. In fact, we should be gearing for some eye-rolling at the end of this hype. At most, Arie might just ask her if she’s ready to get engaged at the end of this.

The real drama is happening with Krystal, whose confidence is giving way to panic and she hijacks Arie—during the rose ceremony! With Krystal in the room, we might not even give a second glance to Bekah’s driver’s license!

We’ll just have to see if Bekah’s going to be age-shamed by Krystal when The Bachelor airs tonight at 8:00 p.m. EST on ABC.