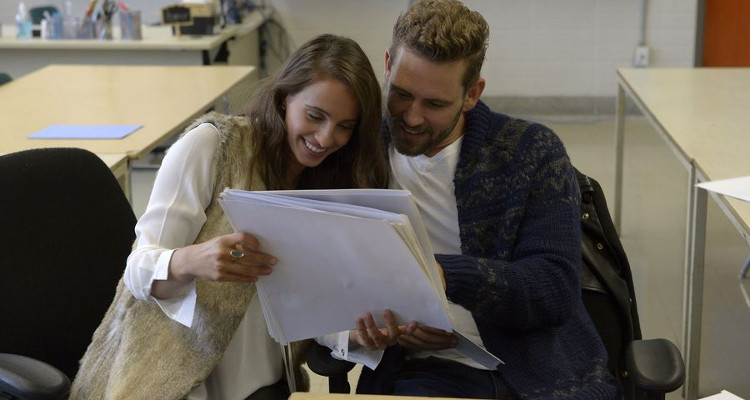 After this week’s emotional Fantasy Suites dates and roller-coaster Women Tell All special, we’re only a week away from the Final Rose. Who does Nick, The Bachelor, end up with? If you want it to remain a surprise until the finale, consider yourself warned, because this piece contains spoilers.

It’s time to see which girl ends up with Nick Viall on The Bachelor. The finale and the much-anticipated After the Final Rose episode will air next week and we already know who Nick’s will pick be. Thanks to Reality Steve, we know that Vanessa Grimaldi wins The Bachelor and Raven Gates is sent home. With Nick and Vanessa getting engaged in the finale, are Nick and Vanessa still together? Will there be wedding bells in their future? Here’s what the future of this reality couple looks like.

Are Nick and Vanessa Still Engaged?

In last night’s (March 6) episode of The Bachelor, we saw the continuation of the overnight dates. After spending time with each of the girls in the Fantasy Suite, Nick sends home Rachel Lindsey, which is okay because she’s the next Bachelorette. Nick now has to choose between Vanessa and Raven to propose to in the Final Rose. As Bachelor Guru, Reality Steve predicts, Vanessa is the ultimate winner.

Though Vanessa and Nick will end up together at the end of this season, we can’t wait to see what their future plans are. Vanessa was a frontrunner for Nick’s heart from the second she stepped out of the limo. Nick even called her a “keeper” for crying out loud! They’ve had some of the cutest moments on their dates. so it shouldn’t be a surprise that the “fourth time’s a charm” Bachelor will pick her.

Since they got engaged, are they ready to walk down the aisle? It may not seem too farfetched. While Nick has been crashing Bachelor-viewing parties with Chris Harrison, Vanessa was spotted in Le Chateau Bridal Store where she posed for a picture with the store’s owner, Holy Wiancko. Looking for the perfect wedding dress, perhaps? Here’s to hoping that Nick and Vanessa have their own wedding special on ABC soon.

Getting the coveted Neil Lane diamond ring doesn’t simply guarantee a wedding. Reality Steve and many in Bachelor Nation have doubts if Nick and Vanessa’s relationship will work out. The reality dating franchise has a dubious history of couples breaking up after the Final Rose. For Nick and Vanessa, the future looks just as bleak.

Vanessa is a special needs educator in Canada and is really loved by her students. Nick is a former software salesman from Wisconsin who’s now living in LA where he’s getting his dancing shoes on for the new season of Dancing with the Stars. Nick seems averse to leaving the spotlight of reality TV and Vanessa is attached to her family and students back in Montreal. So Bachelor Nation is not sure how their long-distance engagement will work out.

During the Hometown Dates, Vanessa’s sister and mother were also concerned about the 29-year-old leaving her life in Canada behind for Nick. “I never imagined living in Canada, and I’ll be honest, that’s not easy for me to picture. I hope that’s not a non-negotiable. Not to sound corny, but I’m really proud to be an American,” Nick told Vanessa in Montreal. She was just as stubborn, responding with, “And I’m very proud to be a Canadian.” So both aren’t open to moving.

The couple is still together, though, as some hawk-eyed Bachelor fans noticed on social media. Both Nick and Vanessa shared Snapchat pics on the same day on the same orange couch. An Instagram post by Vanessa in the middle of a Skype call has fans believing she’s talking to Nick in LA.

You may or may not see me in a more hideous white outfit tonight. Okay, fine, you will. #thebachelor #abc #lovemyrobe

Whether Nick and Vanessa live happily ever after or not will be revealed in less than a week. Don’t miss the The Bachelor season 21 finale on March 13, at 8:00 p.m. EST only ABC.