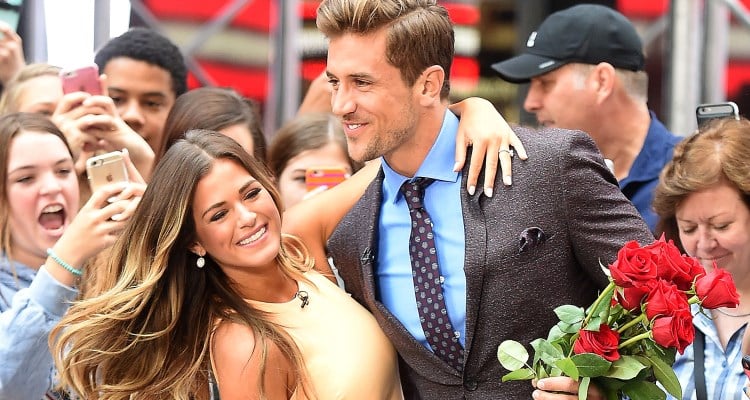 Who is the next Bachelor? After last night’s shocking Bachelorette reveal, the world is dying to know who the next leading man could be! If you want to see the next Bachelor 2017 leading man revealed, then you came to the right place because we have the choices here! Fans of the long-running franchise have been searching for The Bachelor 2017 spoilers in order to get the answers they need. So keep reading, because we have The Bachelor 2017 update that you won’t want to miss.

After the world witnessed JoJo struggle between choosing Robby and Jordan, audiences finally got to see which man got the privilege of putting a ring on it. If you haven’t already seen it, spoiler alert: Jordan was the lucky man to win JoJo’s heart! Fans had the sinking feeling that Jordan was the one JoJo had been waiting for— especially after Robby had already asked JoJo’s parents’ blessing for her hand in marriage. But something was still bothering her and it had fans questioning her commitment to Robby, who had already professed his love for her. Fans quickly learned that JoJo was just waiting around for Jordan to step up and ask her parents for her hand—something he hadn’t done when he met her family, which really bothered her.

Now that JoJo is off the market, everyone wants to know which Bachelorette contestant will find love again and become the next Bachelor for 2017. Luckily for you, we have a list of a few good men that are in the running to have their own show next year.

The 27-year-old former competitive swimmer was the runner up this season and sadly went home last night with a broken heart. Fans saw him express how much he loved JoJo and he even impressed her family. He also showed his fun side (along with his butt) in the hotel, making JoJo laugh. We think he would make a great choice for the next Bachelor, even though social media wasn’t taken with him and all his ex-girlfriend drama.

The 27-year-old medical sales representative was the second runner up for JoJo this season and according to Just Jared, he’s in discussions to be the next Bachelor! Nothing has been confirmed yet but we have feeling things may go in a different direction.

The 31-year-old war veteran has a great back story that makes for great material to become the next Bachelor. And during the Men Tell All special, the veteran told audiences that he was ready to find love again, despite how things turned out on the show. He’s certainly a fan favorite but does he have your vote?

The 28-year-old luxury real estate agent has been a controversial character from day one and continues to be the center of bad press. After death threats and hostile situations, Chad was nearly removed from The Bachelorette by security, but was ultimately sent home by JoJo. Yet, for some reason, the producers keep calling him back to make appearances for anything related to the show. If you thought you were finally rid of him, then we’ve got bad news for you: he’s going to be on tonight’s Bachelor in Paradise! But after a physical altercation with former Bachelorette contestant, Evan, it seems he will be making an early exit, yet again. It’s unlikely he will get his own show, but we wouldn’t be surprised if producers called him back. Fans love a bad boy!

So, which of these runner ups has your vote to be the next Bachelor for 2017? Tell us in the comments below!