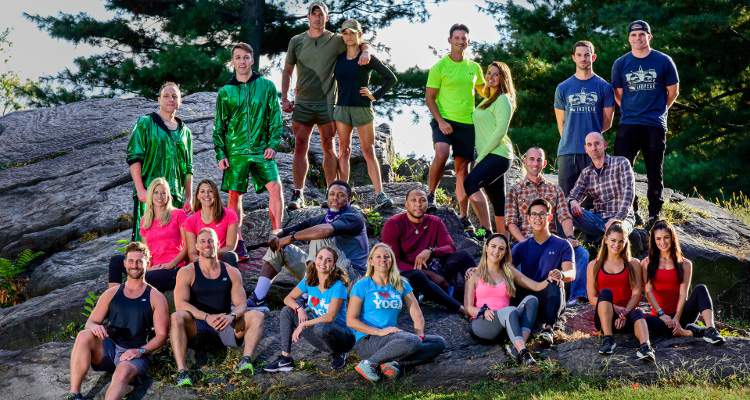 Season 30 of The Amazing Race premiered in January 2018, and we’re already obsessed! Fans have already picked their favorite team to win, but who will actually win The Amazing Race in 2018? We have the scoop on the new season for you, so if spoilers aren’t your thing, then stop reading now!

The Amazing Race has taken us to some of the most beautiful places in the world! Starting off in Washington Square Park in New York, teams have traveled to Iceland, Belgium, Morocco, France, and other countries in their quest for the prize.

Last night, we watched the teams compete in Harare, Zimbabwe. The winners received a trip for two to Saint Lucia.

For those of you who are new to the show, here’s how it works. The teams travel to specific places, and while there, each team has to complete certain tasks. The first team to complete the tasks win, while the team to come in last gets eliminated.

#AmazingRace kicks off the New Year with the most competitive teams yet! @NBA All Stars, @IndyCar Drivers, @cbs_bigbrother houseguests & more!!

There are a few familiar faces on this year’s show, like Cody and Jess from Team Big Brother. Fans may remember the couple who fell in love on the last season of Big Brother.

Others on the show include firefighter twins Eric and Daniel, management consultants Henry and Evan, models Dessie and Kayla, and others.

Dessie and Kayla were the first to be eliminated on the show.

Who Got Eliminated in Zimbabwe?

In last night’s episode, the six remaining teams began their journey in Harare, Zimbabwe. They are given a task to memorize a song and perform the song in front of an audience while not messing up their pronunciations!

Emotions were running high as teams competed for a place in the top five. But in a surprising twist, host Phil Keoghan announced that the teams would be swapping partners! How crazy is that?

Phil throws a BIG twist at the teams! For the first time ever, racers swap teammates for an entire leg! Special 2-hour episode tonight 9/8c!

There was also the crazy business of U-turns! Lucas and Brittany U-turned Cody and Jessica. Meanwhile, Alex and Conor U-turned Henry and Evan. Then, there was also a detour!

At the end of the challenge, newly engaged lifeguards Lucas and Brittany made it first to the Pit Stop. They won the challenge and also bagged a trip for two to Saint Lucia!

Who Will Win The Amazing Race?

Five teams remain as they head to the next stop in Bahrain. But now that we’re inching closer to the February 21 finale, which team will be crowned the winner? We have a few guesses!

Team Big Brother has garnered a fan following due to their reality show appearance on Big Brother and continue to be the favorites to win.

But professional skiers, Kristy and Jen look like top contenders with strong performances in every leg. And don’t write off Henry and Evan just yet!

Social media was bursting with The Amazing Race season 30 spoilers even before the new season began! There were rumors that one of the top teams in the finale included Cody and Jessica.

So far, it looks like Cody and Jessica are making progress to the finale, so there may be some truth to those rumors. As for the winning team, we will just have to keep watching The Amazing Race to find out!

Season 30 of The Amazing Race airs Wednesday nights on CBS.