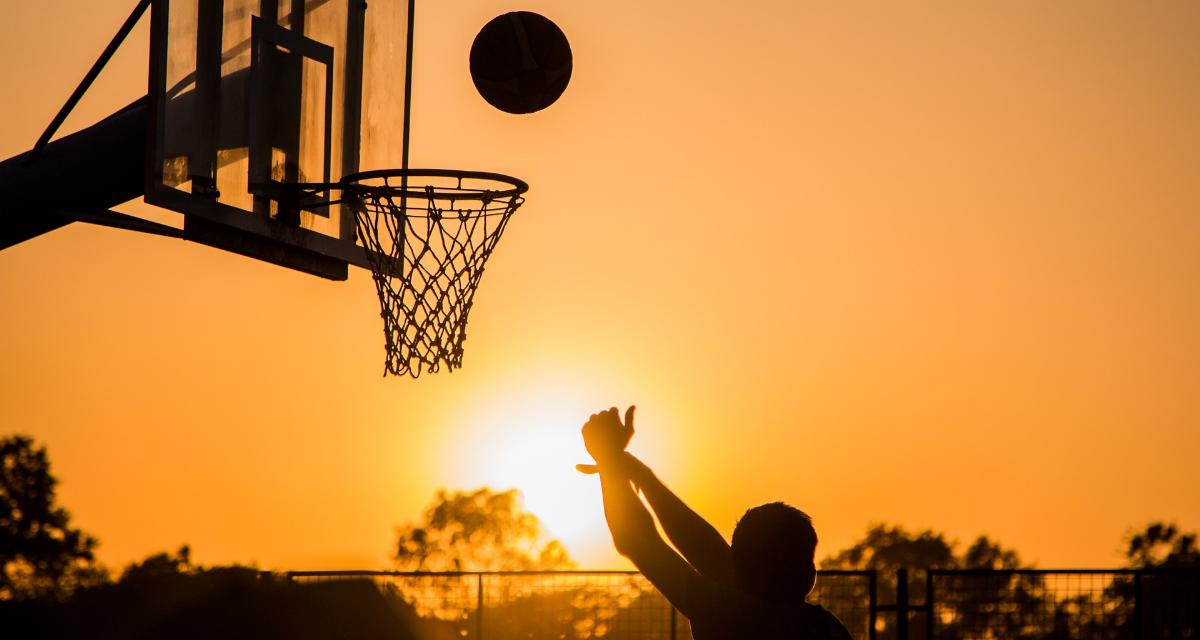 Basketball isn’t just one of America’s top sports—it’s a way of life. The money, the girls, the parties, and the fame can turn an ordinary man into a superstar. Over the years, we’ve seen some dynamic players come and go, but there’s a selected class that have made a splash both on and off the court.

This rank of men may go down as the greatest players with stats that’ll secure their place in basketball history, but it’s their lifestyle and personality off the court that will really leave people talking. It’s one thing to know how to ball, but these guys have the swagger and impulse (maybe sometimes too much) to really be an all-round player. Let me introduce to you the class I call, “Ball Till You Drop.”

Lou Williams, shooting guard for the Toronto Raptors, may be one of the younger players in this elite class of men (he’s 28), but don’t let his age fool you—Lou Williams is as dangerous as they come when you put the rock in his hand. Known for his killer three-point shot and calm demeanor on the court, Lou doesn’t come across as much of a ladies’ man, but he’s quite the wild child off the court. Would you believe that this man has not one, but two girlfriends? The even more shocking part is that they both know all about each other and are completely on board with the idea of sharing him—the threesome even hangs out together. Ashley Henderson and Rece Mitchell, or “Blonde” and “Brown” as he calls them, are the two women that Lou Williams is hooking up with—at the same time, if he’s lucky. At least we now know where all that energy on the court comes from; he’s getting it in on the regular!

He is the most dynamic player on this list—maybe even of all time. At just over seven feet, Wilt Chamberlain had a legendary career, scoring 31,419 points and is most remembered for the only 100-point game ever recorded in NBA game history. He holds many other records; too many to cover here. That’s not why he’s made this list though. Before he died, Chamberlain wrote a tell-all book in which he claimed that he had slept with 20,000 women—that number is absolutely insane. I’m actually impressed that with all the seasons he played and with all the practices, this man managed to essentially have a different girl every single day and still put up numbers. One can only imagine how many women he slept with the night he got 100 points. According to some of his close friends, threesomes were his thing.

Allen Iverson was always told he was too small to play the game and would never make it. Here we are now talking about this star—known for his deadly crosses and quick shot release, Iverson was in the NBA spotlight for years. Unfortunately, his off-the-court lifestyle is what faded the future Hall-of-Famer. He loved to party, he loved to drink, and he loved to gamble, but those antics are what left the NBA superstar divorced and broke. It’s been said that Iverson earned over $200 million throughout his career, but after the gambling, the partying, and his messy divorce, Iverson has been left with virtually nothing.

In my opinion, Shaquille O’Neal is probably the most interesting (and hilarious) player on this list. A joker on and off the court, Shaq has made many appearances on talk shows, doing dances, has even tried standup comedy a few times. One of his most memorable incidents was when he and Kobe Bryant had a falling out while playing together for the L.A. Lakers, Shaq publicly did a freestyle rap taunting Kobe Bryant and got the audience to chant, “Kobe, tell me how my ass tastes.” His relationship with his wife wasn’t much better—she left him after he admitted to cheating with several women.

Michael Jordan has been dubbed one of the best basketball players of all time, and rightfully so—the guy’s game was great, if not the best. His six championship rings and two Olympic gold medals are proof of that. What you may not know though is that Michael Jordan was quite the gambler. He did an interview with Ed Bradley on 60 Minutes and admitted that there were times when he should have walked away, but decided not to. He also went on to say that there were times that he jeopardized himself and his family because of his gambling.

The one they call “The Bearded Beast,” 25-year-old James Harden is another young gun to make this list. Winning the Sixth Man of the Year award while he was playing for the Oklahoma City Thunder, Harden began rising the ranks as one of the most dominant players in the NBA. But off the court, Harden knows how to throw one hell of a party, and it usually involves a bevy of hot women. He hosted a massive birthday party on his yacht that was by far the hottest party of the summer. The pictures clearly show that this man can make it rain on the court and off it.