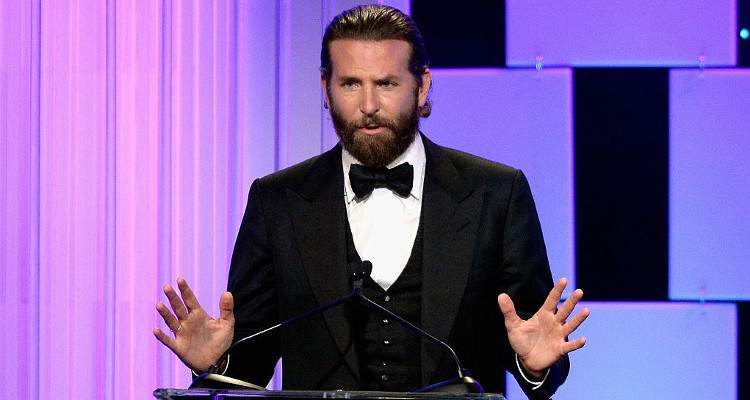 It’s hard to believe that it’s been seven years since Bradley Cooper grabbed overnight Hollywood stardom with 2009’s blockbuster comedy The Hangover. The handsome blue-eyed actor became an instant heartthrob with his smooth dialogue delivery and appealing expressions while acting in any movie.

After making his movie debut with the 2001 summer camp comedy Wet Hot American Summer, Bradley Cooper has now done over 30 movies, most of which have received great reviews and earned blockbuster-worthy revenues. All of Bradley Cooper’s movies have so far grossed over $2 billion combined and will keep adding millions, as the 41-year-old actor is likely to land even more blockbusters over the next five years. But in the meantime, here’s a look back at some of Bradley Cooper’s best movies to date.

This movie likely will not leave the top spot of the “Best Bradley Cooper Movie” list anytime soon, especially since The Hangover is the official breakthrough movie for Cooper. The Hangover is a comedy-in-chaos type of movie about four guys who head to Las Vegas to throw one of their buddies a bachelor party. The guys apparently could not handle Las Vegas and end up waking up the next day with a bad hangover and a soon-to-be groom who’s gone missing. Bradley Cooper plays Phil, a close friend of the groom’s, who takes control of the chaos, leading the guys through Las Vegas to find the groom before heading back home for the wedding.

Bradley Cooper produced this autobiographical war drama in 2014 and even played the lead character Chris Kyle, who was the deadliest sniper in U.S. military history with a record of 160 confirmed kills during the war in Iraq. Cooper received an Oscar nomination as a producer in the Best Picture category at the 87th Annual Academy Awards in 2015. (He unfortunately lost to Birdman.) The film made over $500 million in worldwide box office collections and is one of the highest grossing R-rated movies of all time. The movie’s plot rushes the audience with the real-life experience of a highly intense war.

The 2011 thriller shows Bradley Cooper as a struggling writer, Edward Morra, who gets introduced to a psychotropic drug called NZT-48, which enhances brain functions and, as a result, turns into the smartest person in the world with an endless supply of energy. Limitless is one of the best Bradley Cooper movies because it’s packed with tons of adrenaline rushes and suspense. The movie brings forth a common dilemma of wanting a simple solution, like a quick and easy “super pill” that can solve all your problems in life, all while helping you make millions of dollars in the process. The movie has since been adapted into a TV show, with Bradley Cooper reprising his role for a series of guest appearances.

This 2010 action comedy is a movie adaptation of the television series from the ‘80s of the same name. The A-Team revolves around four U.S. military officers, known for being the best at what they do, getting set up in the alleged murder of their General while undertaking an operation. The movie shows how these wrongfully convicted officers band together to prove their innocence by taking down corrupt defense departments and catching the real guy behind their conviction. Bradley Cooper plays the flirtatiously charming Lieutenant Templeton “Face” Peck, who brings a lot of humor while performing his classified operations. The film also starred Liam Neeson, Quinton Jackson, Patrick Wilson, and Jessica Biel.

This 2013 black comedy crime feature is about a group of con artists who are forced by an FBI agent, played by Bradley Cooper, to set up a sting to arrest corrupt politicians, including the New Jersey mayor. Set in the early 1980s, the movie shows everyone in their retro attire and hairstyles, including Cooper’s character, a divorced detective who falls for the female con, thereby implicating the whole sting operation. The movie, directed by David O. Russell, received a Golden Globe Award for Best Picture – Musical or Comedy in 2014, as well as 10 Academy Awards nominations, including Best Supporting Actor for Bradley Cooper.

In this 2012 romance comedy, Bradley Cooper played Pat Solitano, a bipolar patient who goes to live with his parents (played by Robert De Niro and Jacki Weaver) after being released from a psychiatric hospital. Cooper’s character comes across Tiffany, who’s a widow and has got her own problems. Bradley Cooper shares great on-screen chemistry with actress Jennifer Lawrence, who plays Tiffany in this movie. Their chemistry was so good that the acting duo went on to star opposite each other in three more blockbusters: American Hustle (2013), Serena (2014), and Joy (2015).