Does Donald Trump incite violence in his supporters? That’s what his political opponents would have you believe, and unfortunately, they could amass quite a bit of evidence. As part of his entry in the presidential race, Trump has held numerous rallies that, while designed for promotion and discourse, have also managed to summon racists, protesters, and people simply looking for a fight. Here are the 10 wildest things that have happened at a Trump rally.

Continuing the history of racist behavior at Trump rallies, a video shows a black protester in Las Vegas in December being escorted off the premises to comments like “Sieg Heil,” “white lives matter,” and “light the motherf***er on fire.” Reporters covering the rally said they’d never seen anything like it. 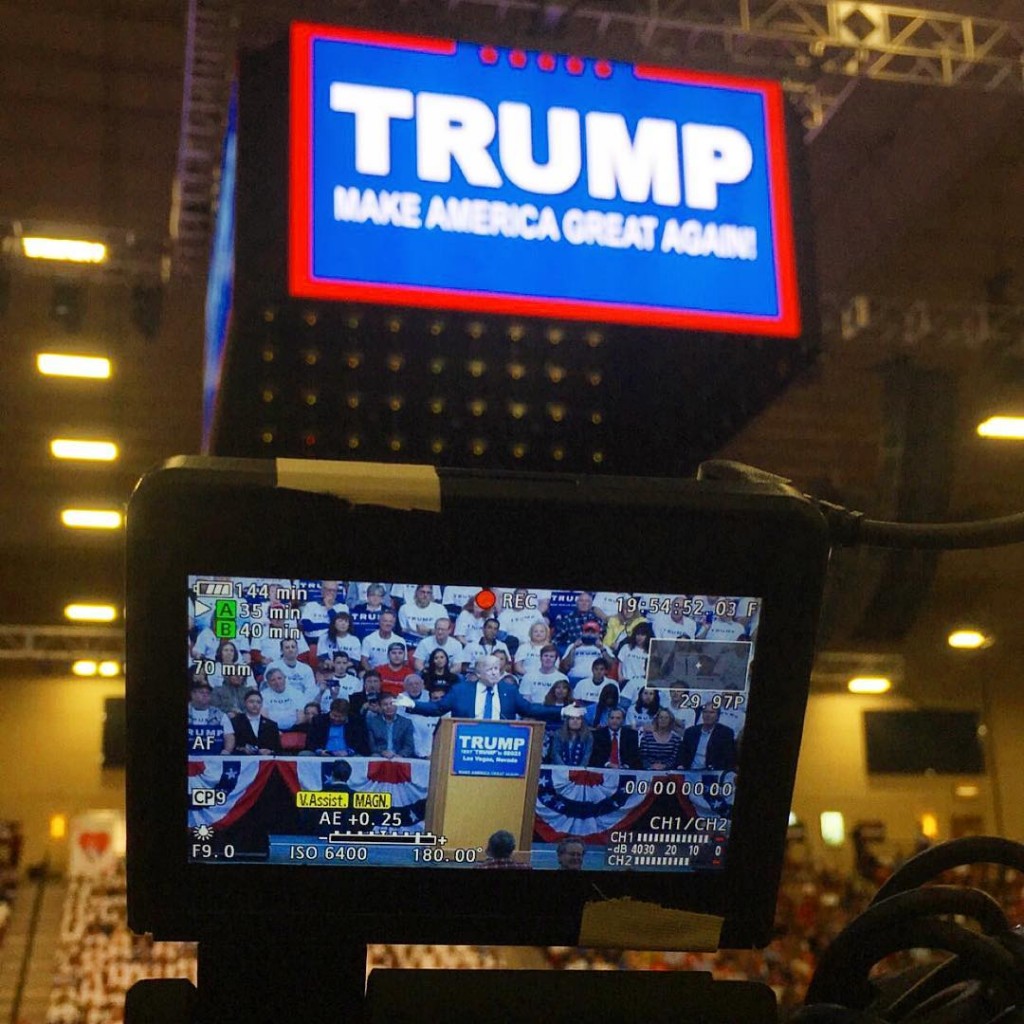 During a rally in early to mid-March in Fayetteville, North Carolina, a man was escorted out by authorities to the boos of the audience, only to be suddenly punched by another man on the way out, which got cheers. What’s worse is that officers then detained the first man, who was black, and not the white man who attacked him!

An early March event in Kentucky saw a young black woman being shoved by white Trump supporters. She later claimed she was kicked out, but only after being called certain slurs so cruel that we refuse to publish them on this site, even censored. At least one of the assailants, a member of the Marine Corps Delayed Entry Program, was identified and discharged for his behavior.

One Donald Trump event never even happened after a mid-March rally was canceled due to security worries after supporters and protesters clashed both inside and outside the building. Staff couldn’t determine who was a protester and who actually liked Trump when it came to letting people in, so they decided it simply wasn’t worth the risk.

A March rally (what is it with March?) in Arizona saw three people arrested for blocking the road and one person crabbed by the collar by Trump’s campaign manager, Corey Lewandowski. The only response from Trump’s camp regarding a video of the incident was an email that said, “Mr. Trump does not condone violence at his rallies” and Trump claiming that they “have very little violence, very, very little violence at the rallies.”

While supporters of Donald Trump are known for poor behavior, protesters are often not much better. A rally in New Orleans was practically overtaken by those against Trump becoming president, with many resisting being removed from the premises, including laying on the group so security would have a harder time dragging them out.

A February 29 rally at Valdosta State University in Georgia began with 30 students being removed from the stands before Trump even appeared; this occurrence was recorded and posted online. A campaign spokesperson denied that the Secret Service agents watching over the rally were asked to remove them, though one student noted one possible reason the 30 students had to leave: they were all black.

VSU TRUMP RALLY #BlackLivesMatter And this is the school we attend… pic.twitter.com/sWfX4RksFd

A black protester who kept chanting “black lives matter” and refused to leave was physically roughed up by attendees at a Birmingham, Alabama, rally in November. He was pushed, punched, and even kicked while on the ground. And just to make things worse, Donald Trump himself said that “maybe [the protester] should have been roughed up” due to his behavior.

VIOLENCE at TRUMP rally!!!! In Birmingham, Alabama a Peaceful BLACK LIVES MATTER activist is taken to the ground by an angry mob of Trump supporters… he is beat, kicked & spit on while the crowd IRONICALLY yells “all lives matter!” You can also hear a woman pleading “don’t choke him” along with Trump swearing for him to be removed instead of begging for them to stop like a REAL politician should… His hands were up the entire time and he remained peaceful after being escorted out by security that finally had reached him… If you support Trump… you support racism.. #prayersforsyria#policebrutality#prayersforparis#paris#goverment#governmentcorruption#corruption#plur#weareanonymous#trump#dumptrump#anonymous#guncontrol#freedom#jeremyhammond#newworldorder#thirdeye#thirdeyeopen#anonymiss#federalreserve#plur#peace#guncontrol#love#unity#illuminati#endnwo#usa#america#blacklivesmatter#alllivesmatter#godfirst

An earlier rally in October featured a pro-immigration protester being kicked and dragged along the ground while the crowd chanted “U.S.A.” In contrast to what he would say a month later, Trump noted during his presentation to “get [protesters] out, but don’t hurt ‘em.”

The most recent incident was on April 23 in Bridgeport, Connecticut, when a protester was removed from a Trump rally via a chokehold from a police officer. The funny part? He had already been removed from the event; the chokehold was because he tried to rush back in.