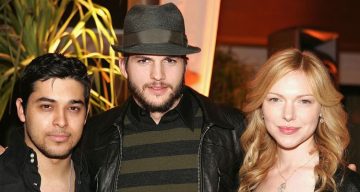 That ‘70s Show Cast: Where Are They Now?

Prior to being cast as the lovable and nerdy boy-next-door Eric Forman, Topher Grace had almost no experience as a professional actor. Aside from appearing in a few small town high school plays, he had no real acting credits to his name. It was one of those performances that prompted Fox producers to cast him as Eric Forman. Grace left part-way through his breakout stint on That ’70s Show to pursue other acting opportunities and he’s certainly experienced some success as a result, even though he would reprise his role for a few episodes in the final season. In 2007, he brought the character of Eddie Brock/Venom (one of Spiderman’s most well known arch enemies) to life on the big screen in Spider-Man 3. The film itself was a commercial success, but a critical flop. Despite this one minor setback, Grace has actually built a pretty strong acting career for himself, appearing in major blockbuster hits like Interstellar (2014) and the upcoming War Machine (2017), alongside Brad Pitt.

Considering the character of Donna Pinciotti was a series favourite on That 70s Show, it’s no wonder that Laura Prepon was one of the few cast members to appear in every single episode of the show, which ran for a whopping 200 episodes! As you can imagine, for a few years after the show’s end, it was hard for Prepon to land a decent and lasting role, due to typecasting. Although, she had a few brief s stints on other commercially successful sitcoms such as How I Met Your Mother, she also played the infamous Canadian serial killer Karla Homolka, alongside Mischa Collins in the made-for-TV movie, Karla (2006). She’s now an accomplished actor, producer, director, and author. One of her other most notable roles is that of Alex Vause in the highly acclaimed Netflix original series, Orange is the New Black (2013-present).

We all know Ashton Kutcher as the lovable and handsome (but extremely dim-witted) Michael Kelso. For nearly eight seasons, he played that character very believably…to the point that in 2003, he was typecast as another lovable idiot alongside Seann William Scott in the comedy, Dude Where’s My Car?. It’s hard to believe that Ashton Kutcher is nothing like his former character, Kelso, in real life. He’s actually garnered quite a bit of commercial success for himself since his days on That ‘70s Show, and given his good looks, it’s not surprising that he actually started out as a model. He received a lot of flack for his relationship with Demi Moore, who was 16 years his senior, and the marriage eventually ended in divorce. Nowadays, Kutcher is a successful actor and philanthropist. He even created, produced, and starred in his own MTV show called Punk’d, which ended in 2007. He also replaced Charlie Sheen on the CBS hit series, Two and a Half Men for the last 3 seasons of the show. You can currently see Kutcher alongside his That ‘70s Show costar, Danny Masterson on the Netflix original series that they both star in called The Ranch.

Fans of That ‘70s Show will be happy to know that Kutcher married his That ‘70s Show costar and onscreen sweetheart, Mila Kunis in a private ceremony on July 4th, 2015. They now have one daughter together!

Did you know that Mila Kunis was actually the youngest That ‘70s Show cast member and she had to lie to the producers about her age so that she could audition for the show? She was only 14 at the time, and by law, the producers would only be able to hire her if she was at least 18. So, she told them she was just shy of turning 18. That explains why all of the other actors look so much older than her and Jackie’s the only one who actually looks like a teenager! Mila is also one of the most successful actors from the show. The Ukrainian beauty has been the voice of Meg Griffin on Family Guy since 1999 and she’s got a string of hit movies under her belt, including Forgetting Sarah Marshall (2008), The Book of Eli (2010), Friends with Benefits (2011), and Ted (2012). One of her biggest and most critically acclaimed roles to date is probably in Black Swan (2010), opposite Natalie Portman. In 2017, she’ll be reprising her role from the comedy Bad Moms (2016) in the sequel, A Bad Moms Christmas. As mentioned, she’s currently married to Ashton Kutcher and they have a daughter named Wyatt Isabelle Kutcher.

On That ‘70s Show, Valderrama played Fez, the ethnically ambiguous, self-proclaimed ladies’ man. In real life, he actually is a ladies’ man, as he’s been linked to Ashley Simpson, Jennifer Love Hewitt, Majandra Delfino, and Demi Lovato. From 2006-2007, Valderrama hosted the MTV show, Yo Mama and he was the voice of the title character on Handy Manny for six seasons from 2006 to 2012. He’s also had recurring roles on TV shows like NCIS, Grey’s Anatomy, and The Ranch.

Going LIVE on @accesshollywood this morning! I'll be talking about our new show The Hollywood Puppet S#!%t Show! #AHLive #puppetshitshow

Even before he was cast as the snarky and stereotypically rebellious teenage stoner Steven Hyde on That 70s Show, Danny Masterson was already making a name for himself in the entertainment industry with a starring role on Cybill (1995-1998), as well as several smaller movie roles. When the opportunity came along to audition for That ‘70s Show, he jumped at the chance to play Hyde, even though he had to twist the producers’ arms at first because they thought he was too old to believably portray a teenager. He ended up being one of the few actors to appear in all eight seasons of the show consistently, so everything worked out in the end. Over the years, Masterson has continued working as an actor and has even appeared in several TV spots alongside Ashton Kutcher and Wilmer Valderrama. For a while, he worked as a well known DJ and he even owned his own restaurant. Currently, Masterson stars alongside Kutcher on the acclaimed Netflix comedy, The Ranch.