Netflix’s Say I Do combines the magic of Say Yes to the Dress and the fabulosity of Queer Eye into one super show we didn’t know we needed. And making up the fab team of dream weddings are decorator Jeremiah Brent, chef Gabriele Bertaccini, and designer Thai Nguyen. Hollywood’s new favorite couturier is going to dress up couples so they can look back on the memories of their special day and feel like a million bucks. It’s not Nguyen’s first stint on television, so you might find him familiar. Those of you who haven’t been introduced to this spectacular designer yet can catch up with our Thai Nguyen wiki.

Thai Nguyen, who celebrates his birthday on December 4, was born and raised in Southern Vietnam. Back in his home country, his parents ran a private sewing school. That’s where Nguyen learned his craft.

Nguyen began his sewing training when he was nine; not long after, he knew he wanted to make a career out of it. However, when a teenage Nguyen came to the U.S. with his mother and father in 1993, his parents hoped he’d go for a career that wasn’t as cutthroat as the fashion industry.

Undeterred, Thai Nguyen continued to pursue fashion. He made his debut as a designer through his high school’s prom dress fashion show. He went on to graduate from the Fashion Institute of Design and Merchandising (FIDM) in 2002, and then gained visibility through reality television.

Later in his career, Nguyen began working in the Vietnamese entertainment industry, which helped him rediscover his roots and influenced his Eastern fusion designs.

“I came here as a young kid from Vietnam,” Nguyen said. “I forgot. If I didn’t get to do all those shows to learn about the Vietnamese culture, I wouldn’t know half the things I know about Vietnam that I know today.”

A freshly graduated Thai Nguyen was at a party wearing jeans of his own creation when he caught the eye of a BCBG designer. After being offered an interview, he got a job as associate designer at BCBG Maz Azria within a week. He worked there for two years, developing his skills in the industry.

But his big break came with Bravo’s Launch My Line in 2009-2010. The show paired a celebrity with a designer to launch a clothing line.

Nguyen was recommended to the show by choreographer Kristin Denehy. He collaborated with fashion critic Merle Ginsberg to launch their convertible wear line. Though their convertible evening gowns were a hit, they finished as runners up in the contest.

Ginsberg went on to judge RuPaul’s Drag Race for the first two seasons. Perhaps that’s how Nguyen came to serve as an occasional designer and contributor for the queens on the show. Nguyen also created designs that featured on The Real Housewives of Beverly Hills. 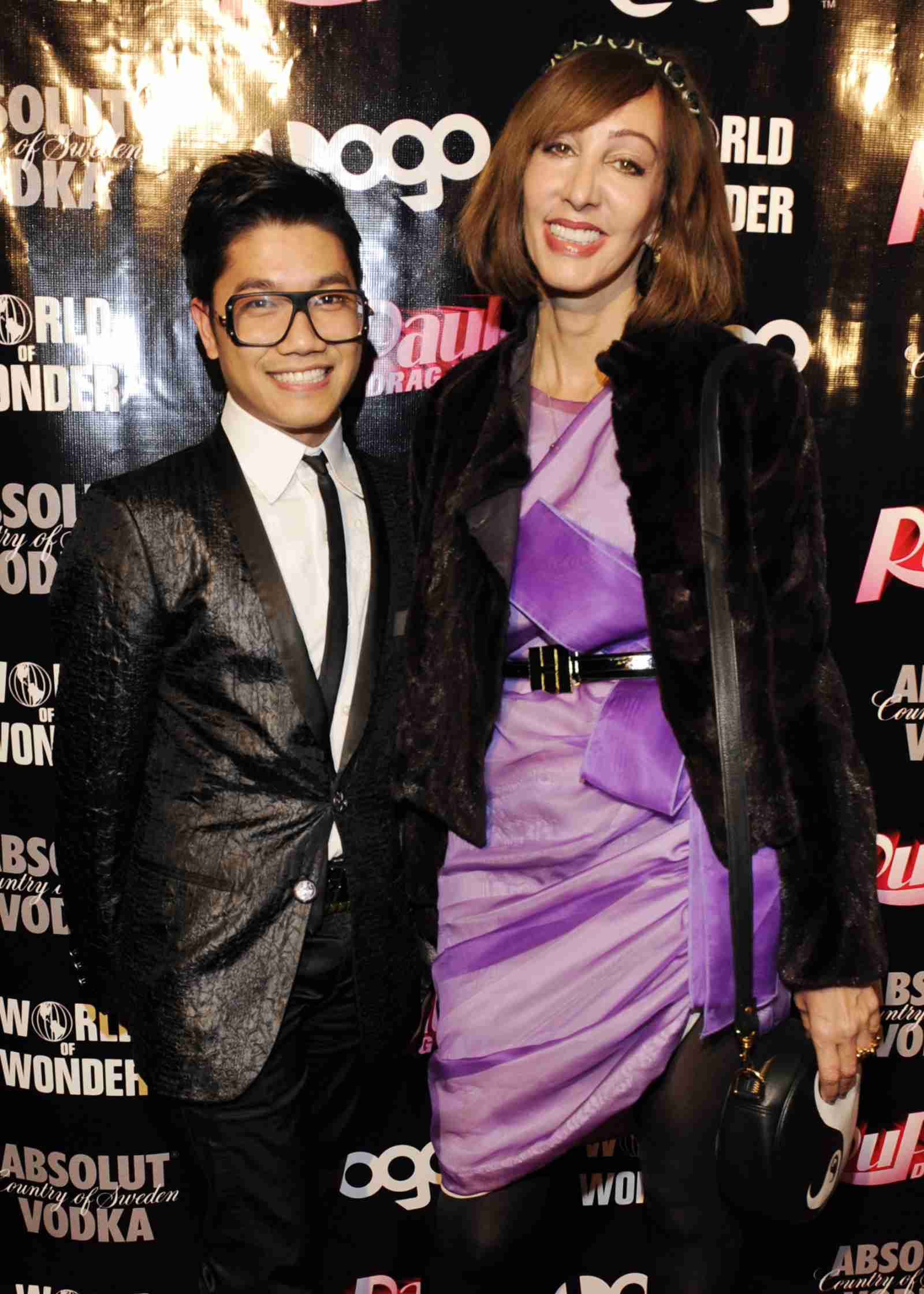 Nguyen Launched His Eponymous Label in 2008

Thai Nguyen’s rising popularity led to him launching his own fashion label, which Hollywood now loves. Together with his business partner, Helen Nguyen, he opened the flagship store and showroom of Thai Nguyen Couture in 2008 at Westminster, California.

Thai Nguyen’s label boasts bridal gowns, evening gowns, cocktail dresses, and a luxury ready-to-wear line with an Eastern flair. What put him on the map, though, are his versions of traditional Vietnamese gowns, called ao dai.

With his creations showcased on Bravo shows, Nguyen became the designer of choice not only for celebrities, but also for Vietnamese entertainment productions like Asia Entertainment, Van Son Entertainment, and Thuy Nga. His designs have featured in Vogue Italia, Audrey, and Zooey.

His sheer, black lace ensemble worn by Jennifer Lopez on American Idol was one of his most eye-catching creations. Other celebrities like Cindy Crawford, Kristen Bell, Leona Lewis, Laverne Cox, Kate Beckinsale, Samira Wiley, LaLa Anthony, and Katy Perry have worn Thai Nguyen Atelier designs at red carpet events and award nights, such as the Oscars, Grammys, and Met Gala.

Nguyen Is in a Relationship

The designer has been in a longtime relationship with one Kevin Do. Do, a native of Newport Beach, California, is also of Vietnamese heritage.

Information on Kevin Do is scarce. But the pair’s social media posts show they are one cute globetrotting couple. As a supportive partner, Do often promotes T’Aime World.