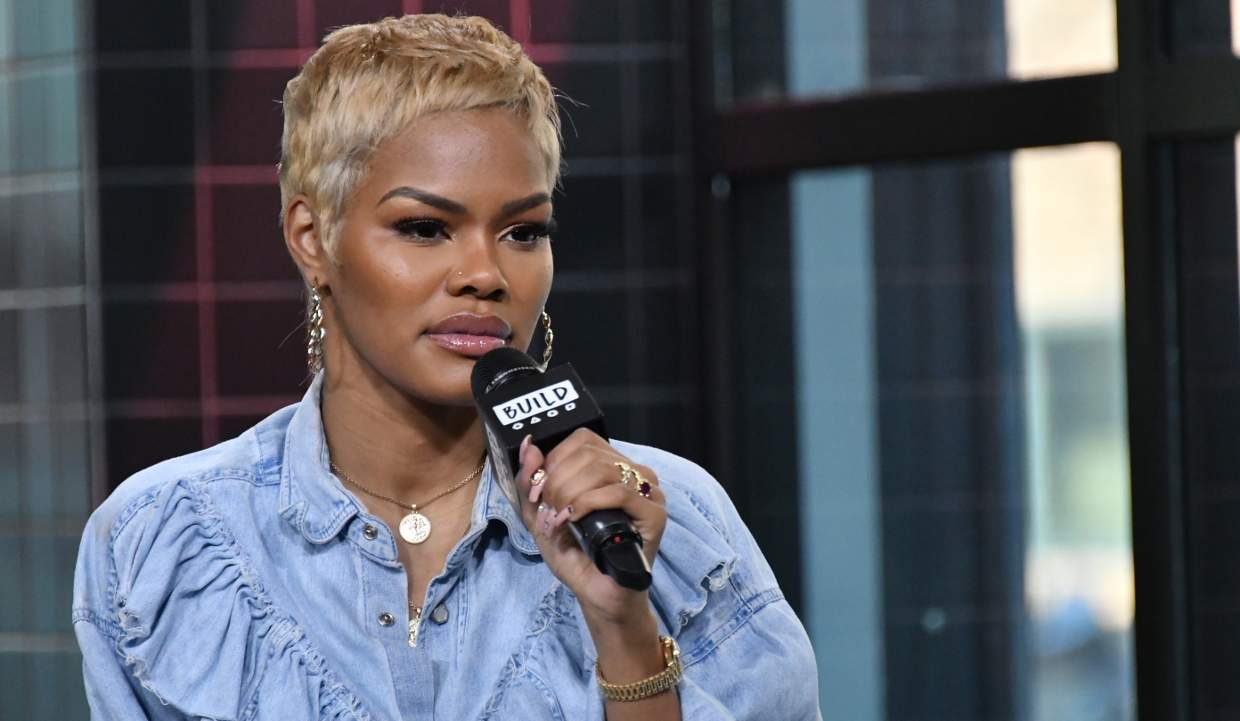 Teyana Taylor’s baby actually arrived last year in a dramatic fashion. Taylor went into labor and there was no time for her to get to the hospital. So, the baby was delivered on the singer’s bathroom floor, with the help of her husband, NBA star Iman Shumpert. After that, Taylor worked on her body. Clearly, that’s an understatement, because Teyana Taylor’s body is more toned and sleek than it has ever been before.

In Teyana Taylor’s new video “Fade” by Kanye West, she does a steamy workout in a gym. Sweat pours and her oiled body moves to the rhythm of the music. The video is inspired by the iconic Flashdance movie of the ’80s. After the hot, sweaty workout, Taylor enters the shower where she has an intense make out session with her real life husband, NBA star Iman Shumpert. After the make out session, Taylor morphs into a cat and is seen with her eight month old baby and some sheep. Kanye, of course, refers to the video as art.

That’s right. Taylor is seen with some white sheep. The video is weird and tough to watch, as it is sensual, and extremely sexual, to the point where you might want to ask your kids to leave the room. The video is being watched by people as the news of its release spreads. It is bound to be controversial like West’s last video, “Famous” but what else do we expect from Kanye West? There is one good reason to see this video “Fade,” and that is a slim and sexy Teyana Taylor!