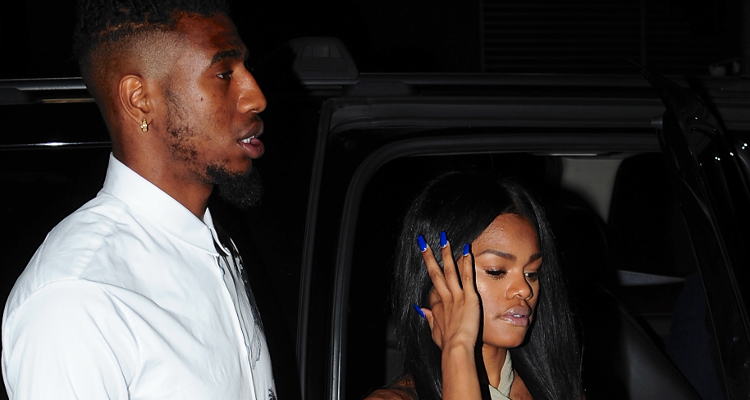 Taylor is of African-American and Trinidadian descent. Taylor is the only child on her mother’s side. She has two brothers and one sister on her father’s side. Taylor was raised by her mother and her mother later became her manager. She started singing when she was barely nine years old, when she started taking part in singing competitions. Taylor has been influenced by artists like Michael Jackson, Stevie Wonder and Lauryn Hill.

Taylor’s husband is NBA basketball star, Iman Shumpert, who plays for the Cleveland Cavaliers. In fact, he won the NBA Championships with the Cavaliers in 2016. Previously, he used to play for the New York Knicks. He and Taylor have a baby girl named Iman Tayla Shumpert Jr. There is actually a dramatic story behind their baby girl’s birth; Taylor went into labor early and there was not enough time to take her to the hospital. So, Taylor delivered the baby right on the bathroom floor, assisted by her husband Shumpert! Shumpert says that since then, the bathroom has become a sacred place in their house.

Mother is a Guiding Force

People often ask, “Who are Teyana Taylor’s parents?” Taylor’s mother is named Nikki Taylor and she is currently Taylor’s manager. Nikki has money of her own and has connections to the fashion industry. Teyana Taylor’s father is another matter all together as she has no relationship with him. Not Taylor’s mother raised her on her own, and there really isn’t much mentioned of her father at all, other than the fact that he has fathered several children with other women.

The effect of Taylor’s father’s irresponsibility has been that Taylor has become a very ambitious and responsible woman. Recently, she has been asked to design two pairs of shoes for Adidas. One has already been introduced in 2013, while she is working hard on the other pair now. Lately, Taylor has also ventured into acting. With a husband, baby and her singing and acting career, Taylor has more than she can handle on her hands right now. She is one of the hottest new stars to look out for, so keep an eye out for her!