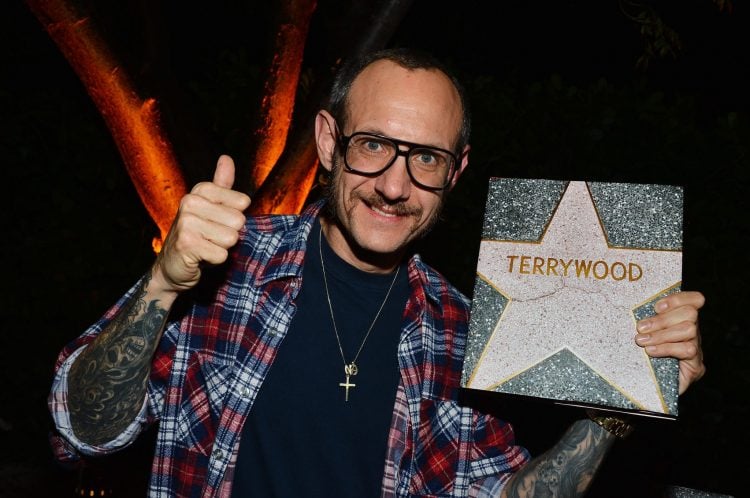 In the wake of Harvey Weinstein’s sexual harassment and assault allegations, many other stories of sexually inappropriate behavior against other public figures are starting to come out, or return to the surface. The most recent allegation is against fashion photographer, Terry Richardson. He isn’t a household name, so many people may be wondering who he is. In our Terry Richardson wiki, we’ll look at the life and career of the photographer, as well as the allegations of Terry Richardson’s sexual assaults.

Terrence Richardson was born on August 14, 1965, in New York City, New York. His mother, Norma Kessler, was an actress. His father, Bob Richardson, was a fashion photographer who battled with drugs and mental illness most of his adult life.

When Terry Richardson’s parents divorced, he lived with his mother, and the family relocated to California. There, he developed a love of punk rock and became the bass player for The Invisible Government and some other local punk bands.

Getting the band back together ???

Richardson eventually picked up a camera and began documenting the local scene through photos. He quit punk rock and focused on being a photographer in 1992.

He Is a Professional Photographer

Richardson began his professional career by capturing the New York club scene, but quickly made his big break with a fashion spread for Vibe magazine, which helped him get a job photographing Katharine Hamnett’s 1995 spring collection.

Richardson also broke into the world of music video direction with videos for Beyoncé and Miley Cyrus.

It wouldn’t be long until allegations of sexually inappropriate behavior began to arise.

The first allegations of sexual assault aimed at Richardson appeared in 2001. Canadian model Liskula Cohen accused him of asking her to strip naked and pretend to give a man a sex act, with the man supposedly being one of Richardson’s friends instead of a model. This was for a Vogue photoshoot, an incredibly high-profile job, but Cohen walked out.

In 2004, model Gabriela Johansson sued Richardson for fraud after photos of her appeared on his website. Johansson claimed that Richardson coerced her to do nude photos with the promise of future jobs. But when she became uncomfortable, their casting session was terminated. The lawsuit disappeared, possibly due to a settlement, although this hasn’t been confirmed.

Richardson’s book, Terryworld, is filled with images of nude models and sexually provocative scenes. When it was first published, there were allegedly numerous models threatening to sue, all of which allegedly settled before they made it to court.

In 2009, model Sena Cech accused Richardson of asking her for a “violent hand job” during a shoot. And if you search the Internet, the allegations seem to go on forever, although Richardson denied them all.

In the wake of Harvey Weinstein’s current accusations, more and more people, including those visible in the entertainment industry, are starting to take a stand against sexual harassment. With that, the allegations against Richardson have risen again, but this time, people are taking notice.

As of this writing, it appears that Terry Richardson was banned in an unofficial blacklist of sorts. Media conglomerate Condé Nast International apparently sent out a memo saying that they will not work with Richardson again, and any current projects should be terminated where possible. This means that Terry Richardson’s Vogue, GQ, Glamour, Vanity Fair, and Wired work probably just dried up.

Terry Richardson’s net worth is approximately $5.0 million. But given the current circumstances, it may not be that much for long.