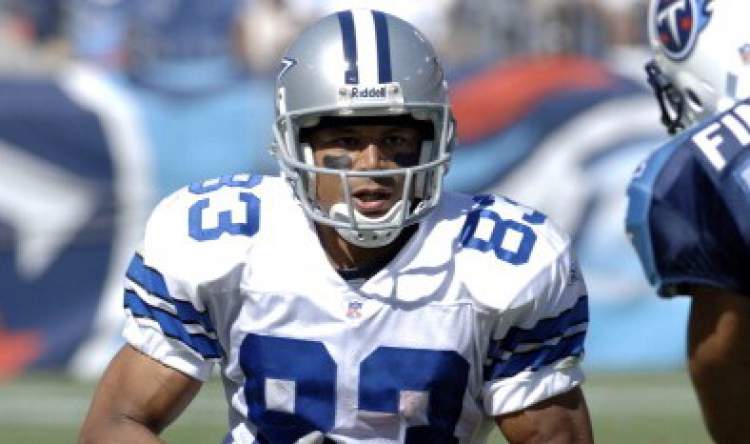 It was announced that the NFL lost one if it’s beloved players and fans can’t believe the news. Former football player Terry Glenn’s death was reportedly due to a car accident, and now, fans are wondering what exactly happened. Many who are unfamiliar with the wide receiver are looking to everything about him; from Terry Glenn’s net worth to his stats and lucrative career, we’ve got all you need to know right here.

Terry Glenn was born on July 23, 1974, in Columbus, Ohio, where he played college football at Ohio State University. Terry Glenn’s NFL career started in 1995 with the New England Patriots, where he played wide receiver. He would later play for the Green Bay Packers and Dallas Cowboys and his career ended in 2008 due to injuries. Glenn had 593 receptions, 44 touch downs, 8, 823 yards and helped the Patriots get to the Super Bowl XXXI.

Terry Glenn’s fiancée was Verina LeGrand, who was also reportedly hurt in the accident. Read on to learn more about the horrific accident and Terry Glenn’s death, below.

Glenn reportedly died at Parkland Memorial Hospital in Dallas on Monday morning and the Irving (Texas) Police Department told ESPN that the cause of the crash is currently under investigation.

New England Patriots head coach Belichick commented on Glenn’s death in a conference call saying, “I was pretty close with Terry. His rookie season was my first year here in ’96, so I had a lot of interaction with him and other people that were involved in his life and his upbringing separate from the Patriots. Terry’s a very smart individual. Had, obviously, a lot of physical skill and talent. Could do a lot of things on the football field very naturally. And I think was, deep down inside, a good person with good intentions and a good heart. Obviously, it’s a very unfortunate passing and a sad day. It’s sad news.”

Glenn’s Patriots contract was extended through 2007, but his net worth is unknown at this time.

“Our concentration remains on our preparations for the Cleveland Browns this week,” said head coach Belichick. “But clearly, we are happy to have secured the services of Terry Glenn to a long-term contract. He is an integral part of our offense.”

“It is very gratifying to have the opportunity to remain a Patriot for the next eight years,” said Terry Glenn. “I want to thank Robert Kraft and the New England Patriots for the opportunity to be a part of all the future success this team is going to have. I am committed to doing all that I can to help the Patriots return to the Super Bowl and to win an NFL title.”

When Glenn was partnered with the Dallas Cowboys, he signed a $20.0 million contract for five years when he was 32, which was in 2006. The contract ran through 2010 but Glenn retired in 2008 and lived a relatively low-profile life after that. It was also around the same time Terrell Owens signed his three-year, $25.0 million deal with the Cowboys.

“We’ve been trying to do something and have talked about it for a while. It finally came together,” said Glenn’s agent, Jimmy Gould. “He’s excited about it. With he and T.O., it’s a good deal.”

So, as far as Terry Glenn’s net worth, an exact amount may not yet be confirmed, but his initial contract was worth millions back in 2006. Now that Glenn has passed, it’s possible memorabilia and others items endorsed in his name could be worth some value someday.