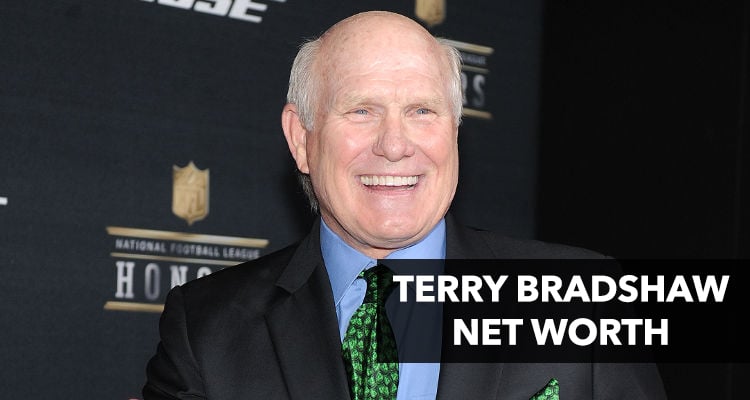 Terry Bradshaw is a famous former American football player, and his net worth is estimated to be around $10.0 million. Now that he will be a part of new reality television series Better Late Than Never, we thought you should know a little about him.

He was born as Terry Paxton Bradshaw on September 2, 1948 in Shreveport, Louisiana. His parents are Novis (Gay) and William “Bill” Marvin Bradshaw, who was a veteran of the United States Navy. Most of Terry’s childhood was spent in Camanche, Iowa. Since his childhood he was fond of playing football and decided to be a professional football player when he grew up.

for college, Terry accepted admission to Louisiana Tech University in Ruston. He was also a member of the Tau Kappa Epsilon fraternity.

For those of you who are wondering, is Terry Bradshaw married? He is married to Tammy Bradshaw. Tammy was Terry’s girlfriend of fifteen years and the pair tied the knot in the 2014. Terry got married three times before settling down with Tammy! He was married to Melissa Babish, JoJo Starbuck, and Charla Hopkins. He has two daughters with his third wife, Charla Hopkins. His daughters are Rachel and Erin Bradshaw.

Who Did Terry Bradshaw Play For?

Terry played in the National football league, in the year 1970, he was the first player selected by the Pittsburgh Steelers. Terry won four Super Bowl titles in a 6 year span, and he was the first ever quarterback to complete this task. He also helped the Steelers get to the AFC Central championships eight times. In the year 1989, he was inducted into the Pro Football Hall of Fame!

Terry’s physical skills, powerful arm, and leadership abilities were some of the driving forces behind the Steelers’ success. Bradshaw was a tough competitor for other players, passing more than 300 yards in a game multiple times; three times during post season, and two other times during Super Bowls.During the four Super Bowl games, Terry passed a total of 932 yards and completed 9 touchdowns. Both of these accomplishments still remain as Super Bowl records.

Terry is a former football player as well as an actor. After he retired from NFL, he appeared in a number of TV shows. Additionally, he has also appeared in several television commercials for companies like Radio Shack and NutriSystem. He was also there in famous sitcoms like, Everybody Loves Raymond, Married with Children, and The League. Bradshaw has also acted in many major movies such as Hooper in 1978, Cannonball Run alongside Burt Reynolds, and Smokey and the Bandit II. Terry was the first and only NFL player to receive a star on the Hollywood Walk of Fame. He received his star on October 11, 2001.

Recently, Terry is a part of the Better Late Than Never cast. The show has already started and has various other famous football players. The show also includes four famous American celebrities who will travel around Asia without any luxury. They will simply backpack across the continent to experience various other cultures, and with a cast including Henry Winkler, George Foreman, and William Shatner, we have no doubt this series is going to be simply hilarious!

Terry’s net worth is due to his long association with football, and now that he is a part of the new show, there may certainly be an increase in his net worth!