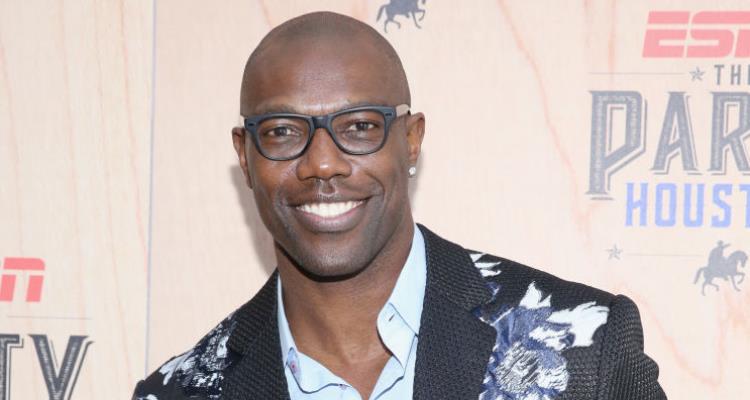 Is retired football player, Terrell Owens a free agent? And by “free agent,” we mean single! Who is Terrell Owens dating? Lately, it seems that’s what fans would like to know. The Terrell Owens dating timeline is a bit of a mystery, but many are wondering who the veteran receiver could be dating now. If you want more information, then stick around, because we have the details.

Terrell Eldorado Owens was born on December 7, 1973 in Alexander City, Alabama. He attended Benjamin Russell High School and was later recruited by the University of  Tennessee at Chattanooga (UTC). Over the span of his 15-year-career as a wide receiver, he was known as one of the best in the game. Owens played for the San Francisco 49ers, The Philadelphia Eagles and the Dallas Cowboys, and entered his 14th season with the Buffalo Bills. Owens also had stints with the Cincinnati Bengals and the Seattle Seahawks. In other words, he’s got a full resume and a lot to show for it!

Owens is also a motivational speaker, philanthropist, entrepreneur, fitness expert and humanitarian. Did we mention that he models, too? Well, he does! He’s a regular Jack of all trades and hasn’t slowed down since he left the football field behind. (It looks like he’s still on that indefinite hiatus!)

It’s been a while since we have seen a Terrell Owens girlfriend, but the 43-year-old could be dating anyone at the moment. With a full resume like his, it’s easy to think that the veteran receiver has a full schedule. But every once and a while, you make time for what you believe is important.

Does anyone remember Terrell Owens’ wife? That’s right—he was hitched, but not for very long. The former Eagles player was married to Rachel Snider, a postal worker from Texas, on January 23, 2014. TMZ reported that the ex-Eagles receiver filed for divorce on —wait for it—Valentine’s Day! There’s nothing more romantic than being served on Valentine’s Day, right? Surprisingly, his marriage to Snider was even shorter than Kim Kardashian West’s to Kris Humphries! Snider claimed that Owens only married her for her money, due to his financial issues at the time, but neither of them received spousal support. According to Snider, Owens (who almost went to prison for not paying child support) used her money to receive a $2.0 million loan for a home in Sherman Oaks, California! Snider also commented about Owens on Twitter about appearing on an episode of Celebrity Wife Swap. Owens appeared on the show with his friend “Melissa” when his “legal wife” was still in Texas.

“Not to be mean or negative but I’m honestly glad it’s over with,” Owens told TMZ. “I learned my lesson and my life is in a much happier place.”

Terrell Owens is a Father

Terrell has also added “father” to his resume, as he has four children: Kylee, Dasha, Terique and Atlin. Their mother’s identity is unknown, but you can see pics of his kids on Terrell’s Instagram account. From family outings and embarrassing photos to charities and philanthropic work, Terrell’s life is an open book.

HAPPY 16th BIRTHDAY @terique_owens!!! So blessed to have you in my life. Hope you've had a great day. I can't believe how time flies. #photooftheday #birthday #bishopodowd #10thgrade ?? #tfl

There’s a GIF Being Made about Him

Another reason Owens is making headlines is because he’s at the center of touchdown GIFs. The NFL is looking to cut back on the touchdown celebration restrictions, in order to bring some fun back to the game. It’s about time! Anyone who’s familiar with Owens’ record, knows that he was never afraid to put on a show and give fans exactly what they wanted. When it comes to touchdown celebrations, no one does it like Terrell Owens. Maybe we could see him bring those moves to Dancing with the Stars next! Afterall, we did just see NFLer, Rashad Jennings win it!