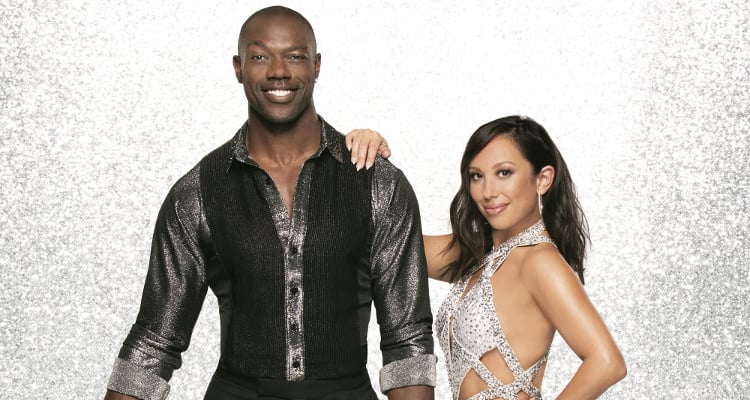 After the show’s premiere last week, a lot of the Dancing with the Stars cast impressed both judges and viewers. With only one episode down, it already looks like some couples are in hot water. Will they be able to step up their game this week?

Also Read: Lindsey Stirling Wiki: Everything to Know about the “Dancing with the Stars” 2017 Contestant

Terrell Owens on Dancing with the Stars

Owens became known for his “Bird Dance” with every touchdown while playing with the Philadelphia Eagles. The 43-year-old wide receiver played with several other NFL teams like the Buffalo Bills, San Francisco 49ers, Dallas Cowboys, and Cincinnati Bengals. However, his time with the NFL was riddled with controversies, typically involving locker room violence, and comments made in interviews. Despite a successful football career, his net worth is surprisingly estimated to be $0.0. According to sources, Owens told a judge in 2011 that he was broke and does not earn a monthly income because he was not playing in the NFL. The documents submitted in court allegedly explained that Owens had to pay $60,000 a month for different baby mamas , with an additional $63,000 for their respective homes. Though assumed to have been retired, Owens cleared the air in 2015 and announced that he was just on hiatus. As of now, there is no news about if or when he plans on returning to the NFL.

I Am A PROTOTYPE.

His stint on Dancing with the Stars is not Owens’ first time on reality TV. He was also on season 14 of Celebrity Apprentice, which was six years after he had his own VH1 show, The T.O. Show, which ran for three seasons.

This will be the 20th time Dancing with the Stars veteran Cheryl Burke has competed for the Mirrorball Trophy. She is the first female professional dancer to win the title, and to do so two consecutive times. Burke took a season-long break from the dance reality show, but is back with a bang for season 25.

The 33-year-old had a passion for dance at a very young age. She is a known name on DWTS, competing on the show since season 2, which she won with her celebrity partner, Drew Lachey. It was with retired NFL player Emmitt Smith the following season that Burke took home her second Mirrorball.

Also Read: Derek Fisher and Sharna Burgess on “Dancing with the Stars” 2017: Basketball in the Ballroom

Owens and Burke did the cha-cha during the premiere of Dancing with the Stars season 25. The judges thought that there was a lot of room for improvement, and scored the pair a 15 out of a possible 30 for their first performance. They danced to “Ain’t Too Proud to Beg,” by The Temptations. Their low score could possibly be because the two did not get as much rehearsal time, according to Burke who said, “Terrell was a last minute addition to the show, so we are not where everybody else is in terms of rehearsing. They have had three weeks to train and we, unfortunately, only had seven days before the first show. In a way, it’s a good thing that we didn’t have a lot of time, because it’s training him to learn a dance in a short amount of time. We don’t have three weeks to train for each dance, so at least he knows that’s the actual pressure of the show. You really only have a few days to learn a new dance.”

Some viewers think the pair did a lot better than their score, and feel as though the judges were too harsh. Hopefully, things will go better for the couple this week, as Owens has a better idea about what he is up against. Talking about her dance partner, Burke said, “I have to say, in just that short amount of time, Terrell is doing amazing; he is in great shape. The fact that he’s an athlete helps as well, because he is used to being coached. It’s as if he just got off the football field, and he really takes good care of his body. Terrell is known for his touchdown dances. I’m going to incorporate some of that choreography into our dance for the first week.”

The height difference is a small concern for Burke, as Owens is over a foot taller than her 5’4” frame, but they are determined to make it work.

Cheryl Burke and Terrell Owens must be practicing extremely hard on their next dance. If you do not want to miss it, then make sure you tune into ABC at 8:00 p.m. EST on September 25.

Also, if you did not see their first dance, then you can check it out right here: