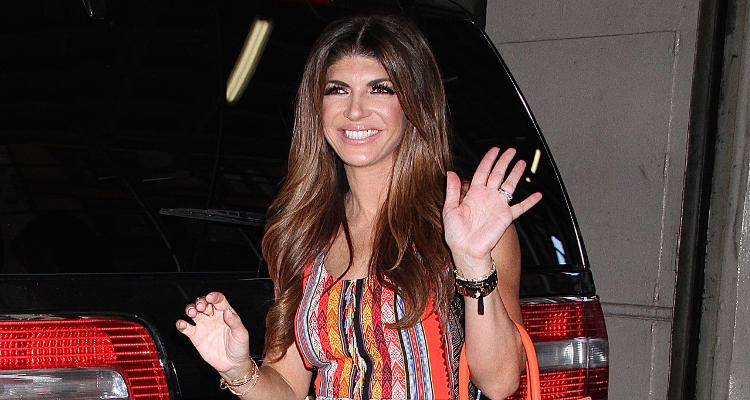 Real Housewives of New Jersey star Teresa Giudice is a household name thanks to her best-selling cookbooks as well as her controversial personal life.

For all the devoted fans of The Real Housewives of New Jersey who are Googling “Teresa Giudice wiki” or “facts about Teresa Giudice,” you’ve come to the right place. Read on to find out all the juicy details about your favorite reality TV star’s tumultuous life. Here are five facts you need to know about her:

The 44-year-old was imprisoned for 11 months on charges of conspiracy to commit fraud. Her husband, Joe Giudice, is currently serving a 41-month prison sentence. The couple filed for bankruptcy in 2009 but later withdrew their petition. In 2013, they were charged with conspiracy to commit bank fraud, mail fraud, and wire fraud. They were also charged with making false statements on loan applications and with bankruptcy fraud. Teresa Giudice was released from prison in December of 2015

Joe Giudice, a restaurateur, was also charged with tax evasion for failure to file his taxes from 2004 to 2008 and for using his brother’s birth and marriage certificates to obtain a drivers license since his own was suspended due to a DUI arrest. He stayed with the couple’s four children while Teresa served her sentence first. Now he’s in prison serving his time calling it “the easy part” of his struggle.

Teresa Giudice is the proud mother of four beautiful girls: Gia (15), Gabriella (11), Milania (10), and Audriana (6). The entrepreneur has a hair care line named after her daughter Milania. Teresa and her husband were allowed to serve their prison sentences separately so that one parent would be able to live with their children.

The Real Housewives of New Jersey

Teresa has been a part of the show since season 1, and her sister-in-law, Melissa Gorga, is also a fellow cast member. The show’s season 7 premiere was based on Teresa’s release from prison and subsequent reunion with her four daughters. She allowed the cameras to film the entire event and proclaimed, “The day I came home it felt like a dream. ‘Am I really home?’ But it was like I never left. [sic]”

Besides being an author and entrepreneur, Teresa Giudice created her own line of cocktails. In 2012, she appeared on the reality show The Celebrity Apprentice season 5 and raised $70,000 for her charity. She is currently back on The Real Housewives of New Jersey after spending almost a year in federal prison for her crimes. She recently confessed, “I’m coping the best I can. Listen, I love my husband … I think I’ve changed … I’ve grown from doing yoga. I’m very zen now.”