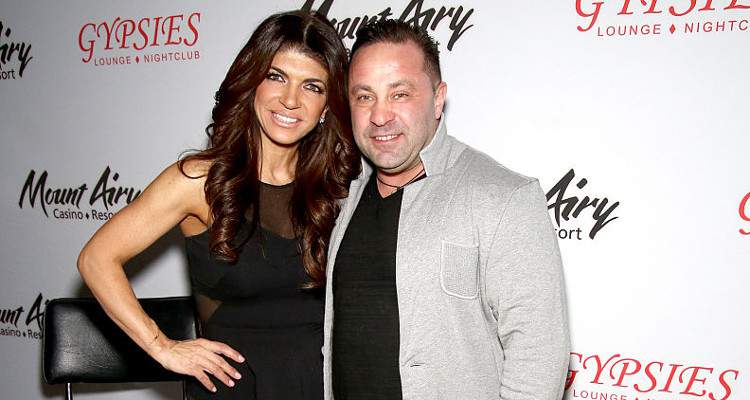 Financial trouble started to hit the Giudices, who filed for bankruptcy in 2009. However, they withdrew their petition the following year. On March 4, 2014, Joe and Teresa pleaded guilty to committing mail, wire, bank, and bankruptcy fraud.

When Did the Trouble Start?

Teresa took to Instagram and posted a photo of herself and Loren La Forge-Kyriakoulis, a New Jersey divorce attorney, which reportedly had the caption, “Dinner with a great friend getting great advice,” which was later changed to, “Dinner with a great friend lots of laughs.” This had people speculating that Teresa might be planning to divorce her husband. But the rumor about their marriage being over were shut down by Teresa’s attorney.

'RHONJ's Teresa Guidice not allowed holiday visit with jailed husband! According to a Page Six report, Giudice has still not been approved to visit her husband Joe Giudice in a federal prison in Pennsylvania, where he is serving a 41-month sentence for bankruptcy fraud, conspiracy to commit wire and mail fraud and failure to pay his income taxes. The situation has come about because Joe was recently transferred from the Federal Correctional Institute at Fort Dix to the Federal Correctional Institute in Allenwood, Pennsylvania.When Joe was transferred, Teresa was required to reapply for visitor clearance at the new prison. The approval process can take six weeks; Joe was transferred around Thanksgiving, so that process is reportedly still ongoing. But the holidays don't appear to be all bad for the famed table-flipper: According to TMZ, Teresa made do by taking her four children on a trip to Mexico for Christmas. Joe is set to be in prison until March 2019. His time in prison has been tumultuous. Shortly after he entered prison in 2016, Immigration and Customs Enforcement placed a detainer on him. Joe's parents immigrated to the United States from Italy when he was 1 year old, and they never had him naturalized as a U.S. citizen. The move means Joe could face more time behind bars and deportation back to Italy. In September, Joe's immigration status was a reason why he was reportedly barred from entering an alcohol counseling program for prisoners at the Fort Dix facility. #realhousewivesofnewjersey #rhonj #teresagiudice #andycohen #bravo #livandnickii #livnickii @liv.nickii #siggyflicker #melissagorga #margaretjosephs #dolorescatania #daniellestaub

Teresa Giudice’s lawyer, James J. Leonard Jr. said, “It’s extremely sad that there are actually people out there and semi-reputable media outlets who seem to take pleasure in perpetuating horrible rumors and fake news stories about this family,” adding, “Haven’t they been through enough? Haven’t the children suffered enough? People need to let this family live their lives. Enough is enough. No one is cheating, no one is getting divorced. The truth is they can’t wait to be together again.”

In fact, he claims that, despite their personal problems, the couple are stronger than ever. He said, “These last few years have been very challenging and very difficult. Both Joe and Teresa have each lost a parent, have both experienced incarceration and have both been without one another for long periods of time. I can tell you from having deeply personal conversations with both of them, what they want more than anything is to be together with one another and their children and move forward to brighter days as a family.”