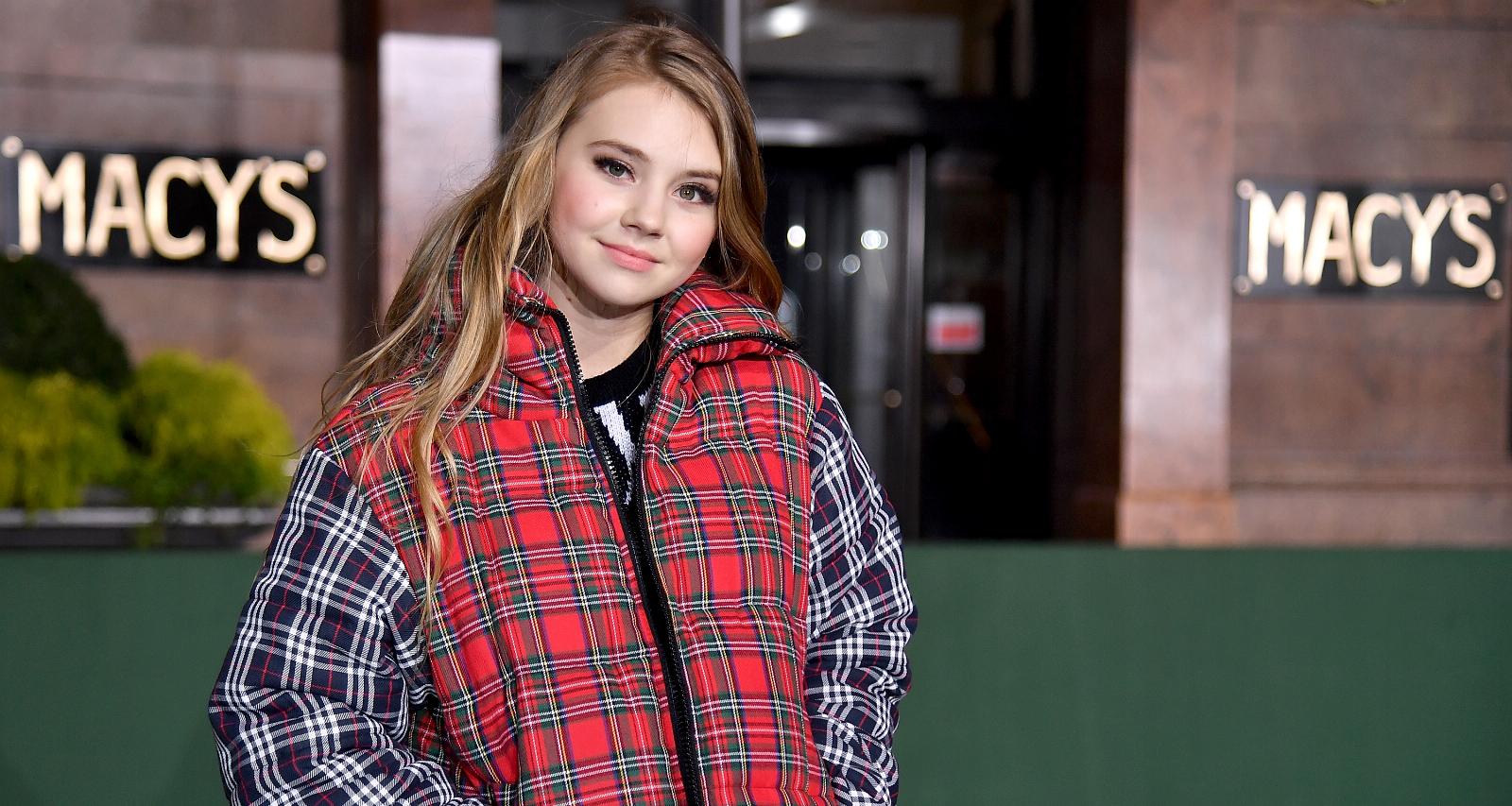 Thursday (Nov. 22) marked the 92nd annual Macy’s Thanksgiving Day Parade, and fans lined up for the celebration simply loved Tegan Marie’s performance along with others from Rita Ora and John Legend! Fans of country music consider 15-year-old Marie to be the next best thing in the genre, and we have all details about how she got here. If you’re confused about Marie appearing on America’s Got Talent, then this wiki ought to clear things up!

Born on October 25, 2003, Tegan Marie, age 15, is the current, young singing sensation in the world of country music who hails from Flint, Michigan. She has been singing for as long as she can remember, and nowadays is partnered with bigtime songwriter Nathan Chapman, who also worked with Taylor Swift.

Her Facebook bio reads, ”Tegan picked up a guitar at 6, wrote love songs at 8, and was playing national stages by 11. Her sweet, clean vocals and sensitive interpretations have tween and teen girls across the nation clamoring for more.”

Had an amazing day performing at the Arthur Ashe Kids' Day yesterday! And I'll be on Good Morning America tomorrow!!! So make sure you tune in for that and tell all your friends ?????

How Did Tegan Marie Become Famous?

Call it a well-used formula, or a coincidence, but posting a home video showcasing their talent has given many artists their big breaks. And for Marie, her father was her angel.

Most people familiar with the “for girls” site, SweetyHigh.com, know that the video Tegan Marie posted when she was just seven is what caught the attention of producers and fans alike.

One of them was Zelle, a music video producer who’s worked with big names like Britney Spears in the past.

Marie’s parents helped her on her path to success by giving her that initial push after uploading her videos on the website.

Happy Father's Day to this kind and loving soul, my Dad! Thank you for always taking care of me. I love u! ❤ pic.twitter.com/i1zyVK6ZX8

With the help of a karaoke machine, the gifted teen began her career by uploading cover videos, which began attracting thousands of listeners.

She gained popularity instantly, in her local community as well as statewide, and got the boost she needed to get her big break!

She was 13 when she signed on with Warner Music Group, which helped her put her name on the charts! She became the youngest music artist in 45 years to sign with a leading country music label.

Also Read: Everything You Need to Know About The Troubled Rapper, Tekashi69

While it’s very easy to associate this kind of talent with the famous reality-competition show America’s Got Talent, Marie did not take part in AGT. Fans of the youngster had been suggesting that she get on the show, but Marie likely didn’t need the platform, since she’d already established herself.

Will Tegan Marie ever appear on AGT? Looking at her popularity now, especially in country music, she just might accept an offer to come on as a guest judge if given the chance!

As of now, she’s focusing on producing some soulful music that not only attracts teenagers, but all country fans.

New Piano Version for #IKHTMABC Head over to YouTube and check it out! ? ? ? Link in Bio

One of her most famous songs is “Keep It Lit” and the video has received over five million views on YouTube. Marie has also sung some other hit songs like “I Know How To Make A Boy Cry” and covers of Carrie Underwood songs like “Mama’s Song.”

You can find all of her original songs and covers on her YouTube channel, Tegan Marie.

She recently performed her original songs at the Macy’s Thanksgiving Day Parade, where she met a whole bunch of stars like actress and comedian Tina Fey.

She and the Girl Scouts partnered to make the show a hit, and her videos are definitely hitting that sweet spot on the Internet!

Along with performing at concerts in and around Michigan, Tegan Marie has also taken the spotlight at the Radio Disney Awards, CMA Music Fest, and some local cafes and events.

You can catch her next on her tour in Nashville on December 8 and December 13. Tickets for the show are available on her official website.

Marie is loving the path she’s on now, and is completely engaged in her music and her growing career in the music industry. And we’d like to wish her all the best in what’s sure to be a bright future!

Also Read: Ronnie Banks’ Wiki: A Musician, Dad, & YouTube Star All at the Age of 20!